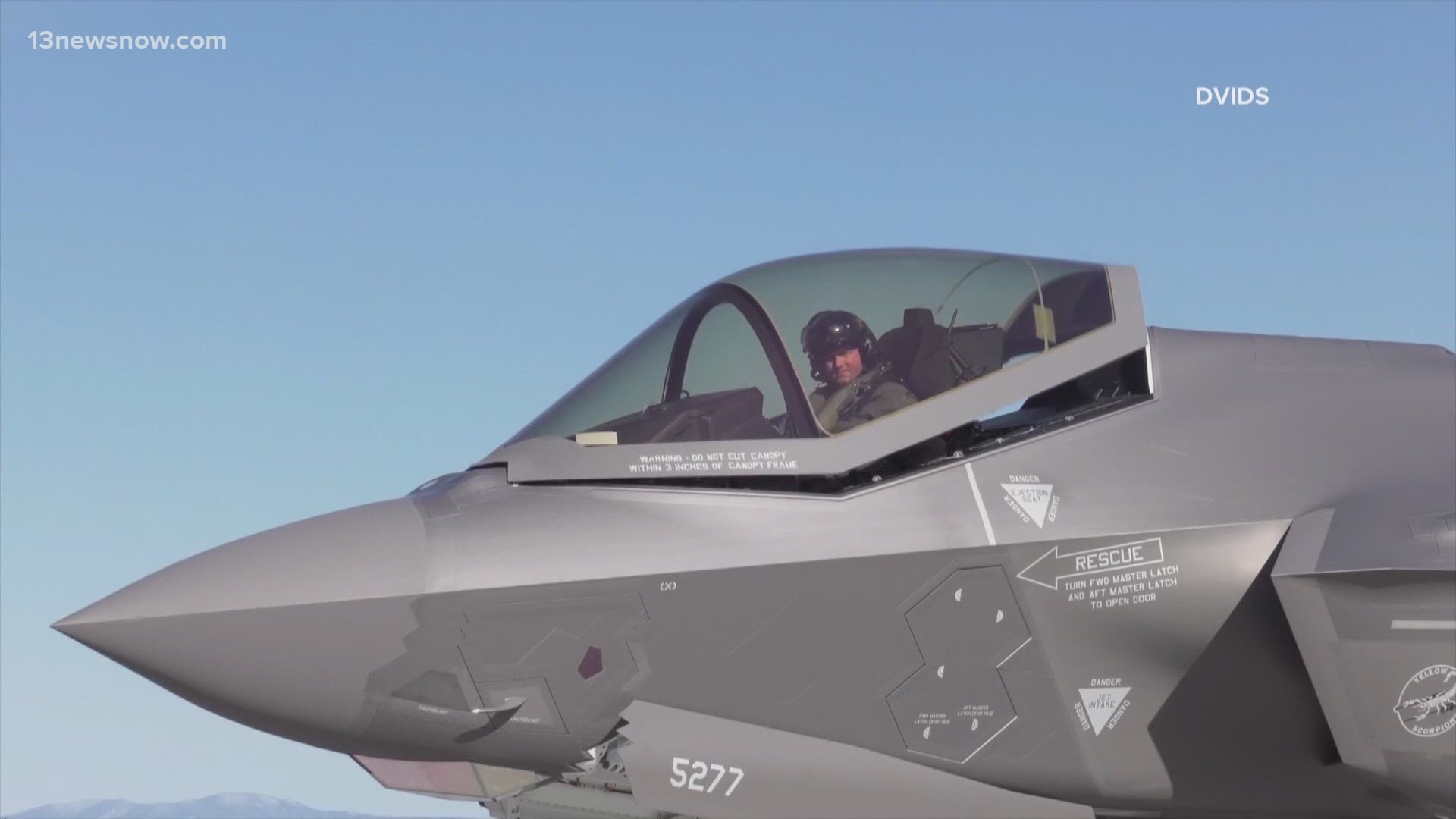 Those are some of the highlights from Capitol Hill, as House subcommittees outline their military priorities for next year and craft their versions of the 2021 National Defense Authorization

A great deal of attention is being devoted to the $478 billion F-35 Joint Strike Fighter program, which, the Government Accountability Office last month said is "not meeting standards."

There would be strict oversight on cost overruns, requiring the Secretary of Defense to to brief Congress before full production funding is granted.

Additionally, lawmakers are insisting that the Pentagon conducts a study to determine the root causes of all physiological episodes that have been reported in the jet, and to report back to them within 180 days.

"And regarding the F-35 Joint Strike Fighter program, the mark -- through appropriate levels of oversight -- builds off previous committee action and works to ensure that the F-35 will have a successful, full-rate production decision, as well as a fully reliable and affordable plane for the future," said Rep. Vicky Hartzler (R-Missouri).

Among  other key takeaways from the six House Armed Services subcommittees:

Troops would get a three percent pay raise, and the active force would be increased by an additional 12,000 personnel. The Navy would get eight new ships, including a second Virginia Class submarine that was not included in its budget request.

House lawmakers would limit the Navy's operational and maintenance funding to 75 percent of what it requested, until the D.o.D. delivers the long overdue 30-year shipbuilding plan.

"This is a great mark that seeks to accelerate investments and critical capabilities necessary to deter conflict and win the peace," said Rep. Rob Wittman (R-VA., 1st District).

Said Rep. Elaine Luria (D-VA., 2nd District): "As representative of a district that is home to thousands of service members and military families, advocating for the needs of those who serve through the NDAA process is critical for our community. I look forward to continuing to work with my colleagues on both sides of the aisle to improve this bill.”

The full House is expected to vote on July 1. Then, lawmakers from both chambers later this year will hold a conference to negotiate the final version of the NDAA.