The move could mean billions of dollars for Newport News Shipbuilding. 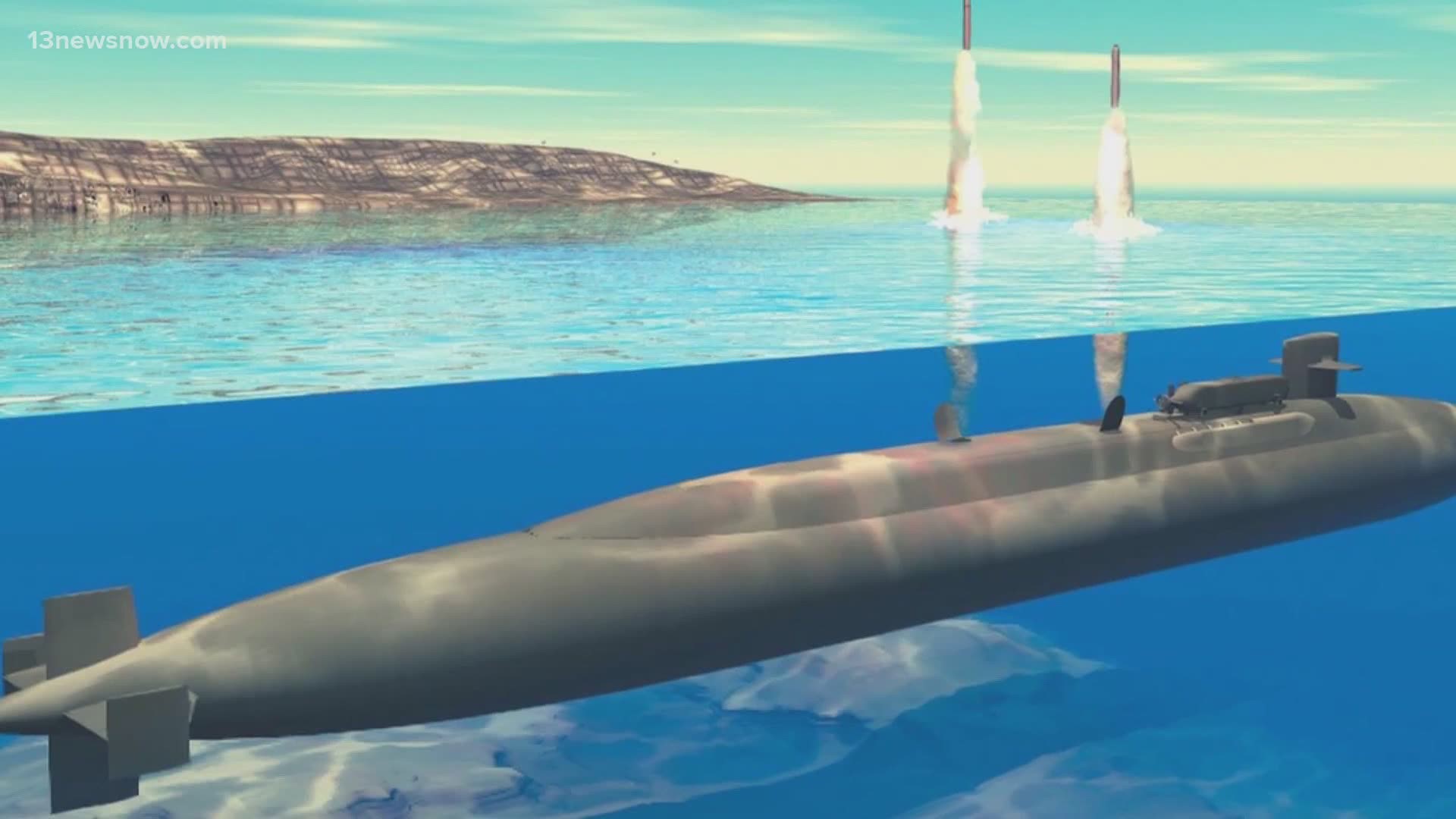 WASHINGTON — Under a draft approved this week by the House Armed Services Seapower and Projection Forces subcommittee, the Navy would get a second Virginia-class attack submarine in the 2021 National Defense Authorization Act.

"This reverses one of the most confounding elements of the budget elimination of the Virginia-class submarine, which would have disrupted the two-a-year build rate for the first time in a decade," said Rep. Joe Courtney (D-Connecticut).

Rep. Rob Wittman (R-Virginia, 1st District) added: "With the Navy proving the industrial base has the capacity to execute this submarine, and the Chief of Naval Operations Admiral Gilday indicating this is his number one unfunded requirement, it is imperative that the Congress moves to alleviate this sharp reduction in overall attack submarines."

"With the construction of 12 Columbia class submarines in a timeline-constrained effort and a proposed investment of almost $110 billion, we must get this right," said Wittman.

Much money is at stake; a Virginia-class sub costs around $2.8 billion while the Columbia-class sub will cost about $8.8 billion. And that work and money would be divided between the two companies which build the vessels in a unique partnership: General Dynamics Electric Boat in Groton, Connecticut, and Newport News Shipbuilding.

"The announcement of the pending appropriation for the submarines is significant in that even for Newport News, it's a multi-billion dollar deal. It translates into thousands of jobs," said Tidewater Community College Business Professor Peter Shaw. "So if you've got big paychecks in the hundreds of millions or billions of dollars being pumped into the economy, this is definitely a positive event for Hampton Roads, especially given the pandemic economy climate we're in now."

"This is the first step in a long and complex budget process, and we will continue to work closely with the Navy and Congress as the process moves forward. The addition of a second Virginia-class submarine, and the required advanced procurement, maintains the current two ship per year build rate which supports the critical submarine industrial base.”