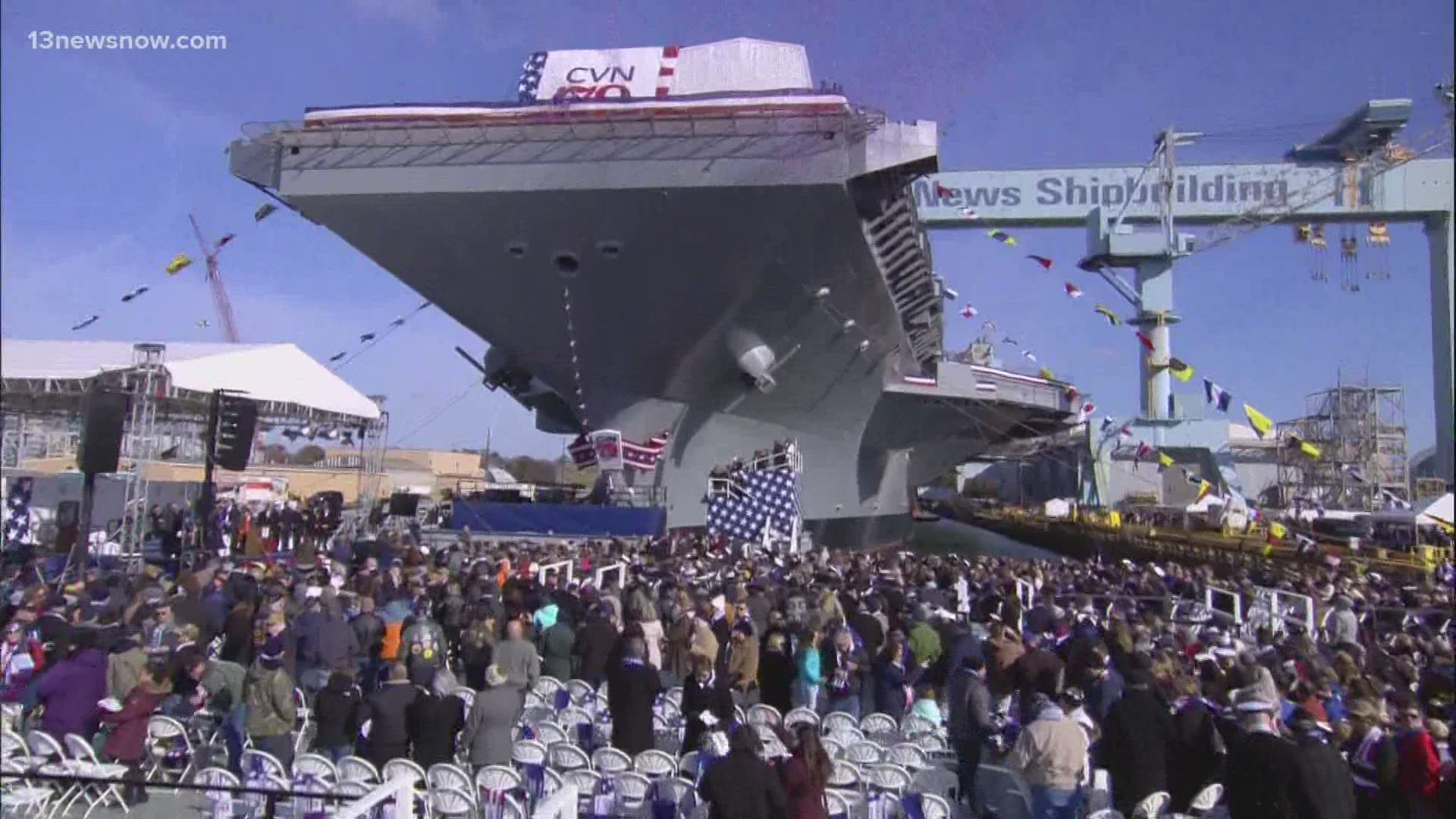 As makers of nuclear-powered aircraft carriers and submarines, HII is the nation's largest military shipbuilding company, operating both Newport News Shipbuilding here in Virginia and Ingalls Shipbuilding in Pascagoula, Mississippi.

They employ more than 6,400 military and current members of the reserves and National Guard.

"They share our corporate culture, our values," he said. "They have that sense of mission, that higher purpose. We're building aircraft carriers and submarines, things that are supposed to do what they're supposed to do, when they're supposed to do it. And our veterans get that. Not only that, but safety is paramount to everything we do at the shipyard. And that's second nature to my fellow veterans."

Camp continued: "It's extra sweet this year for the entire enterprise across Huntington Ingalls Industries, us, Ingalls Shipbuilding, all of our divisions being recognized not only for our veterans' hiring, but our retention."