She died from toxic exposure in Iraq. Now she'll be memorialized on the ocean floor.

Lauren Price came home with debilitating health issues caused by toxic exposures she endured while serving. She died in 2021. 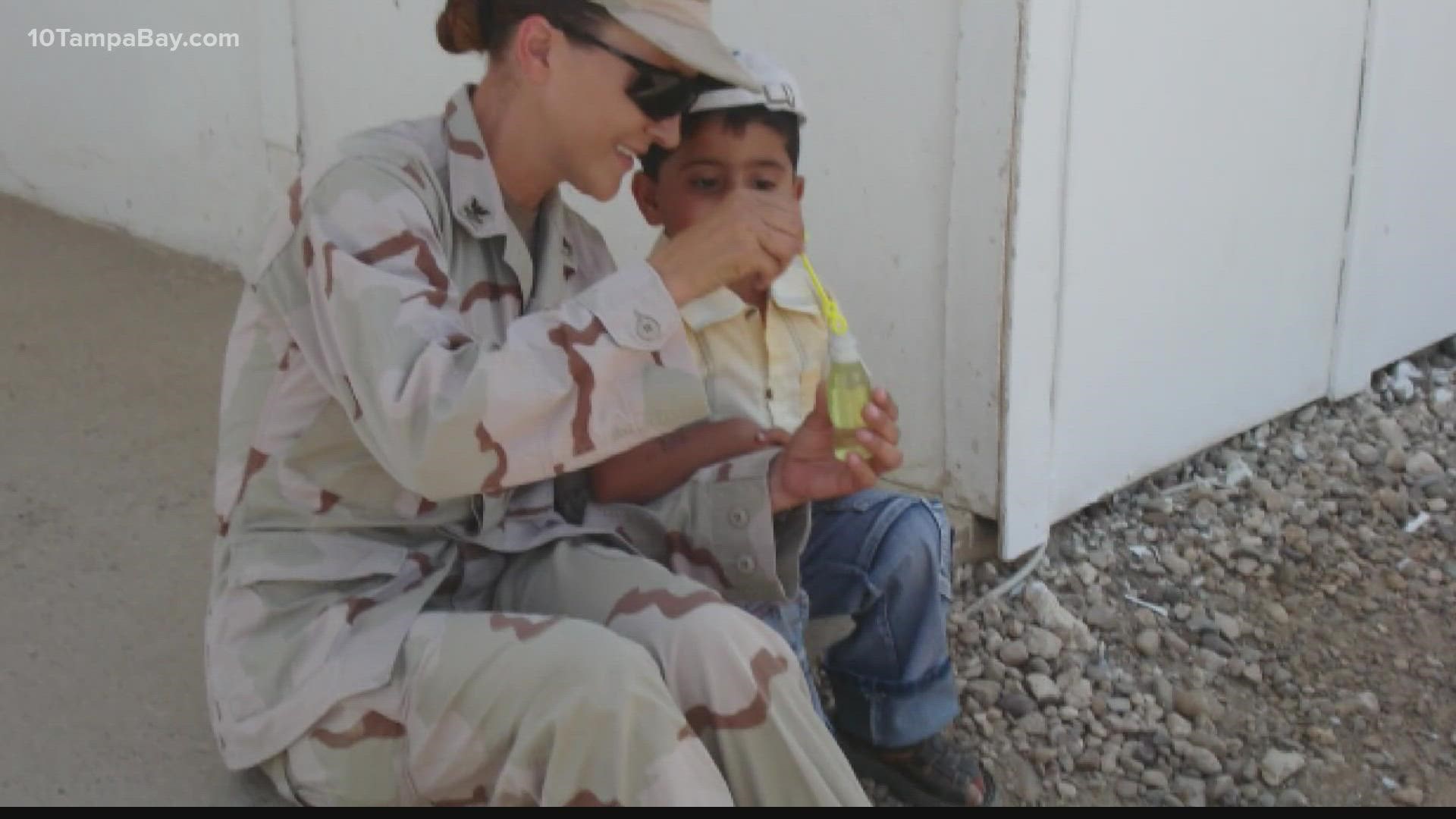 SARASOTA, Fla. — There aren't adequate words to describe the woman Lauren Price was.

Hero, warrior, giver, fighter. Those come close but they're not enough.

Lauren Price enlisted in the United States Navy at age 39. She waited until her kids were old enough and then she followed her calling and served in the Navy from 2006 to 2013.

"When Lauren lived in Connecticut, she lived across the river from New York City and could see everything that happened, the smoke and the plume," said Jim Price.

In the mid-2000s, Jim explained the Army reached out to other branches of the military to send more troops to Iraq. Both Lauren and James volunteered and ended up meeting on that volunteer deployment.

It was the height of the war.

Lauren only spent eleven months in Iraq but one of her primary jobs was driving trucks to and from burn pits.

Burn pits were used in Iraq and Afghanistan as a way to eliminate waste like chemicals, ammunition, oil and other items they needed to get rid of. Many veterans have described it as a burning hole of toxic waste.

RELATED: First Memorial Day without his wife, an American hero who died from toxic exposure in Iraq

At the time, Lauren and many other veterans didn't think much of it but shortly after she got home she noticed she was having trouble breathing and would get winded just walking down to the mailbox.

After fighting to receive proper benefits from the VA, Lauren founded Veteran Warriors and testified before Congress numerous times fighting for burn pit veterans and their families.

James said she fought for others until her final days.

Lauren Price passed away on March 30, 2021, after developing a blood clot.

Lauren's legacy will not only live on through her foundation, but it will also provide new life on the ocean floor.

Jim said his wife was a planner so when she pre-arranged her end-of-life affairs, the family wasn't surprised.

"She started doing some research like she always did," said Jim.

Lauren decided she wanted her cremated remains to be made into an eternal reef.

"Water was a really big part of her life. Once she found out she could do this, go back and be part of the reef ball it was a done deal," Jim said.

Lauren's remains will be part of a designed reef made of environmentally safe cast concrete placed on the ocean floor as a permanent memorial.

Eternal Reefs in Sarasota is holding the services and preparations. The memorial service is this coming weekend, exactly twenty years after 9/11.

"There will be military honors which will mean a lot to her but again, the grandkids will get to use sidewalk chalk and color on the reef ball and send 'Nina' off when she goes out to the ocean," said Jim.

The reef ball is 4,000 pounds and will sit on the ocean floor for as long as Mother Nature allows.

"Depending on the water content, we can get life starting to show on these reefs in as little as six weeks," said George Frankel, CEO of Eternal Reefs.

Lauren even left behind her adventurous spirit as Jim and others will have to get their scuba diving certification to dive 35 feet under the ocean to visit Lauren.