The restrictions are set to renew on July 1, after a release from Joint Base Langley-Eustis said there was an uptick in cases on base in late June. 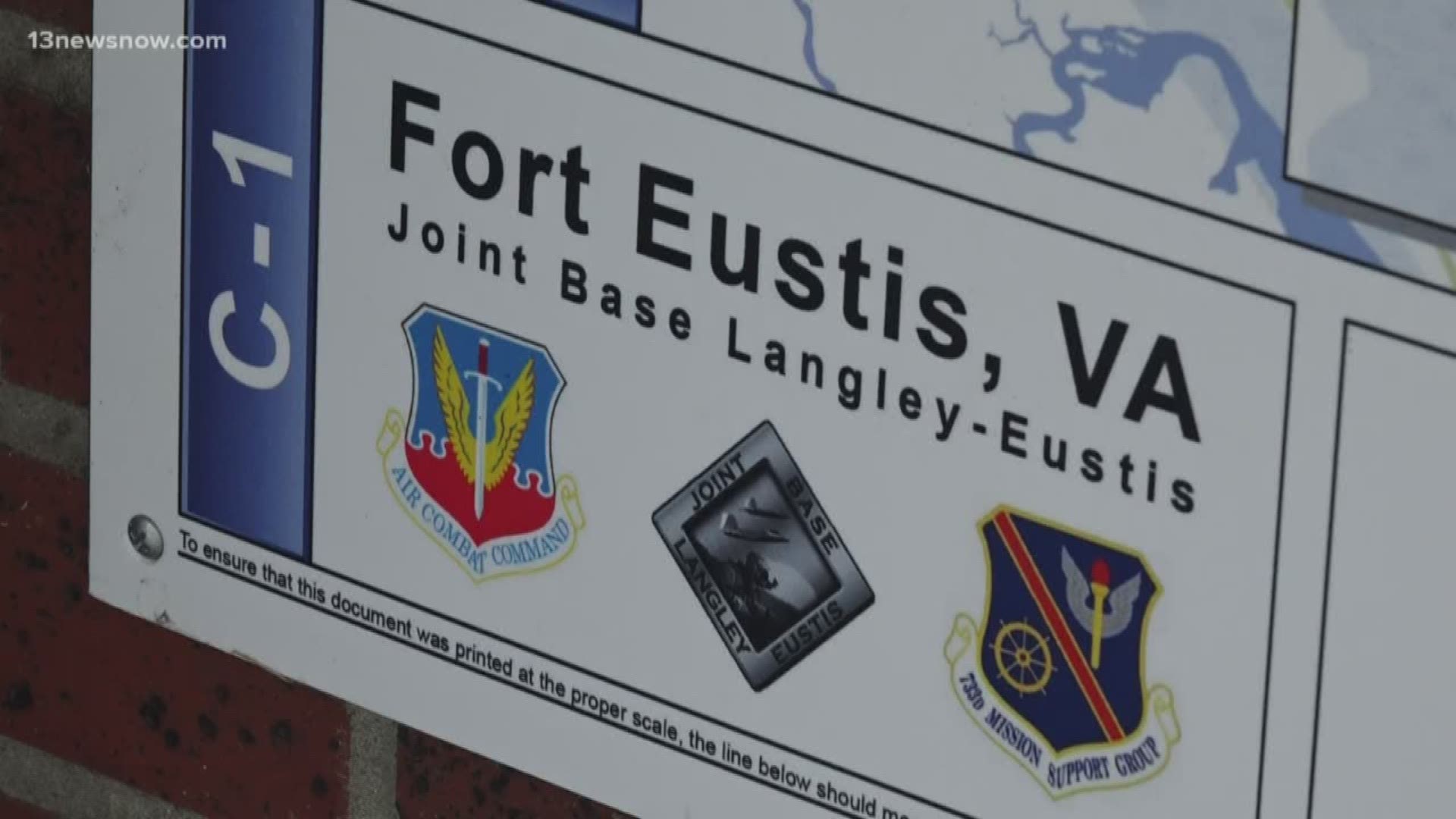 HAMPTON, Va. — Leaders at Joint Base Langley-Eustis are extending restrictions to the base, and renewing a call for the use of face masks, after "a concerning uptick [of coronavirus cases] within the last week."

Officials did not say how many positive cases were revealed in the last week. They did say this uptick was affecting military dependents and retirees, alongside active duty personnel.

On April 1, 2020, only people who were deemed "mission-critical personnel" were allowed base access. Since then, the base has extended access to people who carry military IDs on Mondays, Tuesdays and Fridays.

A release from the base said this would continue to be the protocol when restrictions are renewed on July 1.

Mission-critical personnel are all active duty, guard, reserve, government civilian and contractors as identified by the appropriate supervisor or unit commander. They will continue to have everyday access to JBLE.

Additionally, the base is requiring everyone over the age of 10 to wear face masks "in customer service areas and where six feet of social distance cannot be maintained at all times."

The release stipulated that people may be asked to temporarily lower their masks at security checkpoints.

JBLE said in late March that going forward, it would no longer provide numbers on confirmed cases of coronavirus, saying it is following the guidance from the Department of Defense. In a separate Facebook post, it said the decision was made to protect operational security and to maintain the nation's combat readiness.

Installations will report numbers to the Department of Defense and they will be reflected in those numbers.