Joint Chiefs Chairman says he and other chiefs never violated their oaths to the U.S. Constitution 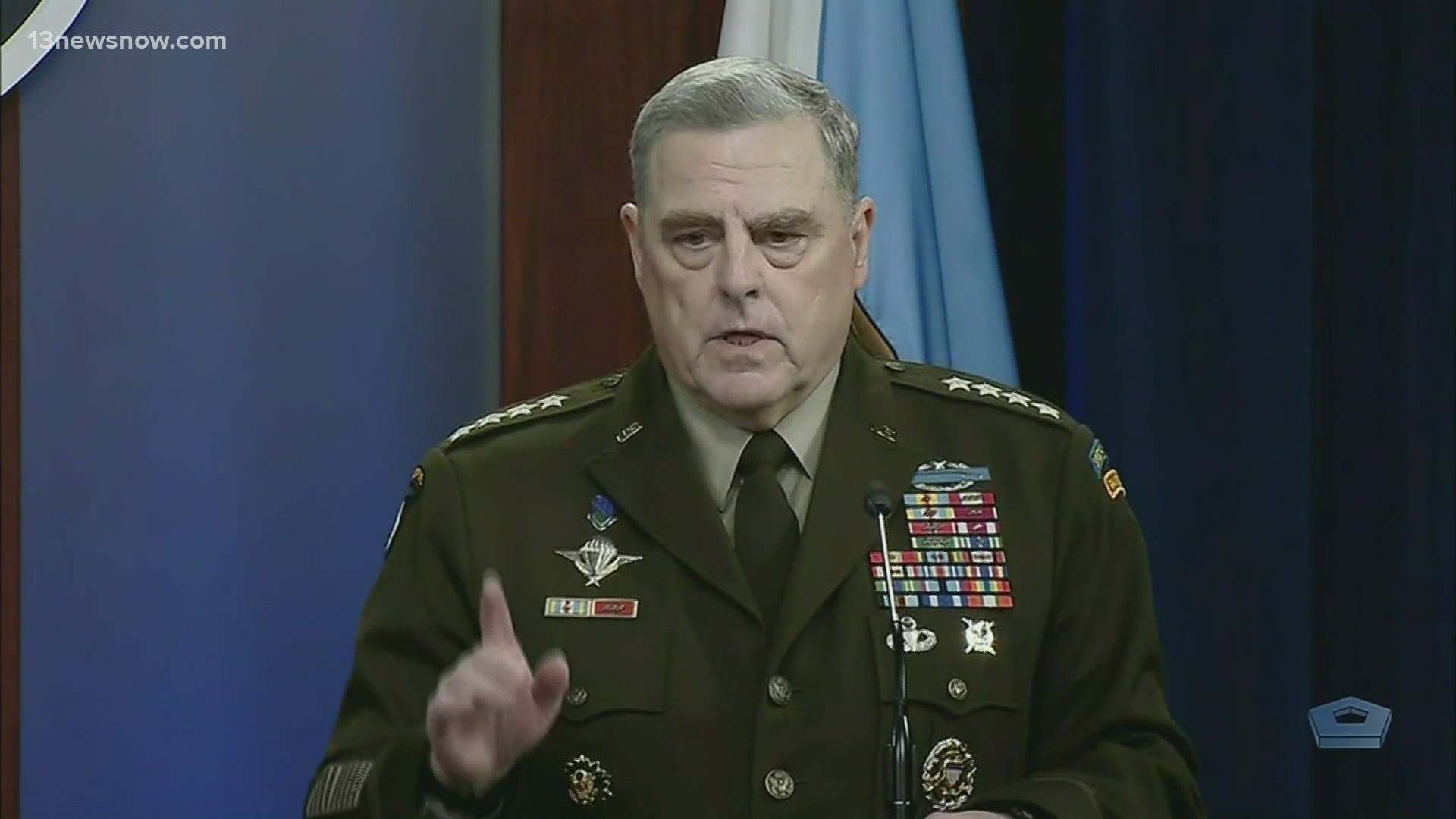 WASHINGTON — The new book, "I Alone Can Fix It" alleges that the Chairman of the Joint Chiefs of Staff feared that former President Donald J. Trump would attempt a coup to remain in office.

The book contends General Mark Milley and the other members of the Joint Chiefs of Staff were prepared to resign rather than carry out illegal orders.

On Wednesday, Milley faced questions about that claim.

He appeared alongside Secretary of Defense Lloyd Austin at a Pentagon news conference to discuss the Afghanistan withdrawal. Reporters, however, asked Milley about the book.

He refused to comment about the specific allegations, but he also did not deny them.

"I [and] the other members of the Joint Chiefs -- all of us in uniform -- we take an oath: an oath to a document, an oath to the Constitution of the United States," he said. "And, not one time did we violate that."

Defense Secretary Austin also weighed in, saying Milley "doesn't have a political bone in his body."

Austin added he clearly has "tremendous faith and confidence in the Chairman."

Trump lost the 2020 election by 7 million popular votes but has since maintained that there was a “massive number of voter irregularities and fraud," allegations which have been repeatedly debunked.