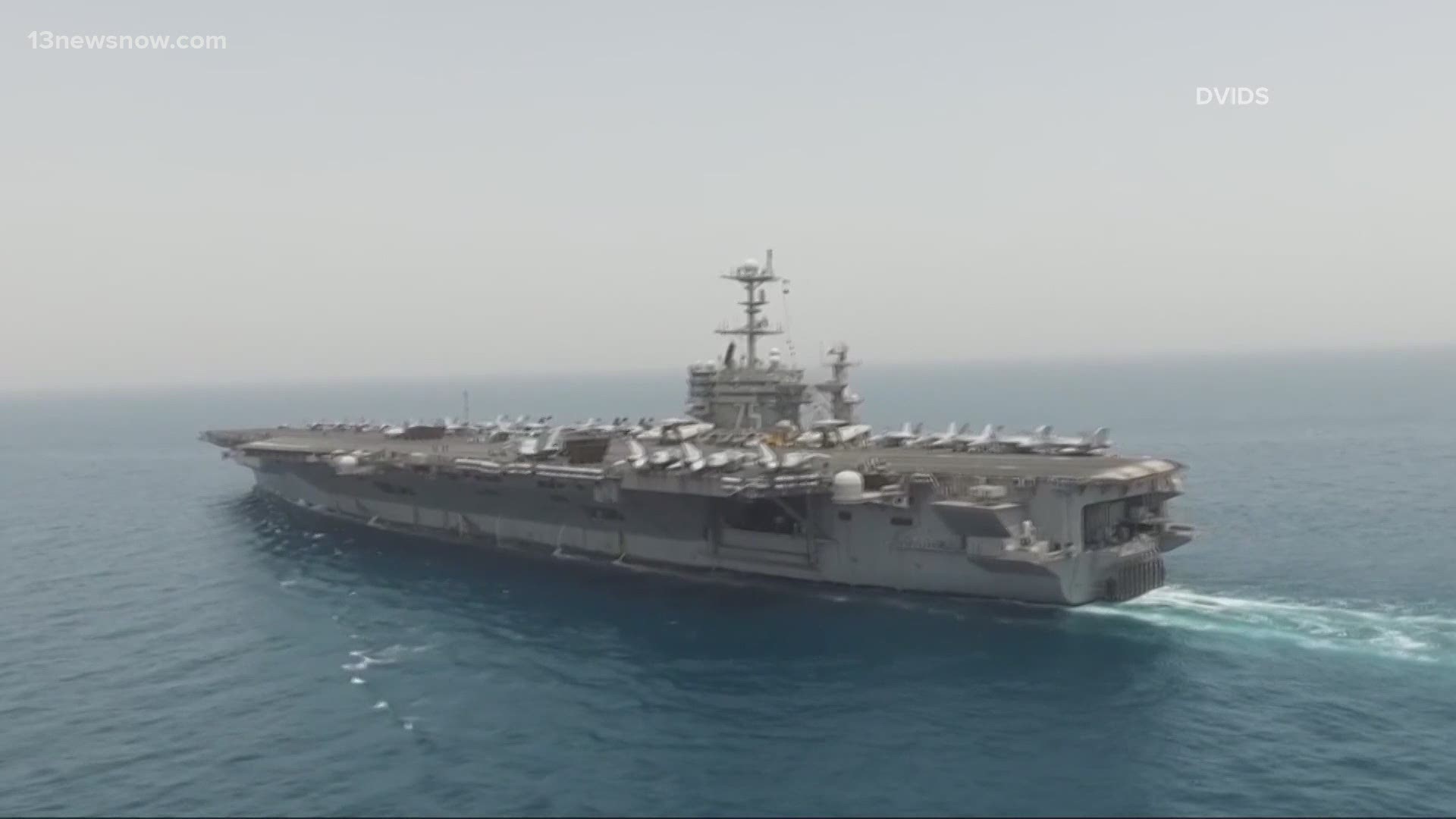 NORFOLK, Va. — It's an idea that came out of nowhere, originally in 2019, and, most recently, two weeks ago.

Anonymous Navy officials have again leaked the idea of forgoing the upcoming nuclear refueling and complex overhaul of the USS Harry S. Truman.

Such a move could save the Navy $2.9 billion.

But, it would short-change the taxpayers out of a quarter-century of sea life for the Truman that they already paid for when the ship was built.

"It's a bad idea," said Sen. Tim Kaine (D-Virginia). "I don't think it's going to happen. And Mike, I've been around long enough now, when somebody floats an idea like that, they know it's not going to happen."

The Senate Armed Services Committee member said scrapping the Truman makes no sense, and he has his fellow Virginia congressional delegation colleagues will fight it.

"We're going to do everything we can to make sure that proposal never sees the light of day," he said.

Another military weapons system has been much in the news, and not for good reasons.

The F-35 Joint Strike Fighter has been the subject of intense criticism for production delays, costs overruns and more. At a House hearing last week, it was revealed that some key electronics may have actually been manufactured in China, possibly compromising the jet.

Kaine concedes that the F-35 has been "an acquisition plagued by glitches," but, he is still a fan.

"The capacity of this aircraft is still one that gives me confidence."

Besides the big bucks involved, there are also concerning operational challenges with the F-35.

They include maintaining supersonic speed and keeping cabin pressure.

When all is said and done, the F-35 program is projected to cost taxpayers $1.7 trillion.