The future USS John F. Kennedy cost just $11.4 billion, $1.5 billion less than it cost to build the Ford. It is being christened three months ahead of the Ford. 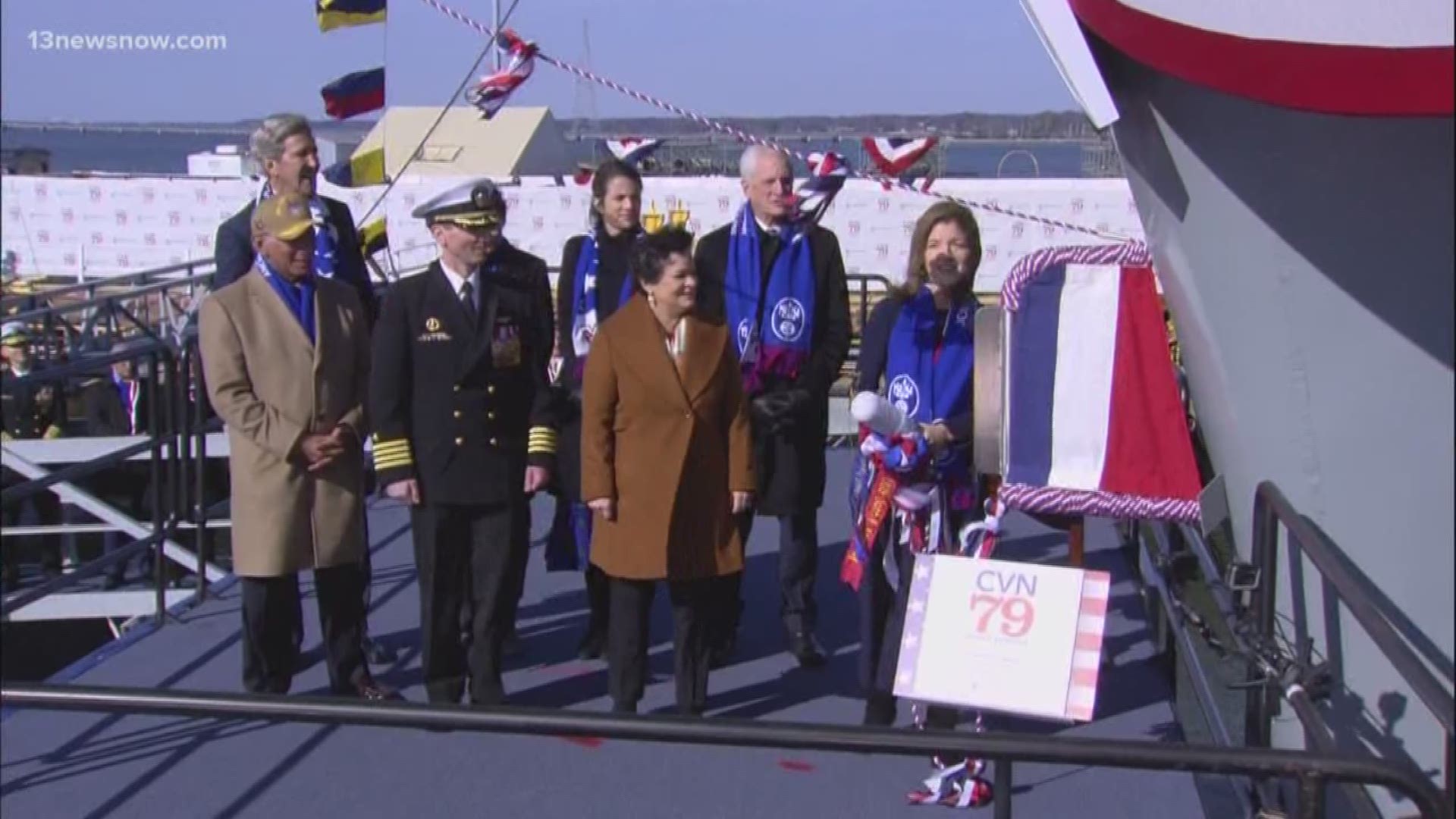 NEWPORT NEWS, Va. — It's just what Newport News Shipbuilding and the Navy needed, after years of challenges involving the prior aircraft carrier built here, the USS Gerald R. Ford.

The future USS John F.  Kennedy cost just $11.4 billion, versus the $12.9 billion it cost to build the Ford. And, it is being christened three months ahead of the Ford.

"We're tremendously proud," said shipbuilder Josh Hall. "We learned a lot of lessons on the Ford and implemented them here on the JFK. So, it's definitely a great feeling."

Following Saturday's christening ceremony, there is still much work left to be done on the Kennedy, which is said to be 67% complete.

Later this month, the 100,000-ton vessel will soon move from Drydock 12 to one of the shipyard's carrier piers for further construction.

"We'll finish outfitting the ship and testing the systems and we're on schedule to deliver it to the Navy in the summer of 2022," said Newport News Shipbuilding President Jennifer Boykin. "And I know the innovative spirit of these shipbuilders, so we are going to continue to find ways to build smarter and take costs out of the ship."

Once the Navy gets it, the Kennedy will allow air wings to deliver more bombs on target more quickly, thanks to the Ford class's electromagnetic aviation launch system.

"That's a great improvement with the Ford-class carrier, upwards of a 30% increase in the sortie generation rate, which is the number of aircraft we can launch and recover on the flight deck," said Capt. Todd Marzano, commanding officer of CVN-79. "And considering that's the primary purpose of an aircraft carrier, that's a big deal."

Former First Daughter Caroline Kennedy will do the honors, breaking the champagne bottle against the ship's hull, just as she did in 1968 with the first USS Kennedy.