For Petty Officer Third Class Luke Mallan, it was a reunion nearly 70 years in the making. 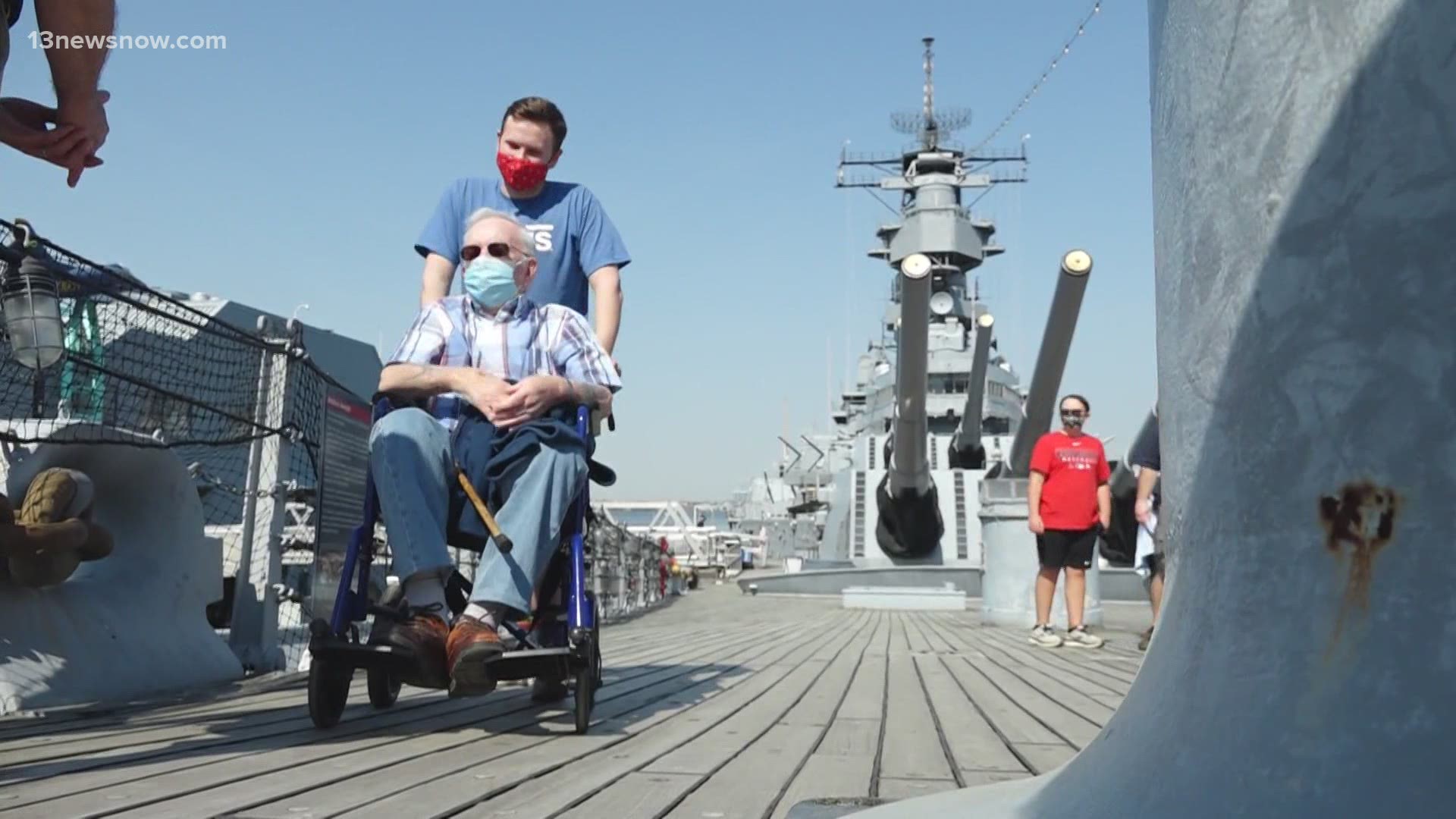 NORFOLK, Va. — The tattoos on his arms may be fading, but the memories are as fresh ever for Luke Mallan aboard Battleship Wisconsin.

“[They] changed the ship a lot since I was aboard," Mallan said.

On Wednesday, Mallan and his family climbed aboard the warship docked in downtown Norfolk, a reunion that was nearly 70 years in the making for him.

The last time he was on board the now-decommissioned Wisconsin was when he last served on the ship in 1954, following the Korean War.

“I was kind of hesitant at first; 'I don’t want to go aboard.' But I said, you know what? I’m already here," Mallan told 13News Now in an interview Wednesday.

So much about the ship is different, but so much is the same for the Petty Officer Third Class.

Mallan spent the afternoon reliving his service days from the early 1950s, sharing stories with museum employees about his time in the Navy. The ship's audio system roared overhead when Mallan, joined by his grandson Noah and daughter Fran, boarded the ship to announce his arrival.

It marks the end of a long journey for Mallan and his family, who have tried to come back to the ship for several years but have run into several obstacles, including the COVID-19 pandemic.

“I think it did me a world of good to come here," Mallan said.

Mallan's family says that his service peacoat was donated to the Nauticus museum, along with a book he received on board containing crew lists and photos.