46-year-old Lt. Col. Paul K. Voss of Yigo, Guam, was assigned to Headquarters Air Combat Command at Langley. He was one of two people killed in the January 27 crash. 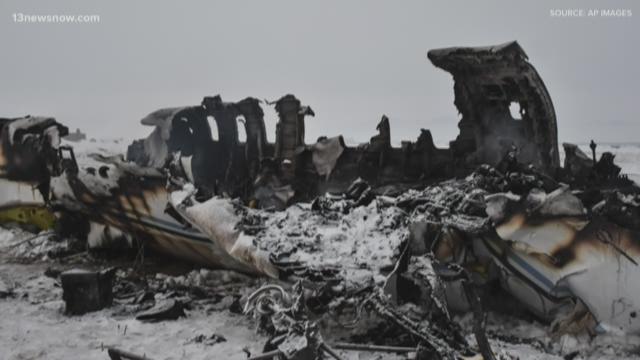 WASHINGTON — One of two American service members killed in a plane crash in Afghanistan was based out of Joint Base Langley-Eustis.

Also killed in the crash was Capt. Ryan S. Phaneuf, who was assigned to the 37th Bomb Squadron at Ellsworth Air Force Base in South Dakota.

They were aboard a Bombardier E-11A aircraft when it went down over Ghazni Province, Afghanistan, on January 27. An American recovery team was able to recover the bodies of both men and met no Taliban resistance in reaching the crash site.

A U.S. defense official told The Associated Press that there is no indication that the plane was downed by hostile action.

Air Combat Command released a statement regarding the victims of the crash:

"It's really hard to describe how sad we are at the loss of two great Airmen. Lt. Col. Paul Voss was our brother and teammate,” said Gen Mike Holmes, commander, Air Combat Command. "The men and women of our Air Force knowingly put themselves in harm's way, and I'm thankful for great Americans like them. Our thoughts and prayers are with their family members and our fellow Airmen during this difficult time."

RELATED: He was fighting terrorist forces in Africa. He was killed on Sunday.