Acting Secretary of Defense Patrick Shanahan and Chairman of the Joint Chiefs of Staff General Joseph Dunford said the early retirement and canceled overhaul are necessary to save money and invest in new weapons systems. 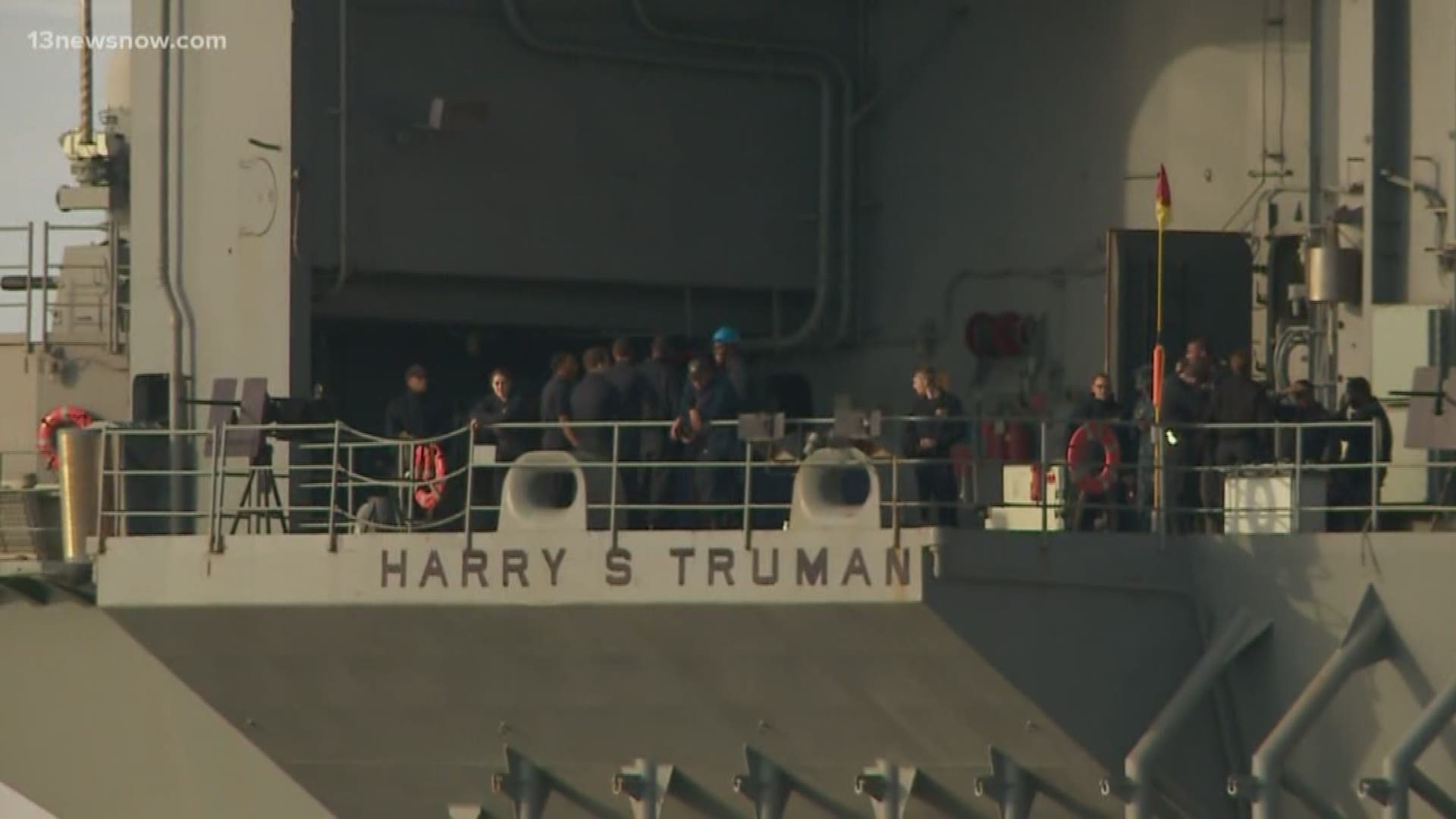 WASHINGTON — Pentagon leaders are sticking to their plan to retire the Norfolk-based aircraft carrier USS Harry S. Truman to support the development of future weapons systems and unmanned platforms.

The plan was not well received by some members of Congress Tuesday on Capitol Hill.

The idea is to cancel the 2024 nuclear refueling and complex overhaul of the USS Harry S. Truman, and in the process, save $4 billion.

"You're losing 25 years of tested and capable presence with the aircraft carrier by retiring it early, and we've invested a lot of money into that carrier," he said. "Does it make sense to retire this carrier early?"

Acting Secretary of Defense Patrick Shanahan said it does.

"My answer to your question, I think it's a strategic choice we need to make," said Shanahan. "There isn't a draw-down of capacity until the mid-2020s, so it's not like this is an irreversible decision. But, we took the savings to invest in the future force."

The Chairman of the Joint Chiefs of Staff, Gen. Joseph Dunford agreed.

"An important assumption is the money that will be saved by not refueling the Truman would be used to develop new ways of conducting a maritime strike," he said.

Decommissioning the Truman a quarter century early would leave the nation with just nine deployable carriers until 2027 at the earliest.

Wittman wanted to know if getting rid of the Truman would compromise the Navy's current day ability to conduct major warfare in two theaters at once while maintaining three carriers in surge status.

Dunford replied, "Congressman, it would be difficult to do that."

"It just seems to me really premature for the Department to come forward with a decommissioning or mothballing of the Truman when we still don't even really know what the revised Force Structure Assessment looks like," added Courtney.

Virginia Second District Congresswoman Elaine Luria questioned how the Navy can back such a plan.

"What we are committed to do is find alternative investments to improve lethality," he said.

In 2014, Congress opposed a Pentagon plan to not refuel the USS George Washington. The idea was dropped.

Supporters of the Truman hope history repeats itself.