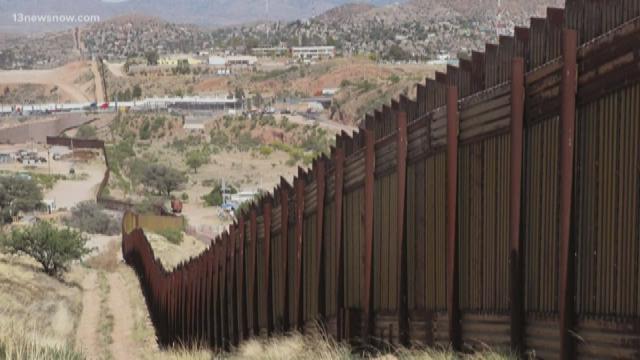 WASHINGTON — More bad news for the military, thanks to a new plan to divert $3.8 billion from the current Fiscal Year 2020 budget to pay for the border wall.

The Pentagon would save $223 million by cutting two of six planned Navy F-35B Joint Strike Fighters that were already OK'd by Congress.

Additionally, two MV-22 Ospreys would be cut, along with one of nine P-8A Poseidon surveillance planes.

The money would be "reprogrammed" to the Army Corps of Engineers to build 177 miles of fencing along the U.S. border with Mexico, according to news reports.

A Pentagon notice transmitted to Congress defends the money switch, saying it is "in support of higher priorities ... determined to be necessary in the national interest."

In a statement, House Armed Services Committee Chairman Adam Smith (D-Washington) said, "Today's reprogramming request confirms once again that the President is obsessed with fulfilling a campaign promise at the expense of our national security."

"I bitterly oppose the White House taking money from the Pentagon budget to use for a non-military emergency," said Senate Armed Services Committee member Tim Kaine (D-Virginia). "We appropriated monies for a particular reason. To take money from the Pentagon budget and ransack that budget like it's a personal pig bank or change drawer, to ransack through it and take money for the wall thwarts the will of Congress."

The top Republican on the House House Armed Services Committee Mac Thornberry of Texas said he supports the wall but said the plan "undermines the principle of civilian control of the military and is in violation of the separation of powers within the Constitution."