Lawsuit blames Saudi Arabia for attack at Florida military base 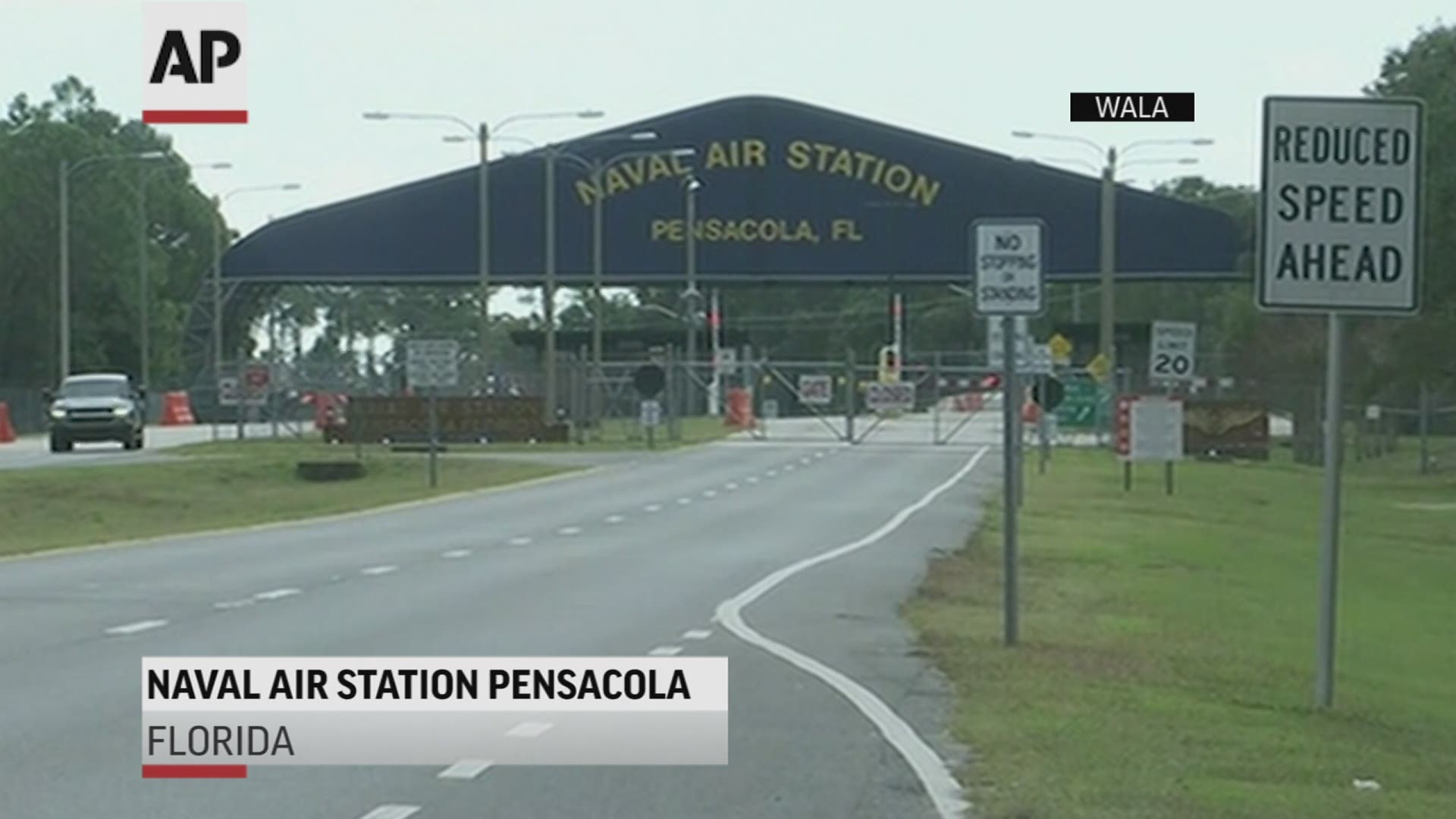 Editor's note: The video above is from Dec. 6, 2019, when Mohammed Saeed Alshamrani shot and killed three U.S. sailors at Naval Air Station Pensacola in Florida.

Victims of a 2019 shooting at a Florida military base and their families are suing Saudi Arabia, claiming the kingdom knew the gunman had been radicalized and that it could have prevented the killings.

The suit, filed Monday, also claims that Saudi trainees knew in advance about plans for the shooting but did nothing to stop it.

The suit centers on the Dec. 6, 2019, shooting at Naval Air Station Pensacola in which Mohammed Saeed Alshamrani shot and killed three U.S. sailors. It comes nine months after U.S. officials revealed that Alshamrani, a Saudi Air Force officer, had communicated with al-Qaida operatives about planning and tactics in the weeks leading up to the attack and that he had been radicalized abroad before coming to the U.S. to participate in a military training program.

The lawsuit casts a wide net of blame beyond Alshamrani. It alleges, for instance, that Saudi Arabia knew about Alshamrani's associations with al-Qaida and his radicalization and yet failed to monitor, supervise or report him. It also says the gunman told fellow Saudi trainees at a dinner party the night before the attack that he planned to carry out the shooting the following day, but instead of reporting it, they called out sick morning of the killings. One recorded the shootings while standing outside the building; two others watched from a car nearby.

"None of the Royal Saudi Air Force trainees at the scene of the attack reported Al-Shamrani's behavior nor did they try to stop" it, the lawsuit says. "Because they supported it."

The complaint also says Alshamrani's Saudi trainees were aware that he had purchased and stored firearms and ammunition in his barracks, and that he had posted and shared extremist material on social media and screened videos of mass shootings before the attack.

"Al-Shamrani was a Trojan Horse sent by his country, the Kingdom of Saudi Arabia, and its proxy, al Qaeda in the Arabian Peninsula, for flight training at Naval Air Station Pensacola, Florida, under the auspices of a program tied to billions of dollars in military arms sales from the United States to the Kingdom," the lawsuit states. "Little did the American people know that such an arrangement would soon devolve into a horrific, Faustian bargain."

One month after the shooting, then-Attorney General William Barr announced that 21 Saudi trainees found to have had jihadist or anti-American sentiments on social media pages or "contact with child pornography" were being sent home.

The complaint seeks monetary damages against Saudi Arabia under an exemption of the law that allows for lawsuits against foreign countries arising from acts of terrorism. Though then-President Donald Trump told reporters that he had spoken with Saudi Arabia's king and that the kingdom would help the victims' families "very greatly," the kingdom breached the agreement by failing to compensate or engage with them, according to the lawsuit.

The suit comes as the Biden administration has signaled a tougher stance on Saudi Arabia after a mostly cozy relationship for the last four years between Trump and Crown Prince Mohammed bin Salman. Earlier this month, President Joe Biden made good on a campaign commitment to end U.S. support for a five-year Saudi-led bombing campaign in Yemen. He made clear, however, that the U.S. would not completely abandon military assistance for the kingdom.

The lawsuit was filed in the Northern District of Florida on behalf of the families of the three who were killed and 13 others who were injured, including sheriff's deputies. A spokesperson for the Saudi embassy in Washington did not immediately return an email seeking comment Monday.