Pentagon spokesman: Nothing that 'would cause concern' about Joint Chiefs' actions alleged in new book

The top U.S. military officer is defending his phone calls to his Chinese counterpart during the final months of Donald Trump's presidency. 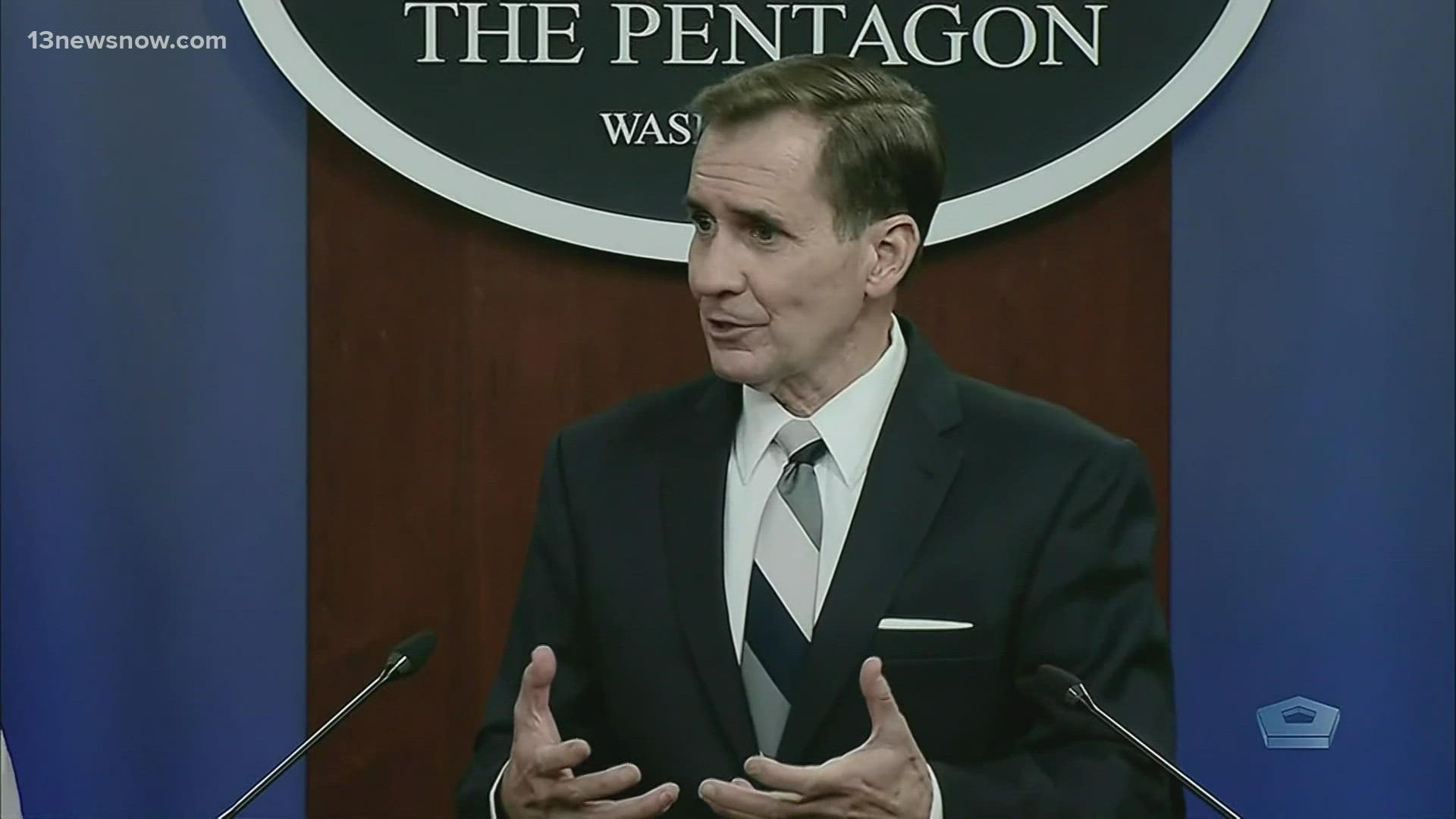 WASHINGTON — A new book by Washington Post reporters Bob Woodward and Robert Costa is raising big questions about the Chairman of the Joint Chiefs of Staff, General Mark Milley.

The book also says that Milley called his Chinese counterpart twice, to assure him that the United States was not going to attack China.

Pentagon spokesman John Kirby on Wednesday said that nothing he has read in the reporting about the book "would cause any concern."

Kirby continued: "I can't speak to specifics about the conversation, a conversation that took place before this Administration took office. But I would add if I may, again, it is not only common, it's expected that a Chairman of the Joint Chiefs of Staff would continue to have counterpart conversations."

In a written statement, Milley's spokesman said Wednesday that the general acted within his authority as the most senior uniformed adviser to the President and to the Secretary of Defense.

Trump, who at the time was Milley's boss, said in an e-mailed statement on Wednesday that if Milley did tell the Chinese he would warn them of a pending attack, he should be tried for treason.

When asked about the book and its contents on Wednesday, current President Joseph R. Biden said, "I have great confidence in General Milley."