Warner says there has been 'great progress' at Hampton VA, but more work to do

The U.S. Senator is concerned about shortages of physicians in key specialty care areas. 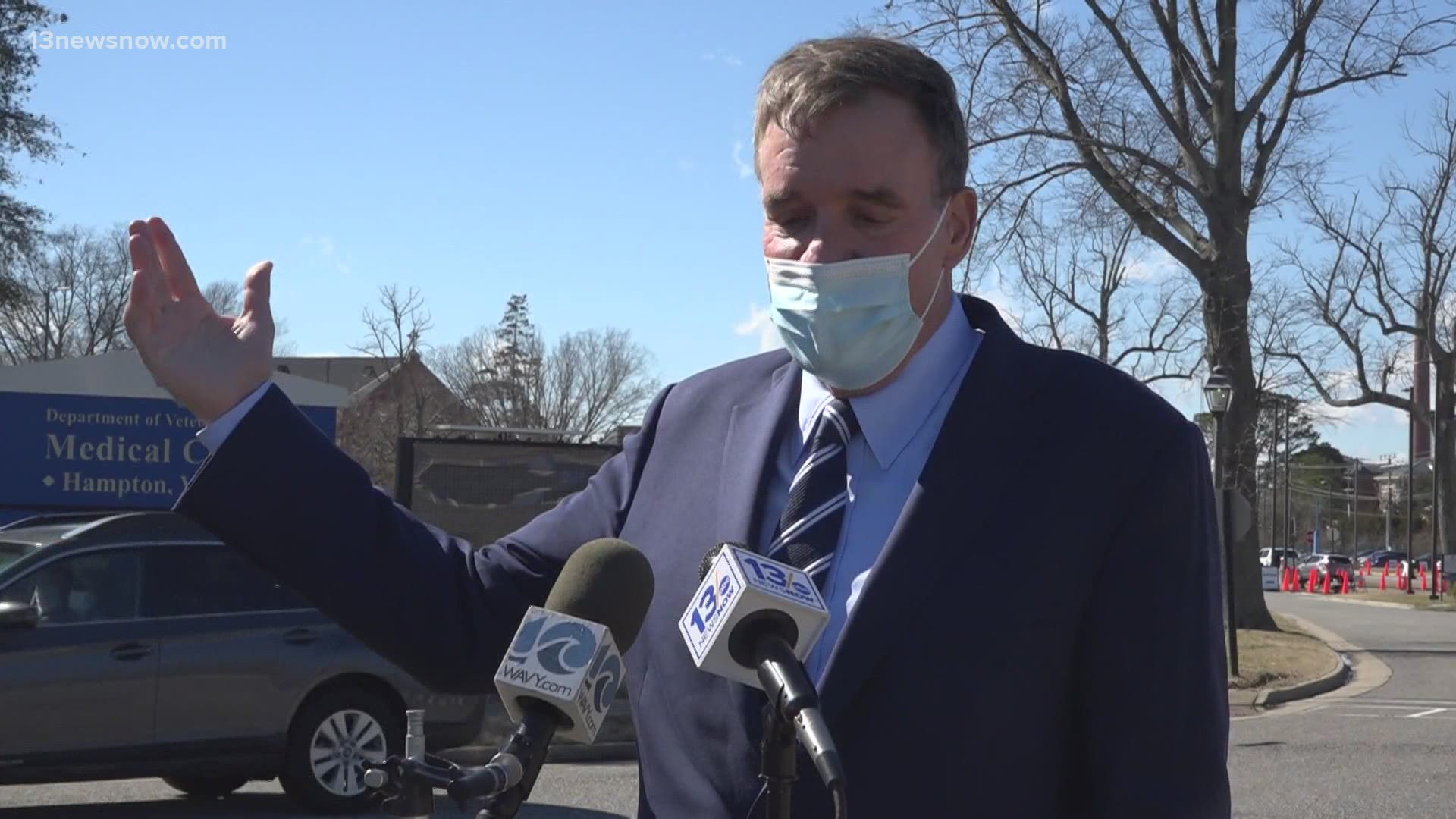 HAMPTON, Va. — For a long time, the problem at the Hampton Veterans Affairs Medical Center has been wait times.

Back in 2014 for primary care, it was the worst in the nation: 58 days. That has improved substantially now to 15 days.

But U.S. Senator Mark Warner (D-Virginia) says there's still a lot of work to be done.

Specifically, Warner was talking about a shortage of particular types of doctors in certain specialty care areas, which has resulted in a 49-day wait for patients to get those appointments.

"It's the specialty care where there's still some challenges," he said.

Warner said the problem is, the VA simply cannot afford to pay what the private sector can pay.

"I would like to go back and see in these specialty areas -- podiatry, dermatology, orthopedic surgeons -- could we get a little bump up, so we keep some of these docs on a longer basis?" he said.

He said he got good news on COVID-19, that 4,000 veterans have already been vaccinated, as has 60 percent of the hospital workforce. The facility is also on track to keep receiving  400 doses a week, with the hope of getting more soon.

On a less upbeat note, Warner said the long-delayed southside medical center should have a location announcement in May, but the project is still years behind schedule.

"It's like the never-ending journey," he said. "That won't be open until 2024. I think we started in 2016. I think everything that could go wrong with bureaucracy has gone wrong with that bureaucracy."