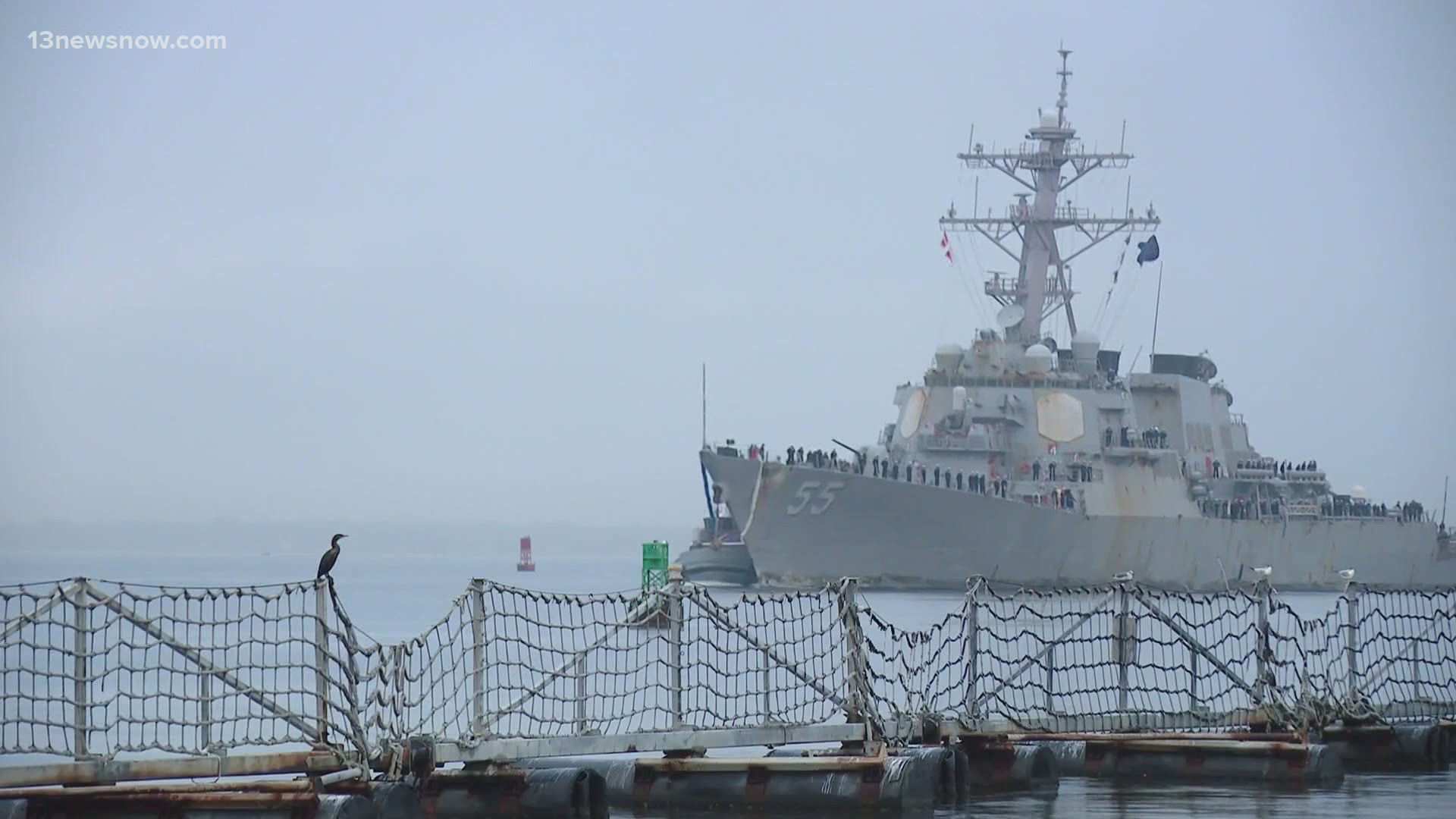 NORFOLK, Va. — Sixteen Navy bases, including Naval Station Norfolk, have been declared by the Department of Defense for being at risk for recurrent flooding.

Congress has appropriated $927 million in the Fiscal Year 2021 budget for a variety of construction projects at the nation's 95 Navy and Marine Corps bases, and many of those projects specifically related to resilience.

"Obviously, being near the water for most of our bases, we take flooding very seriously," said Vice Admiral Ricky Williamson, Deputy Chief of Naval Operations for Fleet Readiness and Logistics.

He testified to the House Appropriations Committee on Thursday.

"Funding applied to our installations also supports climate resilience, which is an important component of mission readiness," Williamson continued. "The Navy works to ensure that installations and infrastructure are resilient to a wide range of challenges including extreme weather events, water scarcity, sea-level rise, recurrent flooding, wildfires, and other environmental consideration threats."

It's not just the Navy. Three Marine Corps bases in North Carolina got slammed by 35 inches of rain from Hurricane Florence in 2018, causing $3.8 billion in damages.

"The effects of that storm highlighted the need to modernize infrastructure so that it is more resilient to the effects of extreme weather," said Lieutenant General Charles Chiarotti, USMC Deputy Commandant, Installations and Logistics.

The main thing that would help, of course, would be money.

Senate Armed Services Committee member Tim Kaine of Virginia thinks help will be on the way, with the American Jobs Plan and the National Defense Authorization Act.

"In a Biden Administration, the Pentagon is expecting many more military construction projects to be focused in these kinds of resiliency investments at the base in Norfolk and on other bases around the country," he said.

Also at Thursday's hearing, House Appropriations Committee Chairwoman Rep. Debbie Wasserman Schultz (D-Florida) wanted to know how much of the $3.6 billion taken by the Trump Administration for the border wall would be returned to military construction projects.

Acting Assistant Secretary of the Navy for Environment, Installations, and Energy Todd L. Schafer said, "the majority of those funds" will be recovered.