Twenty-five National Guard members were on board, heading from Langley to Fort Pickett. 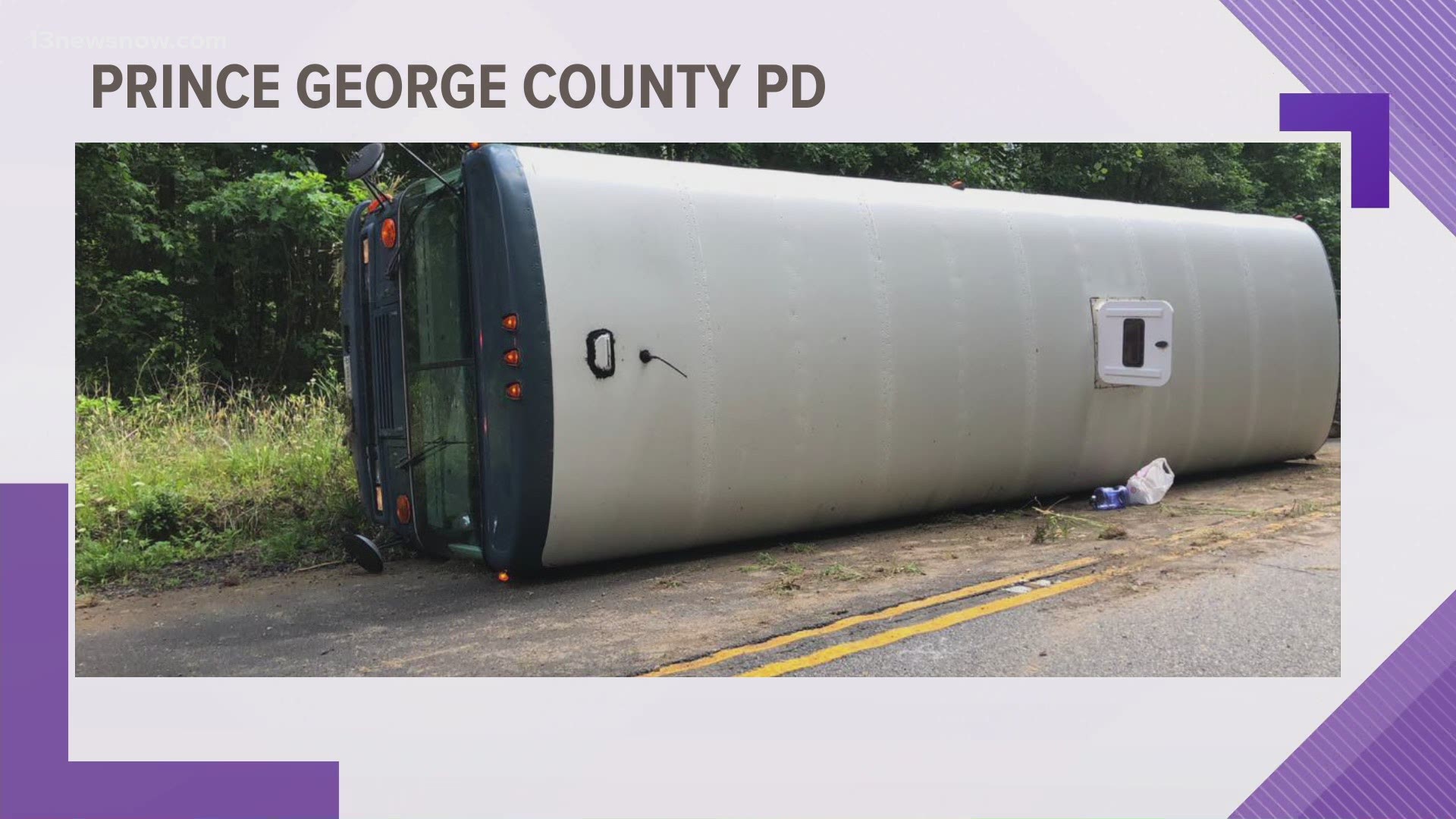 SPRING GROVE, Va. — More than a dozen people are hurt after a military transport bus overturned in central Virginia on Monday morning.

The accident happened shortly before 10 a.m. in Prince George County. Twenty-five National Guard members were on board at the time. Ten people suffered only minor injuries, but four others needed to go to the hospital for medical observation.

Prince George Police say the bus was taking the National Guard members from Langley to Fort Pickett when it went off the road and into a ditch line, causing it to roll over onto its side.