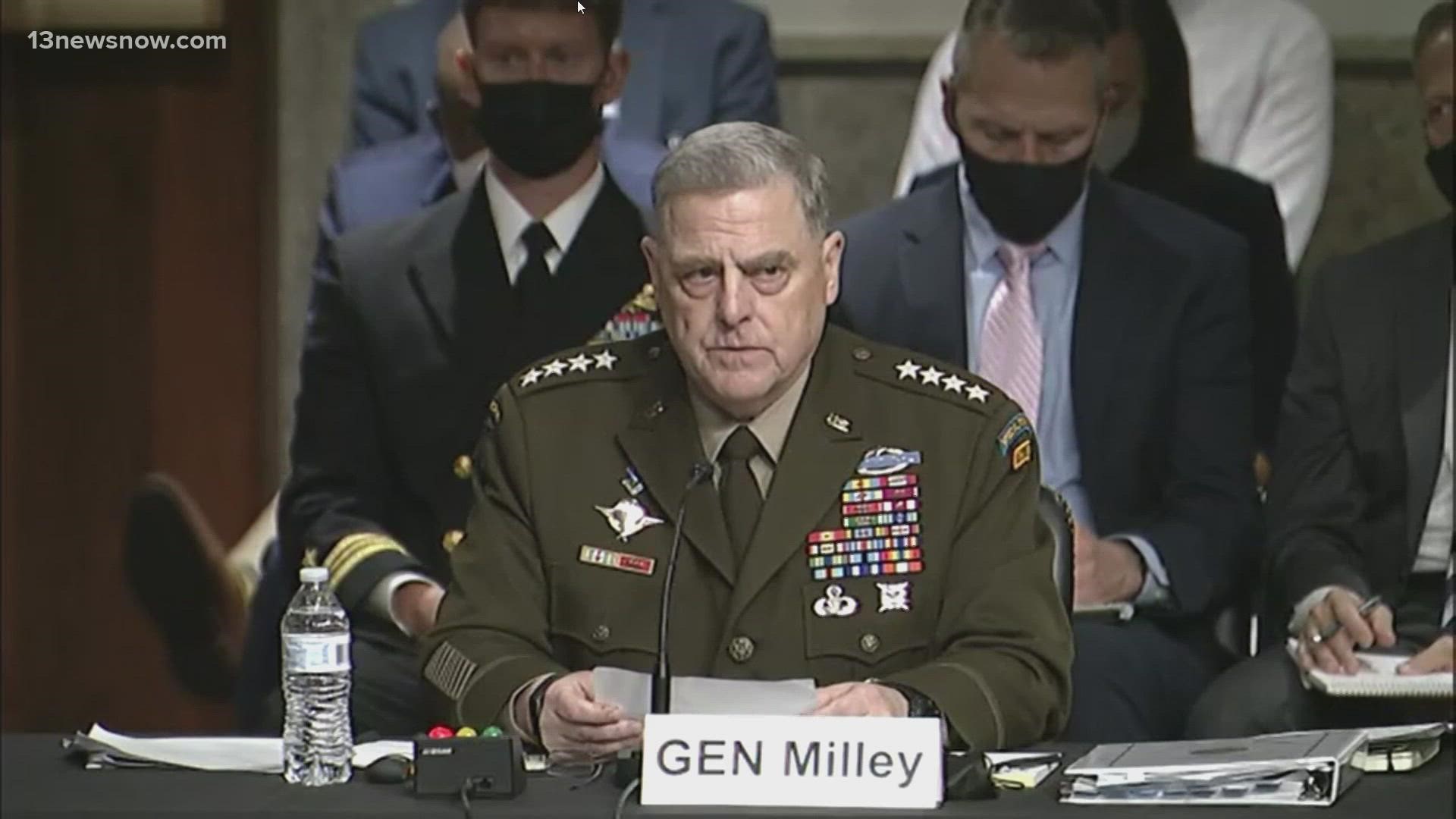 WASHINGTON — One Republican lawmaker called it 'the biggest national security fiasco in a generation.'

He was talking about last month's chaotic withdrawal from Afghanistan that left 13 service members dead.

Today, on Capitol Hill, Secretary of Defense Lloyd Austin and Joint Chiefs Chairman Mark Milley testified about the withdrawal under oath for the first time.

"It is clear, it is obvious, the war in Afghanistan did not end on the terms we wanted," Milley said. "It came at enormous cost. Eleven Marines, one soldier, and a Navy corpsman."

He said staying in Afghanistan beyond August  "would greatly imperil our people and mission."

And he said he was shocked by the swift collapse of Afghan forces.

"The fact that the Afghan Army that we and our partners trained simply melted away, in many cases without firing a shot, took us all by surprise and would be dishonest to claim otherwise," he said.

When asked about how many Americans remain in Afghanistan, Austin deferred to the State Department for answers.

And while the leaders wouldn't say what exact advice they gave to President Biden about the withdrawal, U.S. Central Command General Frank McKenzie seemed to make it clear that he disagreed with the final decision to totally withdraw.

"I recommended that we maintain 2,500 troops in Afghanistan," he said. "And I also recommended in the fall of 2020 that we maintain 4,500. Those are my personal views. I also had the view that the withdrawal of these troops would lead to the inevitable collapse of the Afghan military forces and eventually, the Afghan government."

"Our credibility has been greatly damaged, has it not General Milley?" asked Sen. Roger Wicker, R-Mississippi.

"I think that our credibility with allies and partners around the world and with adversaries is being intensely reviewed by them to see which way this is going to go. And I think that 'damage' is one word that could be used," Milley said in response.

But, when Senator Wicker asked the Secretary of Defense the same question, he got a different answer.

"As I engage my counterparts, I think our credibility remains solid," Secretary Austin said.

Austin, Milley, and McKenzie will return to Capitol Hill Wednesday to testify before the House Armed Services Committee. 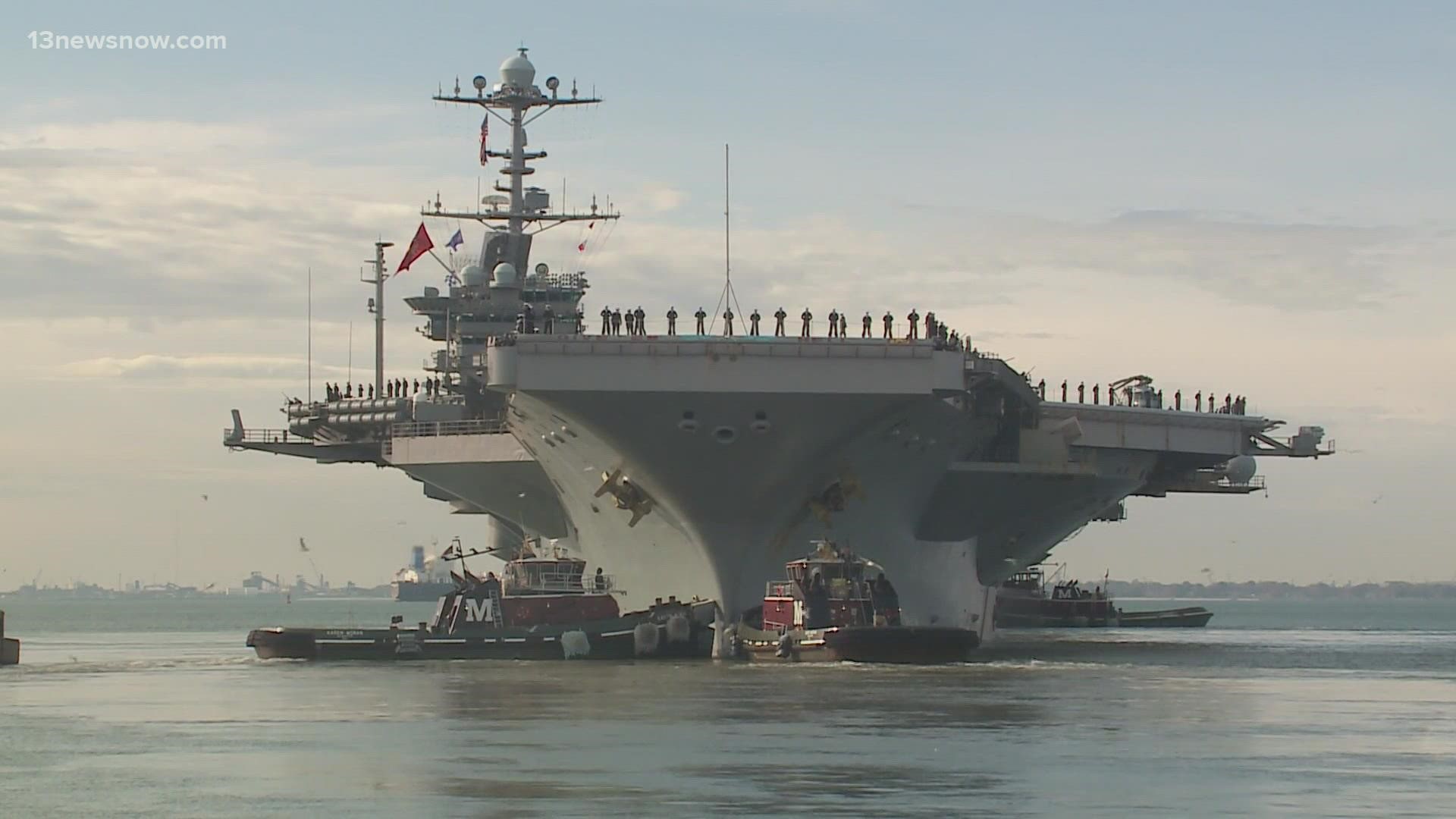