The Guard has delivered more than 1.2 million inoculations to civilians so far. 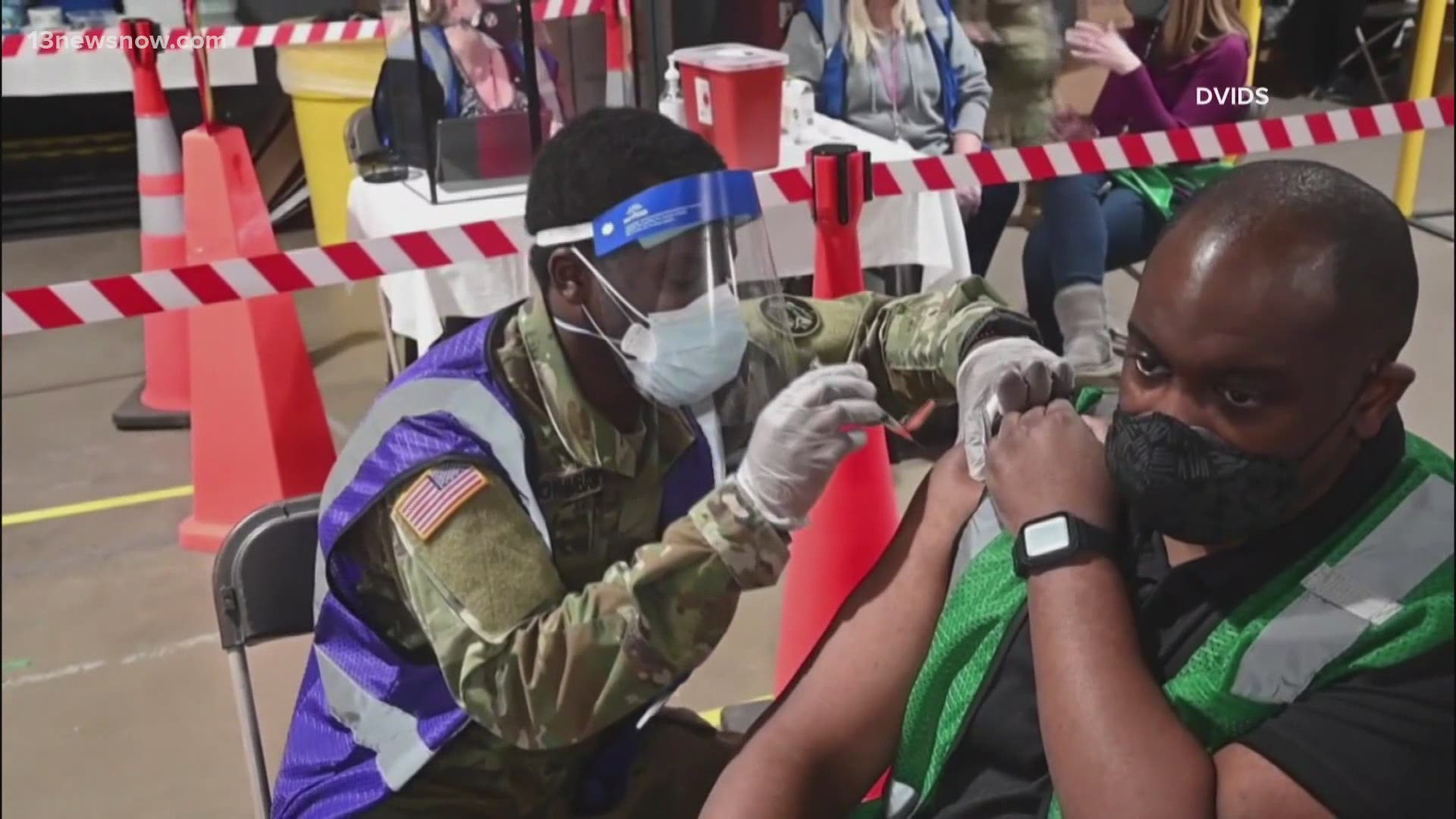 WASHINGTON — The National  Guard has made maximum support for COVID-19 vaccinations its number one priority.

The bureau has gone from a few vaccination sites in January to more than 350 sites in 42 states and territories as of February 18.

Nordhaus testified before the House Armed Services Committee during a hearing, "Update on the Department of Defense's Evolving roles sand Mission in Response to the COVID-19 Pandemic."

He told lawmakers: "As you know, the National Guard's primary focus within the homeland has been supporting COVID-19 operations. We currently have 28,4000 soldiers and airmen dedicated to COVID-19 operations across all 54 states and territories and the District of Columbia, performing a wide variety of missions. In 2020 alone, National Guard members tested about 13 million people."

The Guard has done all this as it has simultaneously responded to massive wildfires in the West, 12 hurricanes, civil disturbances around the country, and its overseas warfighting mission.

And now the Pentagon this week approved leaving 5,000 National Guard troops deployed indefinitely to protect the U.S. Capitol from domestic extremist threats, down from about 26,000 deployed for President Biden's inauguration, following the deadly January 6 mob insurrection.