Naval Station Norfolk: Do not leave your car on base for Florence

The massive Naval Station Norfolk says its employees should not leave their vehicles parked at the base because of the possibility of flooding from the approaching Hurricane Florence. 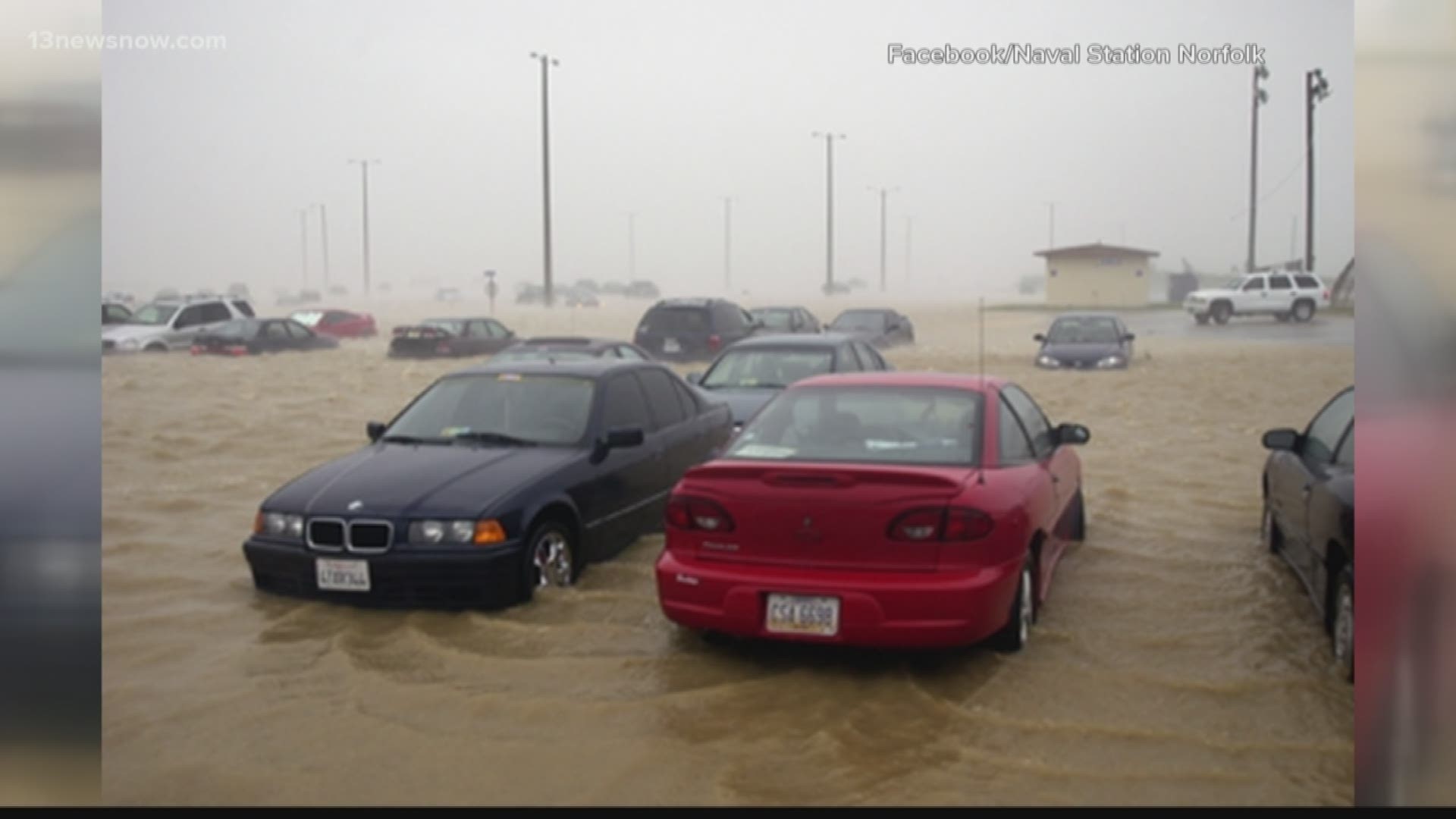 NORFOLK, Va. (WVEC) — A warning from officials at Naval Station Norfolk ahead of Hurricane Florence: do not leave your car parked on the base this week.

The station, the largest naval complex in the world, said in a Facebook post that much of the base is prone to heavy flooding, especially the parking lots adjacent to the waterfront. It posted photos showing heavy flooding from previous storms.

MORE: 13News Now Hurricane Center for the latest on Florence and the tropics

If it's absolutely necessary to leave your vehicle, use the parking lots toward the center of the base or on the air side.

Florence turned into a hurricane Sunday morning and was swirling toward the U.S. for what forecasters said could be a direct hit on the Southeast toward the end of the week. The National Hurricane Center said it was still too early to predict the hurricane's exact path.

Virginia Gov. Ralph Northam declared a state of emergency Saturday, saying it was becoming increasingly likely that the state could see significant impacts.