After the chaplain's daughter found the kit, which was used to administer communion to sailors in World War II and the Korean War, she donated it to the chapel. 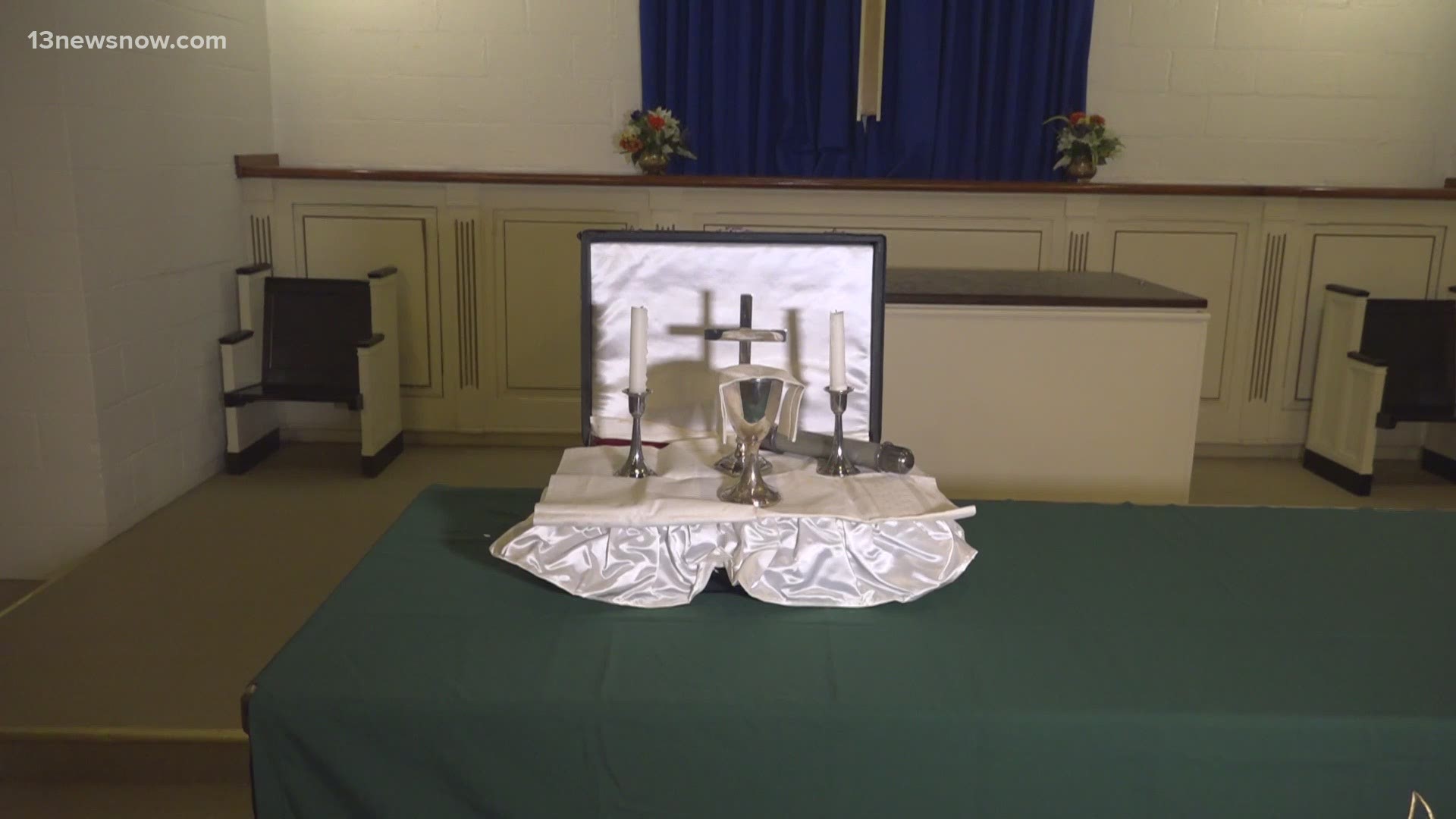 They were used specifically in the breaking and eating of bread and the drinking of wine, recalling the Last Supper and Jesus Christ's sacrifice of himself.

"It is a remarkable blessing," said Lieutenant Commander and Chaplain Jason Gregory.

This particular kit from 1943 belonged to the late Commander/Chaplain Benson Barrett.

His daughter found it and decided to donate it to the Naval Station Norfolk David Adams Memorial Chapel.

People at the chapel plan to start using it immediately.

"So this isn't an historical artifact for us," said Gregory. "This is something we will use. This Sunday is the 77th anniversary of D-Day. So, we will use it throughout the year, actually taking communion to do the same sort of thing the Chaplain Barrett did. We go to where the sailors, Marines and Coast Guardsmen go, and take care of them where  they are."

Gregory continued, "It's actually really a privilege to be able to use this, serving the sailors, whoever comes through our doors into the chapel throughout the year, using this communion kit. We're thrilled. We're really excited to have this."

He added, "I never expected to have a communion kit that was used in World War Two, but now that we have it, it's a great blessing."

The new/old chaplain kit will be used Sunday, June 6 at Protestant worship services set for 10:30 am at the David Adams Memorial Chapel on Gilbert Street.