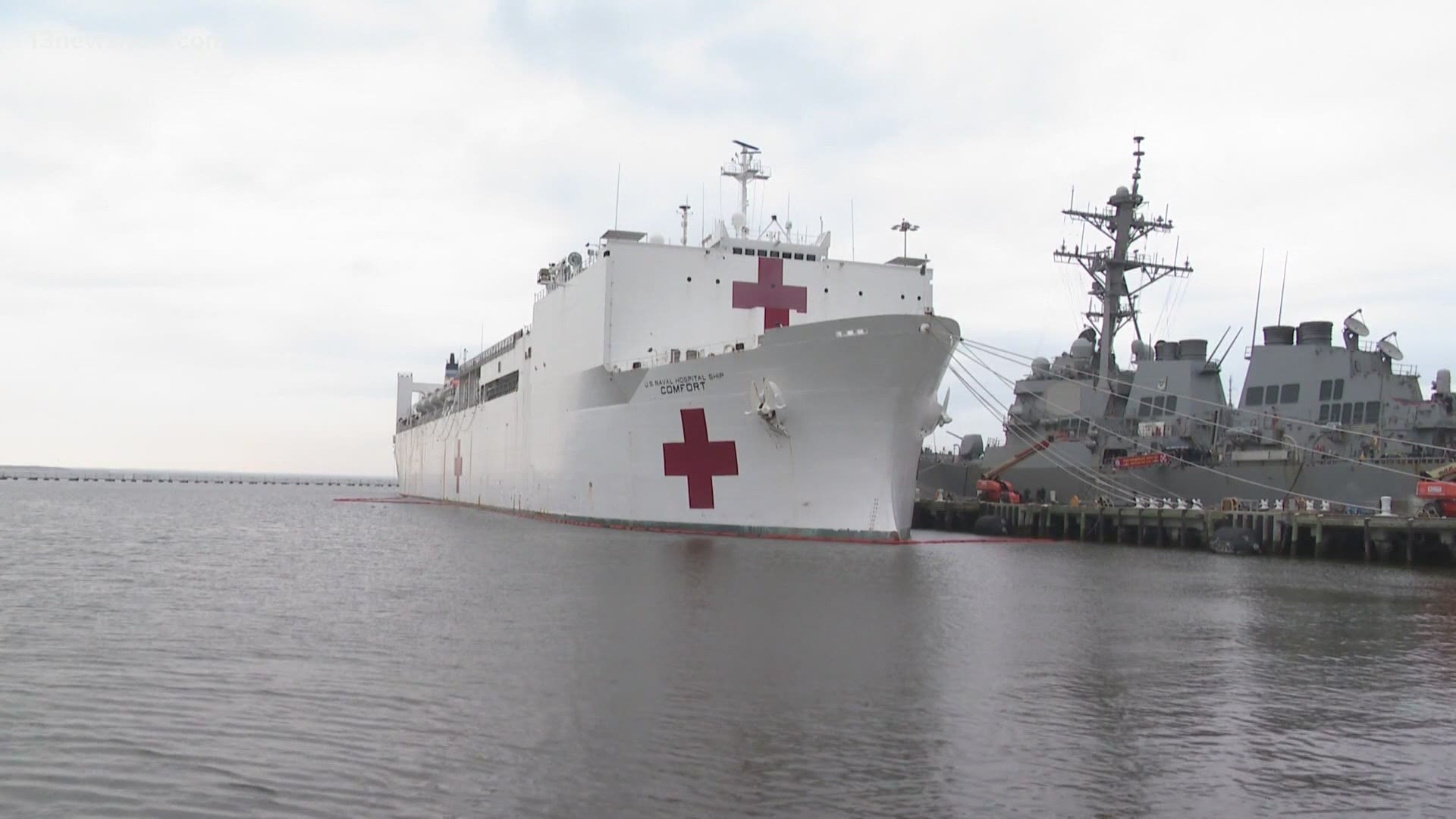 NORFOLK, Va. — For the Navy -- with more than 330,000 sailors to keep safe in an ever-dangerous world -- force protection measures are crucial.

Because of this, Commander, Navy Installations Command in conjunction with Commander, U.S. Fleet Forces Command conducts vital training every year at all naval bases in the continental United States.

Exercise Solid Curtain/Citadel Shield is designed to enhance the preparation and readiness of Navy security personnel to respond to threats.

At Naval Station Norfolk on Wednesday, a fictitious scenario focused on a hostage situation.

Under the script, an actor portraying an assailant got across the brow of the USNS Comfort at Pier One and held a person at gunpoint.

Members of the Naval Security Force were tested upon how they'd react to such a situation. Specifically, they were evaluated on how quickly they responded, and how well they communicated with the Naval Investigative Service as they set up a perimeter at the head of the pier.

Asked how important such training is, Patterson said: "It's very important because no situation is the same. They're always different. So, what we're trained to do is protect life, property, and that's what we're here to do."

"It's absolutely important with everything at stake here in the installation, with as many people and assets as we have, we have to train for 365 days a year to make sure nothing happens."

While this was just a drill, real tragedy actually struck, Ironically at the very same location, Pier One, back in 2014.

Master at Arms Third Class Mark Mayo, 24, was shot and killed by an assailant who had gotten through Gate 5 and made it to the quarterdeck of the USS Mahan.

Mayo died protecting his shipmates, which underscores in an all-too-real way the need for exercises like Solid Curtain/Citadel Shield.

“Citadel Shield-Solid Curtain reinforces our ability to respond to threats to the base and the more than 300 tenant commands we support,” said Capt. Vince Baker, Naval Station Norfolk Commanding Officer. “The more we drill as a team the more prepared we are to respond to any threat that we may encounter. We have a responsibility to ensure the safety and security of our personnel and assets so it is crucial we have confidence in our response and training.”