A professor at TCC estimates the region could lose between $800 million and $1.2 billion. 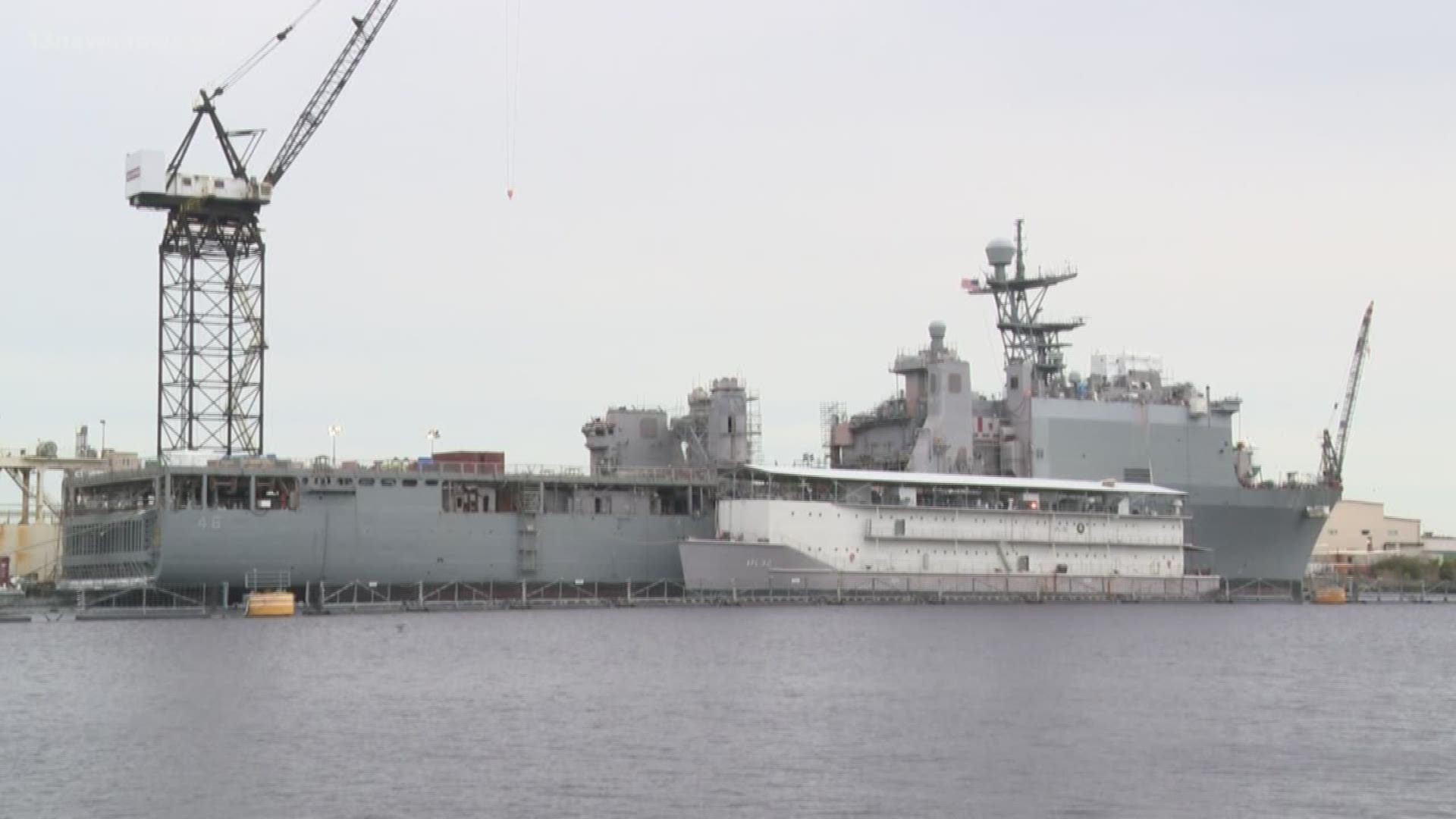 NORFOLK, Va. — The Navy's decision to cancel service life extensions on older Arleigh Burke-class guided-missile destroyers would have a big impact on the Norfolk waterfront.

Under the plan, 27 of the destroyers would go away by 2034. Not all of the repair work would have come here. But a good portion of it would have.

To give you an idea of how much money we're talking about, consider this: in 2019, General Dynamics NASCO shipyard in Norfolk received $67 million to upgrade the USS Arleigh Burke.

That same year, BAE Systems earned $114 million to do repairs on the USS Bulkeley.

Using those numbers, Tidewater Community College Business Professor Peter Shaw estimates that if even half of the destroyer repair jobs came to Hampton Roads, that would add up to between $800 million and $1.2 billion.

"That is a very big number and that has got to have a huge impact on the shipyards," he said. "That's got to be a noticeable impact."

RELATED: Future of Navy destroyers now in question; 27 could go away by 2034

Shaw said the destroyer cut is not good news for 60,000 people who work at the 250 companies which support the Virginia Ship Repair Association.

"If you reduce spending, what is the multiplier effect, the economic impact on the community?" he questioned. "So I've got to believe that a good chunk of those 60,000 are going to feel the pain."

Another Navy plan coming under fire is a decision to cut the Virginia-class submarine buy in 2021 from two subs to one. Shaw said that is not good news for Hampton Roads' largest private employer, Newport News Shipbuilding.

"If you have a contract to do two of these nuclear submarines and now you're only doing one, now, you've got idle labor that you can't use and so you're faced with layoffs unless you can figure out a way to displace the labor in the shipyard to something else," he said.

That very subject came up Tuesday on Capitol Hill.

"The Virginia-class submarine, we expected t build two this year," said Rep Bobby Scott (D-Virginia, 3rd District). "The budget only calls for one. How are we going to get to a 355-ship Navy if we are cutting the budget for shipbuilding?"

Deputy Secretary of Defense David Norquist replied: "The Virginia-class submarine, just to be clear, is a very valuable submarine. It's the type of system that have invested in in the past and intend to buy well in the future as a key platform for the Pacific fight. But as we head to 355, we need to look at not necessarily submarines, but what is the right mix of platforms to be ready for that future challenge."

Rep. Scott Peters (D-California) said one problem lawmakers have is that these cuts have come as a surprise.

"I think the abruptness with which some of these changes are made is not in the best service of the nation and to our war-fighter," he said.