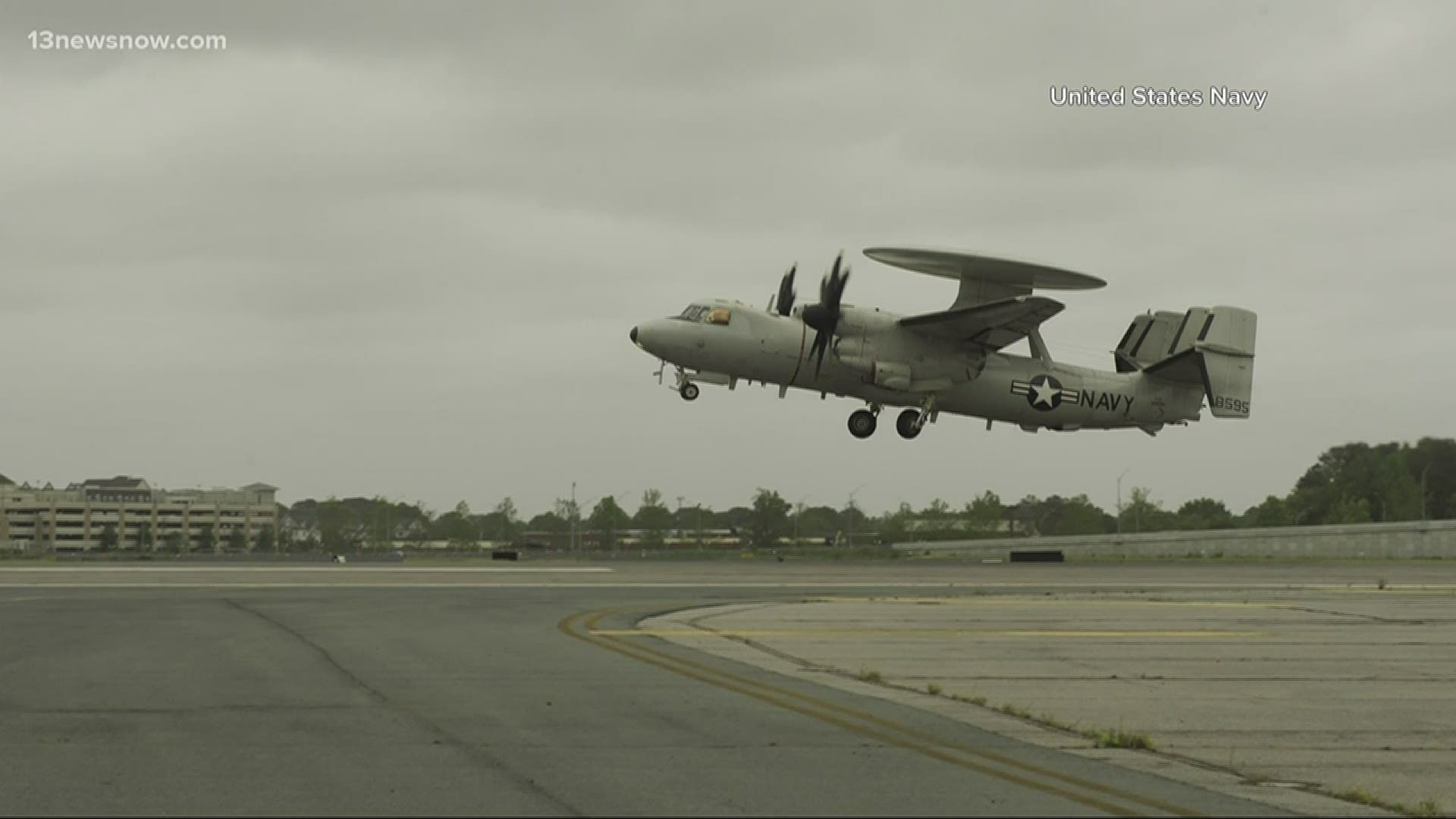 NORFOLK, Va. — Captain William Reed flew in three wars, and he deployed aboard three aircraft carriers: the Theodore Roosevelt, the Enterprise and the Abraham Lincoln. And on Tuesday he achieved something else altogether, passing the 5,000-hour mark piloting the E-2 Hawkeye.

The feat could be one for the record books.

"And it's just absolutely an honor to have flown for so long in so many different places with so many great people," he said. "It's a fun day to celebrate."

For 22 years, the 1995 Naval Academy graduate has flown the Navy's all-weather early warning aircraft. It provides a crucial mission, acting as the high flying eyes of the carrier strike group, providing management for air wing aircraft and communications relay, all from 27,000 feet up in the air.

Reed will relinquish command of Carrier Air Wing 7 in late July, and head next to the National Defense University at Fort McNair in Washington, D.C.

As for his time behind the controls of the Hawkeye, he says: "It never gets old. It's always exciting."