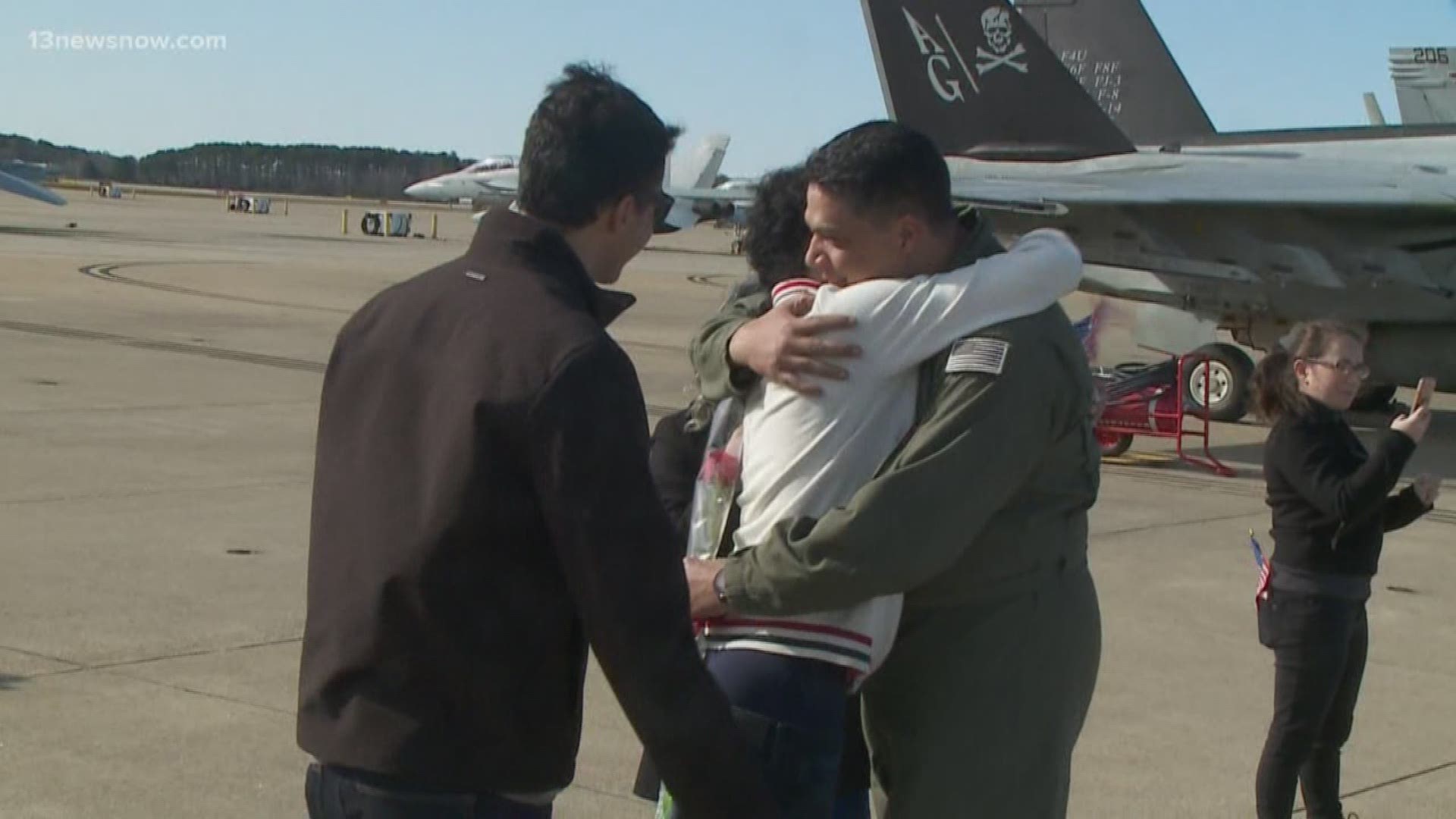 The air wing successfully employed 42 precision-guided munitions with a combined weight of over 70,000 pounds, destroying enemy targets and fighting positions in direct defense of coalition forces on the ground.

RELATED: A decade of triumph and tragedy for Hampton Roads military community