Task Force One is dedicated to rooting out discrimination and bias in the ranks. 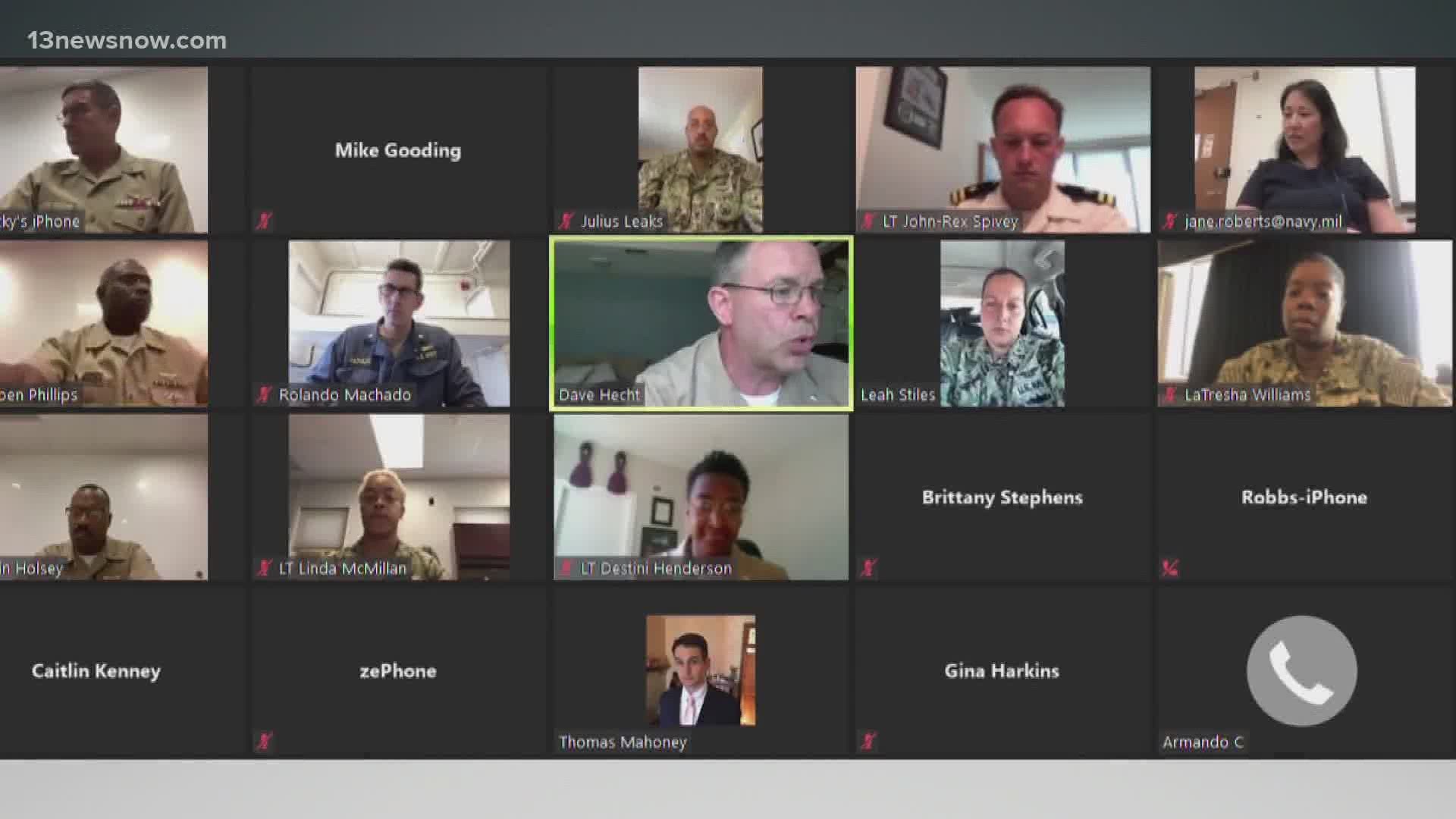 NORFOLK, Va. — The Chief of Naval Operations, Admiral Mike Gilday, has said, "We cannot tolerate discrimination or racism of any kind."

On Monday, the branch held a virtual first meeting of Task Force One. Its goal: to address the issues of racism, sexism, and other destructive biases and their impact on naval readiness.

In the listening session, officers and enlisted personnel spoke openly about the conditions they've endured.

"I think we should assume there are barriers everywhere for minorities," said LT Destini Henderson, who is African American, and a Naval Flight Officer. "That was definitely the case for me throughout my career, or even getting into the Naval Academy."

LCDR Rolando Machado, a surface warfare officer who is Hispanic, talked about the time he was speaking Spanish aboard a ship in a casual conversation with some sailors.

"A chief petty officer from another department kind of popped his head in, heard me speaking Spanish, and stood me up and basically berated me in front of two junior sailors for speaking Spanish... essentially that I'm un-American, un-patriotic," he said.

MCCS Leah Stiles is a public affairs specialist. She is white, and her husband is black.

"I've corrected sailors using the N-word more than once," she said. "Not because of me being married to a black man, but because it was wrong."

Navy leaders praised the sailors for speaking up.

"We've acknowledged we have an issue in our Navy," said Commander Naval Air Forces Force Master Chief Huben L.Phillips. "And we're getting after it. So I appreciated your advice. I appreciated all of your experiences. And just know, we're going to take it on board to make a difference."

In a news release, the Navy has pledged to "work to dismantle barriers and equalize professional development frameworks and opportunities within the Navy."

RELATED: Parents are hopeful bill will save troops' lives