Over 5,000 crew members agree to get inoculated starting Saturday at Naval Station Norfolk. 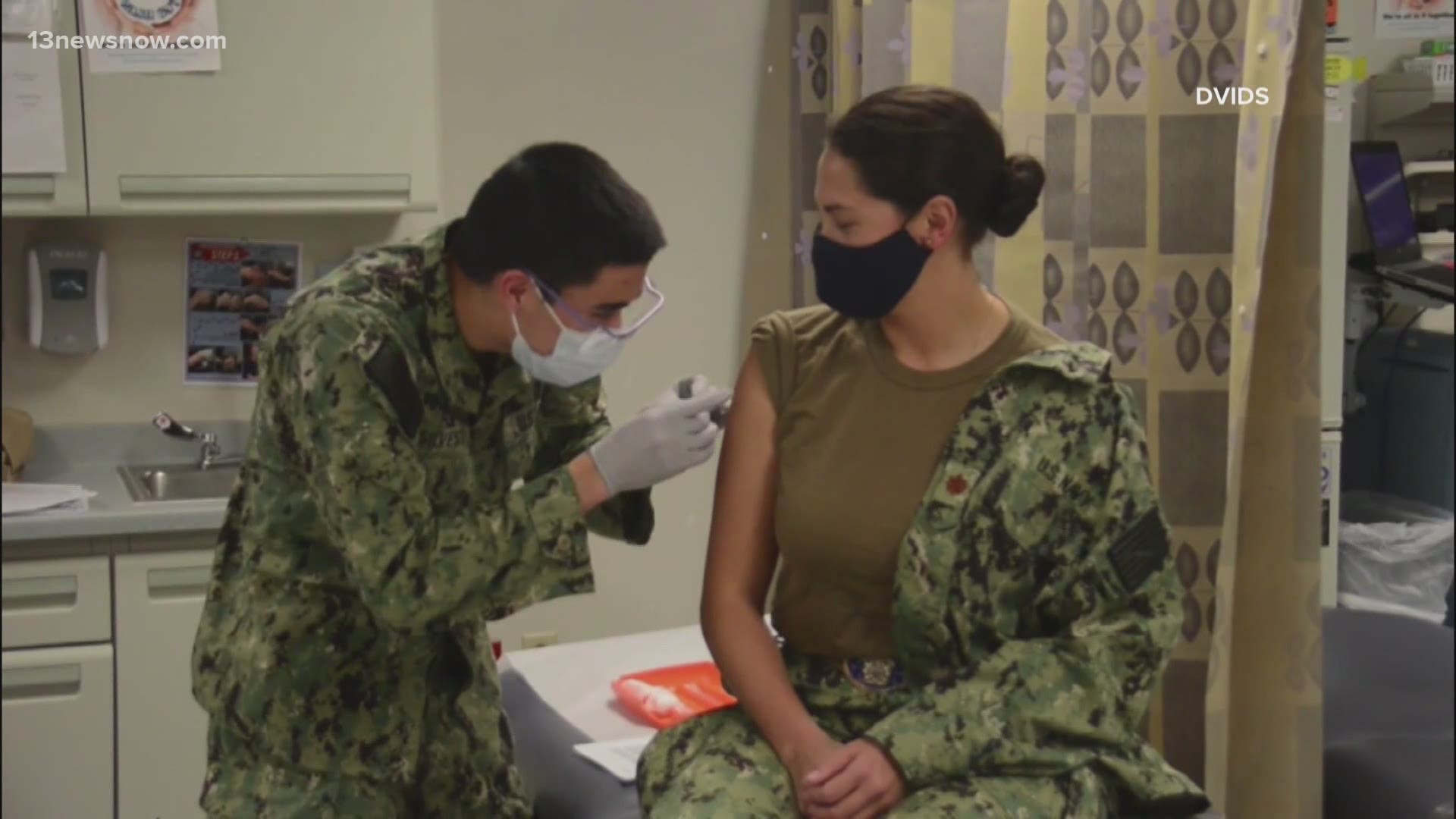 NORFOLK, Va. — The sailors of the USS Dwight D Eisenhower Carrier Strike Group are getting ready to roll up their sleeves.

The Navy has enough of the coronavirus vaccine to inoculate the entire crew.

It's not mandatory, but an astounding number of sailors has volunteered to get the shot. More than 80 percent of the strike group -- about 5,000 sailors in all -- have pledged to take the COVID-19 vaccine.

Sailors will receive their first dose starting Saturday, while the ships are pier- side at Naval Station Norfolk.

Securing enough doses for everybody only happened within the past week. A team of five medical personnel from Navy Medicine Readiness and Training Command Quantico is training the Ike's assigned medical department to administer the vaccine. Once certified, the Eisenhower medical team will give the shots to the remainder of the crew before their upcoming deployment.

"I'm excited that so many have decided to take the vaccine," said Rear Admiral Doug Beal, U.S. Fleet Forces Vice Commander. "And I'm very excited that they're getting to get to go downrange and at least achieve some sense of normalcy. This is a leading indicator of what I think is in store for the country."

Last year, the USS Theodore Roosevelt suffered a major COVID-19 outbreak. More than 1,400 sailors were infected, one died, and the ship was out of commission for 55 days.

Much has been learned by the Navy since that episode. Navy leaders are relieved that this year, the Eisenhower group will be so much better prepared for the pandemic.

"This is about as exciting as you can be as a staff officer in supporting the tactical edge there," said Vice Admiral Andrew Lewis, U.S. Second Fleet Commander. "This is really rewarding work for all of us. Because it's so significant, because we're able to do things that is tangible: taking care of our sailors."

Added Captain Larry Kuhn, Naval Air Force Atlantic Medical Officer: "This vaccine is our way to get back to some sense of normalcy."

The vast majority of the sailors will receive the Moderna vaccine. The second dose of that will be administered while underway.  A comparative handful of sailors have already received the Pfizer vaccine.