Volunteers raised $75,000 to pay for the addition. 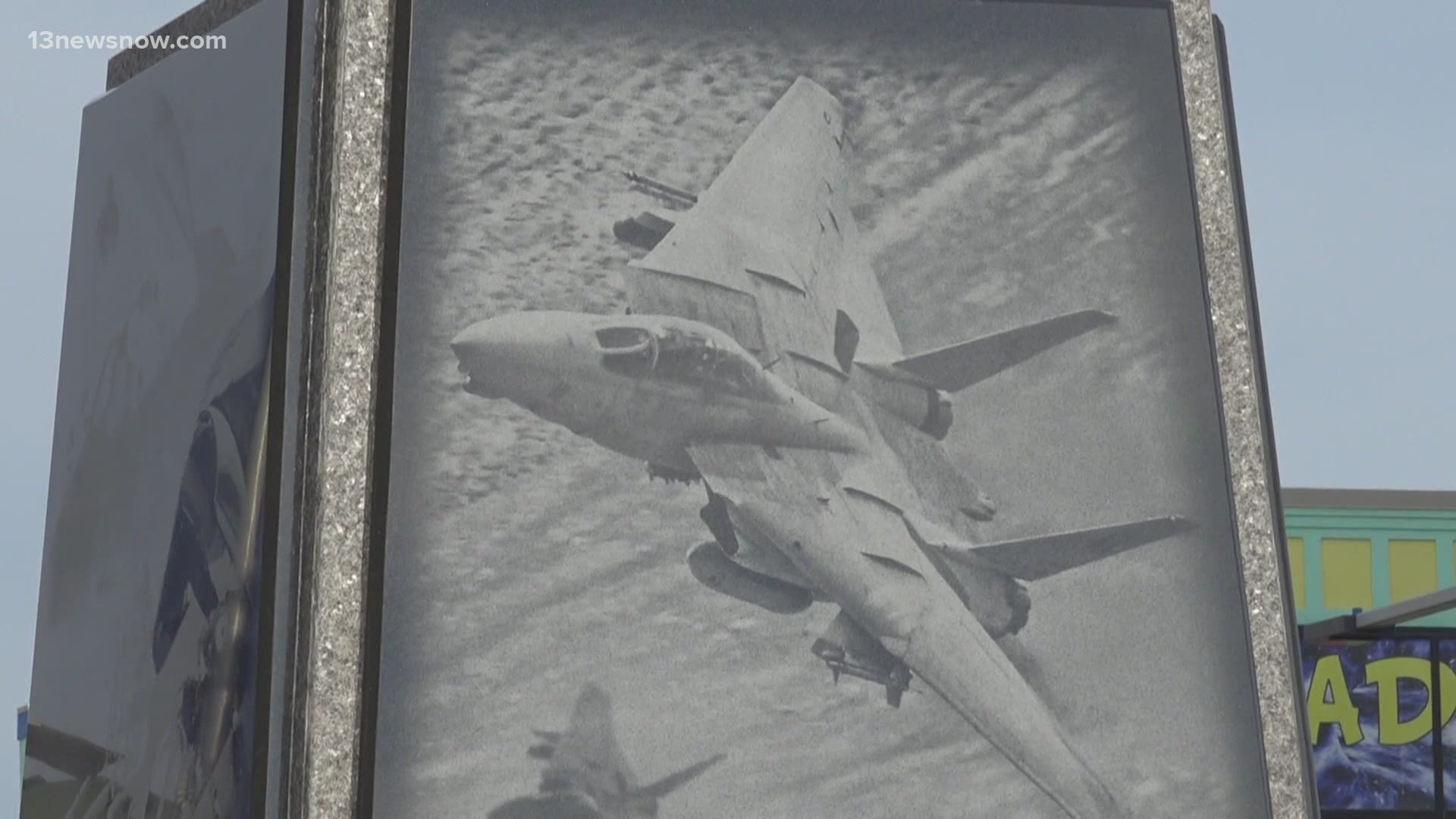 VIRGINIA BEACH, Va. — It is the stuff of legends, a machine of dreams which now takes its rightful place of honor.

The two-seat F-14 first saw direct combat in 1981 versus Libya, and over the next three-plus decades, fought the good fight in the skies over Bosnia, Afghanistan, and Iraq.

It became arguably the most famous and beloved airplane in the American military inventory, thanks in large part to Hollywood and "Top Gun."

"Tom Cruise was not the star of the movie 'Top Gun,'" said retired Navy Rear Admiral and F-14 pilot Fred Lewis. "The F-14 Tomcat was the real star."

It is a fuller tale now at 25th Street and the Boardwalk, with Tuesday morning's arrival of a 15,000-pound granite obelisk, with laser etchings paying tribute to the supersonic jet.

"Having the F-14 Tomcat monument right here at the Naval Aviation Park in Virginia Beach is of utmost importance to our history that we have known and enjoyed in Virginia Beach," said Lewis.

"The addition of the F-14 is really great," he said. "I'd like to see a couple of other airplanes. We had others like the A-4 [Skyhawk] out at Oceana. So I'm pushing with those guys. We've got room to put them."

Over the last three years, volunteers raised the $75,000 needed to build and pay for the new addition.

A formal dedication ceremony for the new Tomcat monument is scheduled for September 30.