Kenneth Braithwaite had a confirmation hearing before the Senate Armed Services Committee. 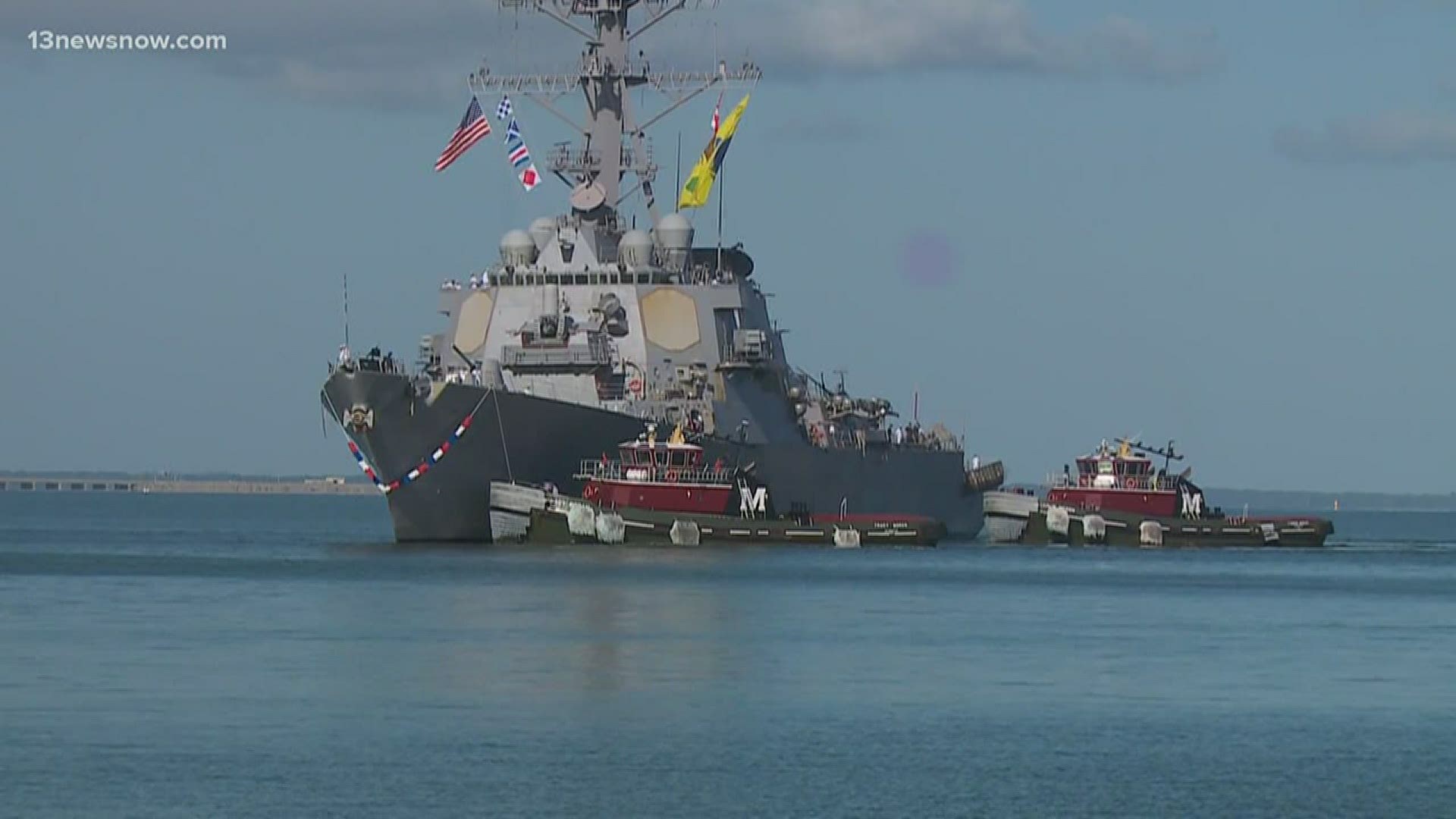 WASHINGTON — The problems with the USS Theodore Roosevelt are only the tip of the iceberg for the Navy in recent years.

There have also been deadly collisions at sea, a bribery scandal, and a Navy SEAL's war crimes trial.

On Thursday, President Donald  J. Trump's nominee to be the 77th Secretary of the Navy acknowledged the branch is "in some rough waters."

If confirmed, Kenneth Braithwaite would become the fourth Secretary of the Navy -- permanent or acting -- since last November 24th, when Richard Spencer was forced out.

That is a lot of churn at the top in less than six months' time.

Spencer got the boot when he opposed President Trump's intervention in the punishment of Navy SEAL Chief Eddie Gallagher following his war crimes court-martial.

Thomas Modly resigned after firing and then calling the former commanding officer of the Roosevelt "stupid."

And, James McPherson has been on the job a little less than a month.

"It saddens me to say the Navy is in rough waters, due to many factors, primarily, the failure of leadership," said retired rear admiral Braithwaite, who currently serves as the U.S. ambassador to Norway,

Braithwaite told members of the Senate Armed Services Committee that he will right the ship by restoring the Navy's culture.

"I won't say it's broken," he said. "I think it's been tarnished. I think the events over the last several years helped see that occur. And if I'm confirmed, I will make sure that I get at that, again, predicated on good order and discipline, and, empowering the people to understand their responsibilities along that chain of command...  and setting the tone here from the very highest level. I think it's contingent upon leadership to establish that and then hold those who were responsible up the chain for the same."

Braithwaite did not offer his personal view on the removal of Captain Brett Crozier as commanding officer of the COVID-19-stricken TR, but he did say he supports Chairman of the Joint Chiefs of Staff General Mark Milley's decision to re-open the investigation.

"Whenever you're confronted with a challenge like this, it's best to pause, consider all the facts, and then make the right decision," he said.

On other issues, Braithwaite said he supports reinvesting in the nation's four public naval shipyards, building a larger than 355-ship Navy fleet, and he singled out his admiration for the Arleigh Burke-class guided-missile destroyer, calling it, "truly the backbone" of the Navy.

RELATED: Future of Navy destroyers now in question; 27 could go away by 2034