USS Monterey and USS Mitscher assisted with the drawdown of forces, and evacuation of civilians in Afghanistan. 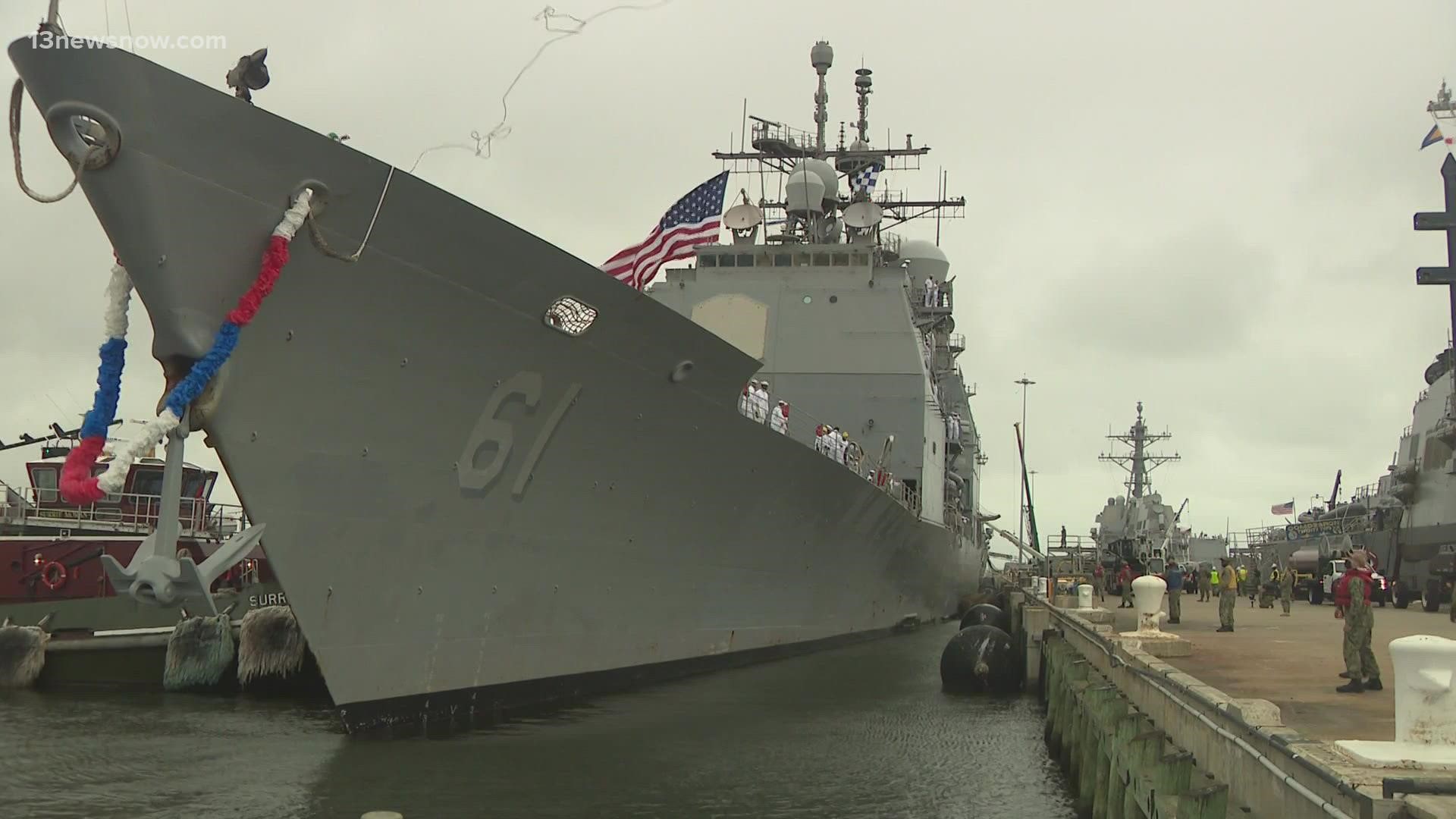 The ships deployed as part of the USS Eisenhower Carrier Strike Group.

"Great to come back to Norfolk," said Lieutenant Junior Grade Brad Hansen of the USS Monterey. "Saw them coming up the pier.= so it was just a good sight to see Norfolk, see the base, see all the ships. You know you're home then."

Although they didn't know it at the time that they left, a key part of the mission ended up being the U.S. military withdrawal from Afghanistan.

The Monterey and Mitscher provided air support for U.S. forces coordinating the more than 124,000 civilian evacuations.

"So, we conducted security for them as they conducted flight operations in support of the troop drawdown in Afghanistan," said Captain Joseph Baggett USS Monterey commanding officer. "It was a busy deployment, but totally, totally rewarding."

Commander Tom McCandless, USS Mitscher commanding officer said; "I think everybody has their eyes on Afghanistan and what happened in Afghanistan. We provided air defense for two strike groups, both the Eisenhower and the Ronald Reagan strike groups while they were providing over-watch for our forces in Afghanistan during the withdrawal."

The ships each navigated over 35,000 nautical miles and completed multiple strait and choke point transits in both the 5th and 6th Fleets.

Other ships assigned to the Eisenhower Group returned from their deployments in July and August.