This will be the first time since 1953 that spectators weren't invited to attend. 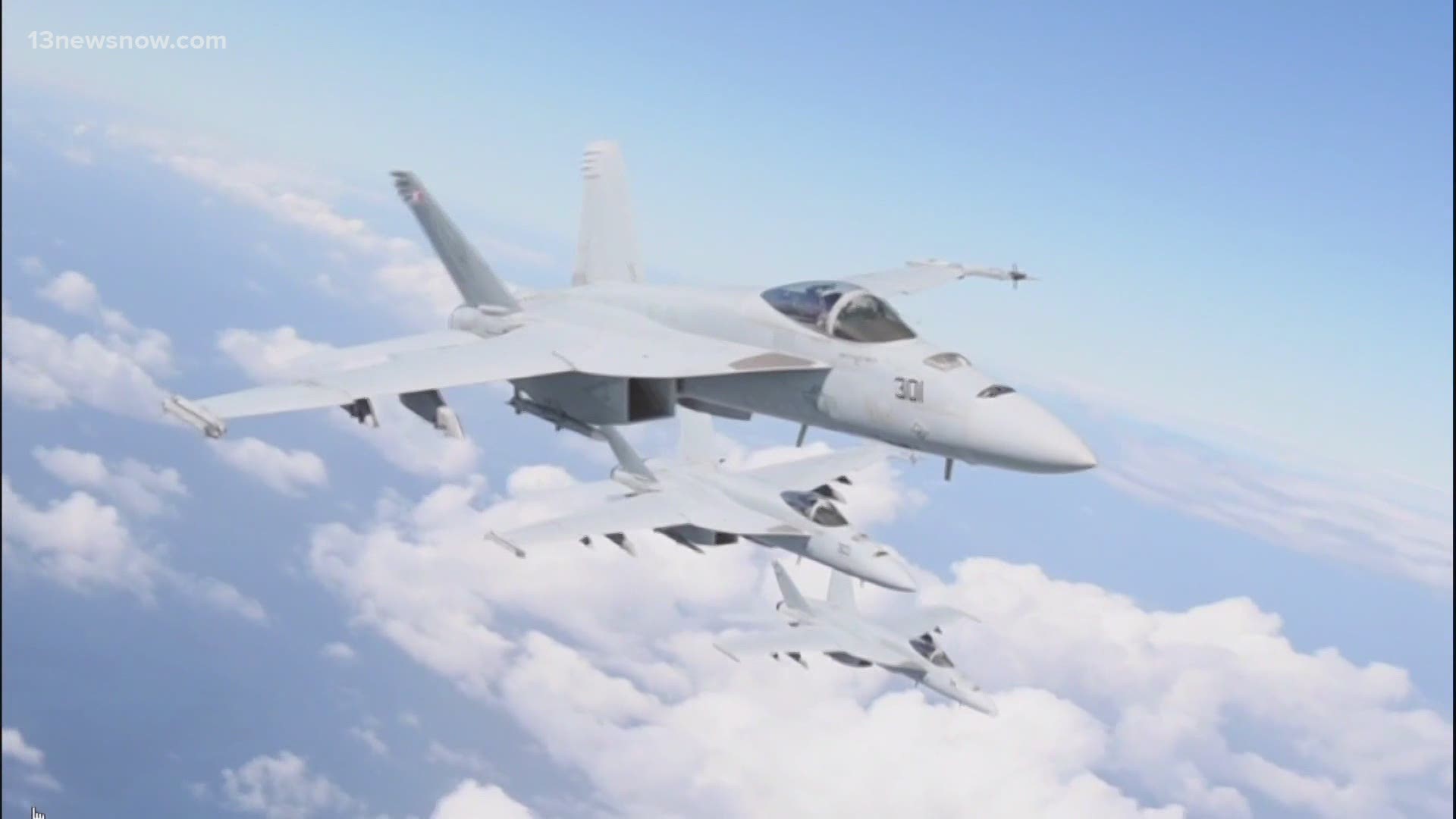 VIRGINIA BEACH, Va. — When the COVID-19 pandemic first broke out, it didn't look like there would be an air show at all. But, the Navy said it's found a way.

September 19 at noon, it was showtime - but way different than it has been in the past.

For the first time since 1953, there were no in-person spectators.

To take precautions during the pandemic, a virtual air show with live flying was streamed online.

Usually, over the course of the weekend, there would be 250,000 people on the ground, watching. This year, there was zero.

"I don't see it as a disappointment," said Naval Air Station Oceana's commanding officer, Capt. John Hewitt. "I see it as an opportunity. And we think we're going to reach a lot greater audience than we normally would with our live air show. We're expecting north of a million people."

Back in July, the Navy announced that the show was canceled outright.

Then, several weeks ago, the force announced a new, virtual show, would happen after all.

The Navy's F/A-18 E and F Super Hornets, and the Air Force's F-22 Raptors, will be on full display for Facebook and YouTube viewers.

The featured performers will be the Oceana-based "Rhino" demonstration team VFA-106.

The Gladiators' commanding officer said not that much extra work went into preparing for Saturday.

"Believe it or not, we haven't had to do a whole lot of preparation in terms of actually executing the air show," said CDR Dan Catlin. "And that's because the skills that you're going to seer showcased and highlighted are the exact same skills that we train to every bday to train for combat."

The Navy says the theme for the show is "In It Together," a tribute to frontline workers who are keeping the public safe during the pandemic.