The beloved monument, built in 1972, had fallen on hard times thanks to age and Mother Nature. 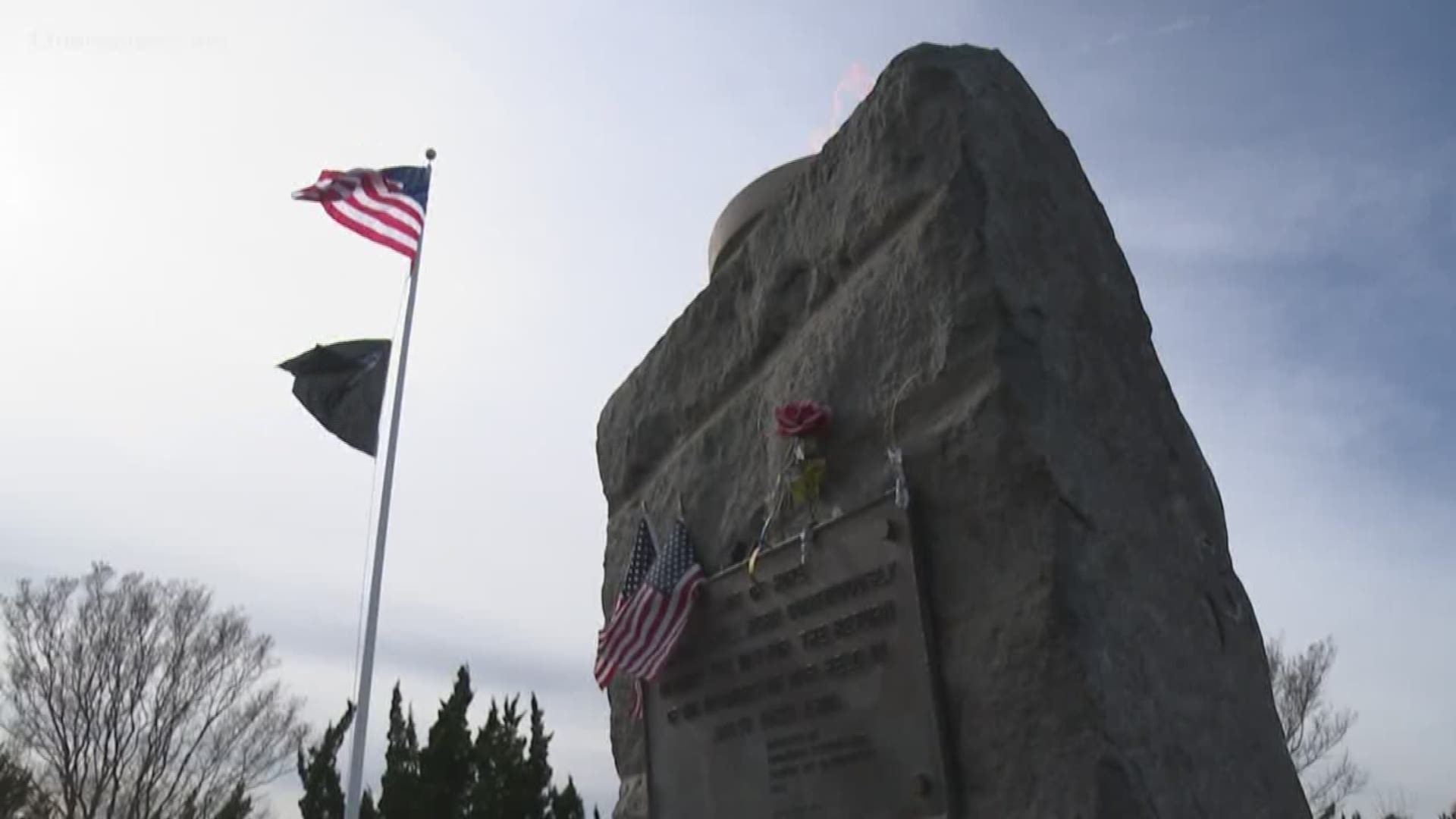 But now, some good-hearted souls have stepped up to repair Naval Air Station Oceana's "Flame of Hope" monument.

Since 1972, the Flame monument has lit the way home for Americans missing in action. Now after some tender loving care from the Jaycees, it should be able to do so for many years to come.

The monument began as a tribute specifically to MIA Naval aviators from the Vietnam War.

"It's a great remembrance and tribute. Let's see if we can find the rest of them." said retired Navy pilot Carroll Bains.

Time and Mother Nature in recent years had taken a toll on the monument. And that's where the Virginia Beach Jaycees came in. They recruited some local businesses to perform the much-needed repairs.

The upgrades included raising a new flag pole to replace the old one that fell during a storm. Also, a concrete collar surrounding the flame itself was badly cracked. That was replaced.

The idea is to keep the flame burning until all of the more than 1,500 still missing in action personnel from Vietnam return home, one way or the other.

It's also to give people a place to come and pay respects, which is just what the Virginia Patriot Guard riders did.

This isn't the end of the work. The Jaycees, the Kiwanis, and the Association of Naval Aviation intend to join forces in the months ahead to renovate the grounds surrounding the monument.

PREVIOUS STORY: After 47 years, Oceana's Flame of Hope monument in need of repairs

According to the U.S. Department of Defense Prisoner of War/Missing Personnel Office, as of December 2019, Americans still unaccounted for in Vietnam number 1,587.

You can watch "The Healing Journey," our original 2000 report on missing service members in Vietnam, below: