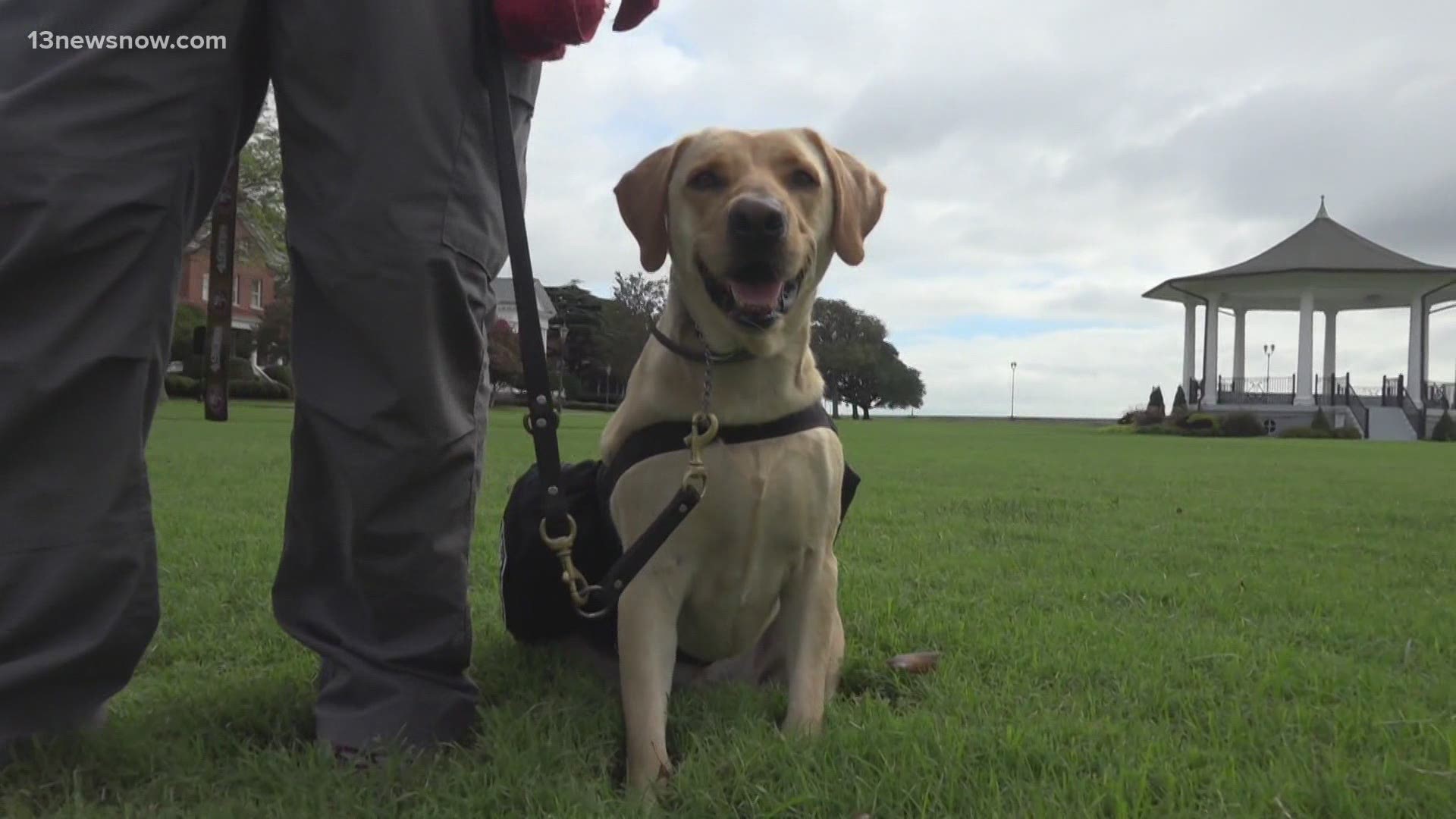 HAMPTON, Va. — It's been said that the best therapists have fur and four paws.

A Florida-based charity called K9s for Warriors is doing its part to end the epidemic of 20 veterans' suicides per day by pairing up shelter dogs with military vets.

Humans like to think they're the ones saving dogs' lives, when in fact, it's often the other way around.

"One hundred percent, guaranteed," said retired Sergeant First Class Everett Sloan, 63, of Hampton, who spent 31 years in the Army as a drill sergeant.

The Kecoughtan High School Class of 1975 alumnus was diagnosed with Post Traumatic Stress Disorder when he returned from Iraq in 2006.  And then, things got worse. Everett lost his wife to cancer four years ago, and then, his mother died.

The "this" Everett referred to is K9s For Warriors, a Ponte Vedra Beach, Florida-based nonprofit organization dedicated to ending veteran suicide.

They do it by rescuing and training shelter dogs to be paired as service dogs for vets with service-connected PTSD, brain injury and/or military sexual trauma.

They've served over 600 warriors and rescued 1,100 dogs since the organization was founded in  2011.

K9's for Warriors has paired service dogs with post 9-11 vets with service-connected PTSD, traumatic brain injury and/or military sexual trauma. The Florida-based non-profit has served over 600 warriors and rescued 1,100 dogs since its founding in 2011. #13NewsNow pic.twitter.com/54wPogksGz

In this case, they paired Everett up with a yellow lab mix, Duncan, or "Mister D." And, the rest is history.

"It was traumatizing, but the dog pulled me through it," he said. "It was more hurtful with my wife than with my Mom. But with the dog, it was a lot easier to get through. But I couldn't have done it without him, because I didn't know which direction I was going with my life."

If you are a service-connected disabled veteran with military service after Sept. 11, 2001, then you are eligible to apply, which you can do so at this link.