He was killed during the attack on Pearl Harbor. It took 79 years, but he's finally coming home to East Tennessee

The Johnson City native was just 21 years old when the battleship USS Oklahoma was attacked, killing him and 428 other crewmen. 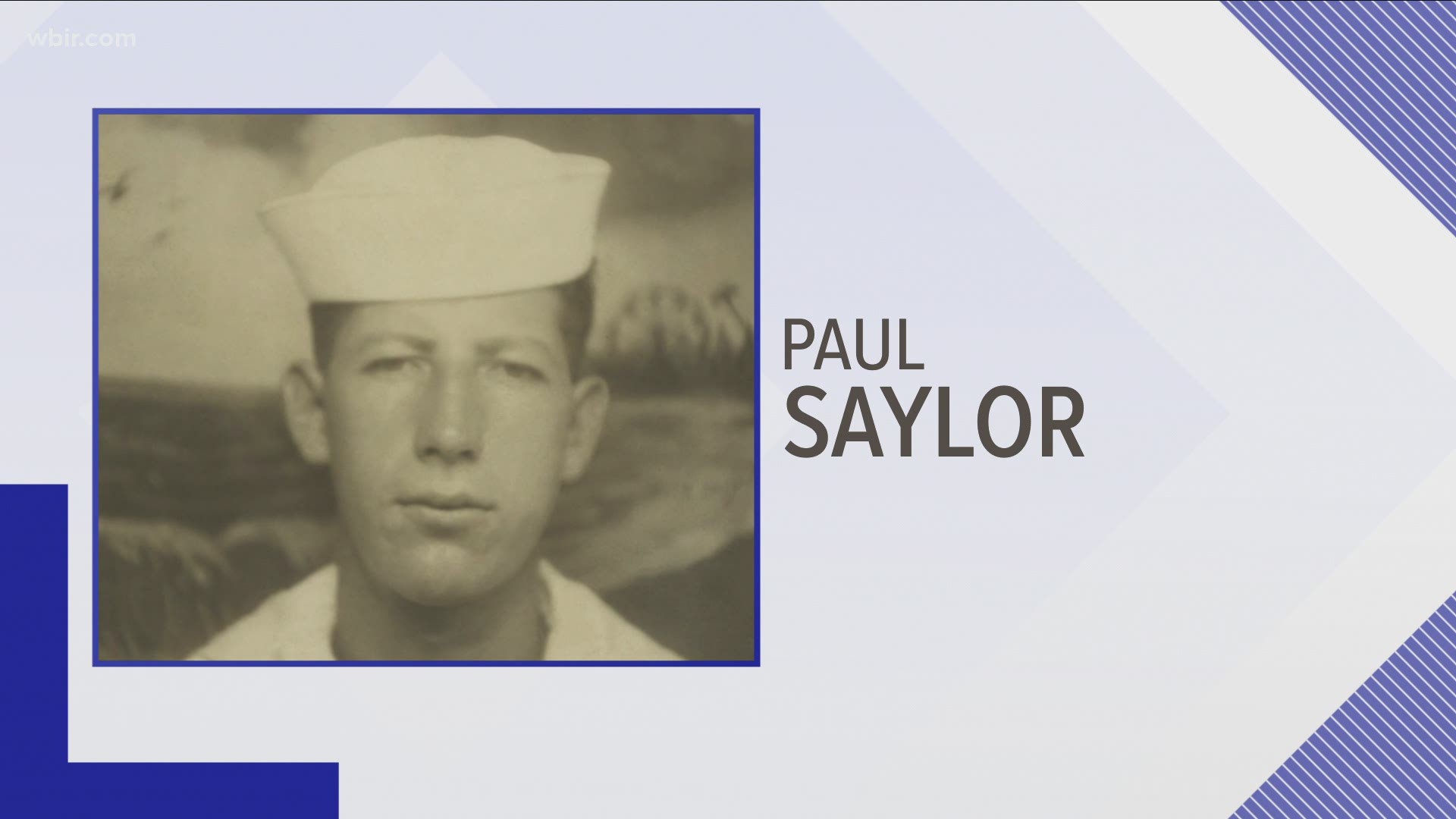 JOHNSON CITY, Tenn. — An East Tennessee sailor who was killed in the Japanese attack on Pearl Harbor has finally been identified and will be laid to rest in his hometown.

Navy Fireman 1st Class Paul E. Saylor of Johnson City was only 21 on the morning of Dec. 7, 1941. He was assigned to the battleship USS Oklahoma, moored at Ford Island in Pearl Harbor, when the ship fell victim to the surprise aerial attack.

The USS Oklahoma was hit by multiple torpedoes and quickly capsized. As the ship sank, 429 crewmen, including Saylor, lost their lives.

Saylor was born in Sullivan County and grew up mainly in the Tri-Cities area.

He enlisted in the Navy in July 1940, and came aboard the Oklahoma in October 1940, according to the Saylor family.

Over the next six months, the remains of all those men were eventually recovered, but identifying all of them with the forensic methods of the time was impossible. Instead, the remains were interred in the Halawa and Nu'uanu Cemeteries in Hawaii.

In September 1947, after World War II ended, the military began the process of identifying the remains of those who died at Pearl Harbor. They were disinterred from the cemeteries and brought to the Central Identification Laboratory at Schofield Barracks in Honolulu.

Laboratory staff members were only able to confirm the identities of 35 men at the time. They were then reburied in 46 plots at the National Memorial Cemetery of the Pacific (NMCP), known as the Punchbowl, in Honolulu.

In October 1949, a military board classified those who could not be identified as non-recoverable. Their names, including Saylors, were etched on the Walls of the Missing from Pearl Harbor at the Punchbowl.

Using new technology, including DNA and anthropological analysis, the scientists were able to finally identify Saylor's remains on November 24, 2020.

His remains will finally return to East Tennessee, where he will be buried on August 20 in his hometown of Johnson City.

His name will remain on the Walls of the Missing in Hawaii, but a rosette will be placed next to his name to indicate he has been accounted for.