The report documents specific cases in all the military branches, the Reserves and the National Guard. 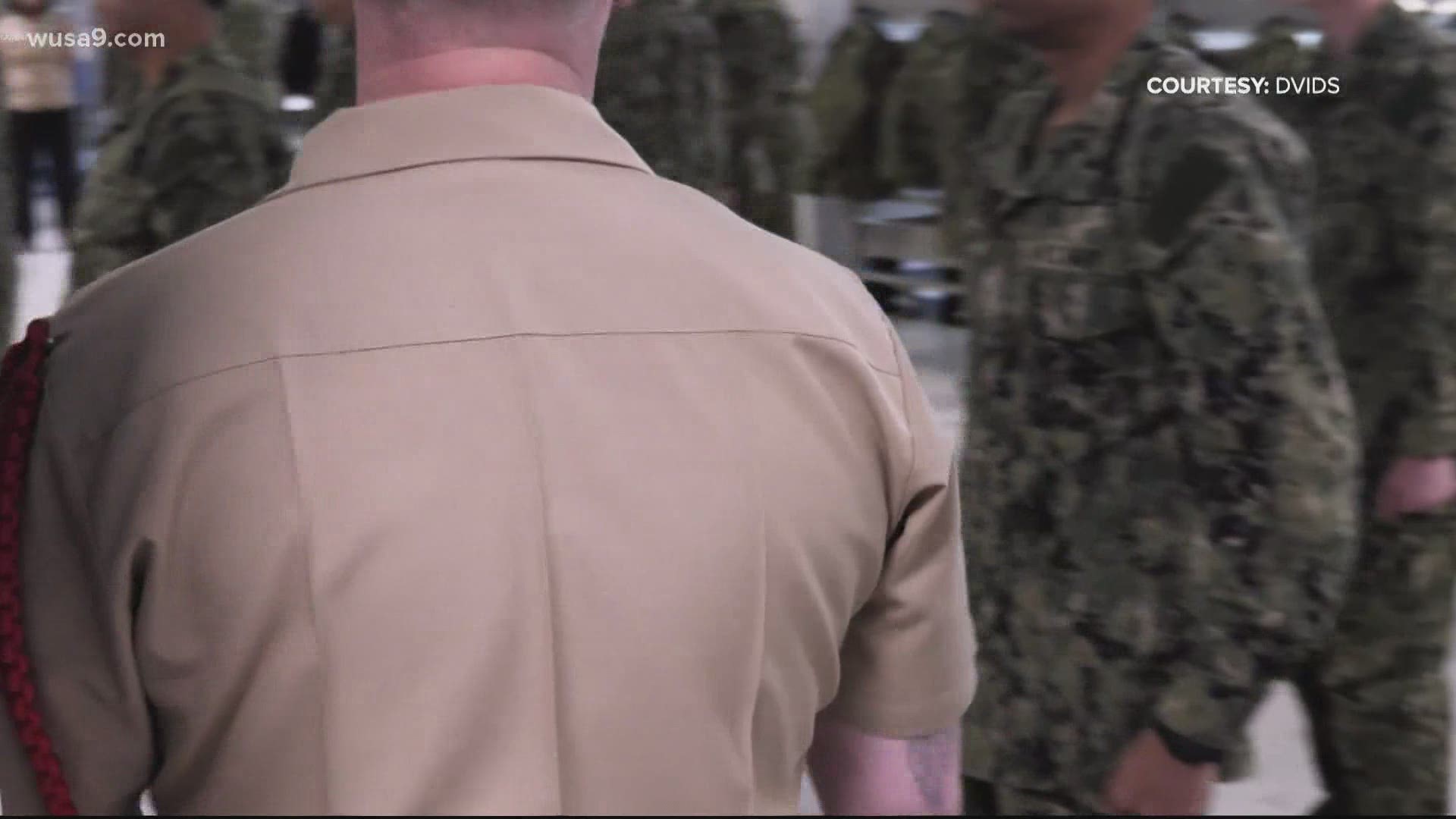 WASHINGTON — Lawmakers required the Department of Defense to study how it screens for extremist and gang-related activity in those who are trying to enlist. For the first time, the resulting report details concrete examples of white supremacists serving in our armed forces. It documents specific cases of extremism in all branches of the military, the Reserves and the National Guard.

But, it also makes it clear the screening methods used by the military are not catching everyone.

"In my unit (infantry) I've met quite a few rightists — some openly [National Socialist] NS, lots of neo-Nazis ..." one infantryman wrote in leaked “Iron March” forum data from Ars Technica cited in an October Pentagon report. "A good way people in the military find other rightists is to simply wear a shirt with some obscure fascist logo … The symbols of SS units are especially common, even on things as public as cars, flags, and helmets."

Another concrete example of white supremacists in the military comes from a screenshot of a chat with a soldier in the Florida National Guard, who is also the co-founder of Atomwaffen Division, according to the leaked data cited in the report.

The neo-Nazi group advocates for the collapse of society through violence. A member asks him if he's worried about being found out by someone, now that he's in the military. In the excerpt in the report, the soldier replies: "I was 100% open about everything with the friends I made at training. They know about it all."

The Department of Defense report goes on to give details about another AWD member stationed at Camp Lejeune, who was discharged from the Marines. It came after his involvement in the Unite the Right rally in Charlottesville back in 2017. Heather Heyer was killed there after a car plowed into the crowd.

The document highlights an Army reservist and two vets who were arrested for allegedly planning to incite violence at a Black Lives Matter protest, in May 2020.

"All three are self-proclaimed members of the Boogaloo movement," an anti-government extremist group, according to the report.

“These red flags have been going off for quite some time in the military,” Army Veteran and Maryland Rep. Anthony Brown (D), who sits on the House Armed Services Committee, said. “Not that it represents a large percentage of the military, but given the danger that it presents, even a small number is a dangerous number.”

RELATED: The military says some active duty service members stormed the Capitol. So what are they going to do about it?

In order to join the military, you have to go through a screening process and pass a background check. Those measures include extensive contact with recruiters and investigators, interviews, fingerprinting and a physical.

“I don't think DOD is doing enough to screen out extremists,” Brown said. “In large part, they are limited in resources. They may need additional authorities, but I think now is the time to put into motion, make the requests of Congress. What do you need so you can do a better job at screening out those who adhere to these extremist views and ideologies?”

Officials said they are exploring the ability to check social media as part of background checks, which they do not do now. They wrote it would be difficult to do that for the hundreds of thousands of people DOD vets each year.

The report gives seven recommendations to weed out supremacists. Brown agrees they should collaborate with the FBI and its resources, including its symbols library and tattoo database, to better identify red flags.

Another suggestion is improving questions on security clearance forms. The report recommends "modifying existing language" on Domestic Terrorism and Domestic Extremism "can provide extra information" instead of the "strong association with international terror groups" the current questions ask.

“If we don't wrestle this to the ground, if we don't address this in the ranks, I think we run the risk that we're going to see more of these well-coordinated extremist activities in the future,” Brown added.

In the report, the Pentagon said they have started to implement six of the seven recommendations. WUSA9 requested an on-camera interview with Department of Defense officials to talk about exactly what steps they're taking. They have not gotten back to us.