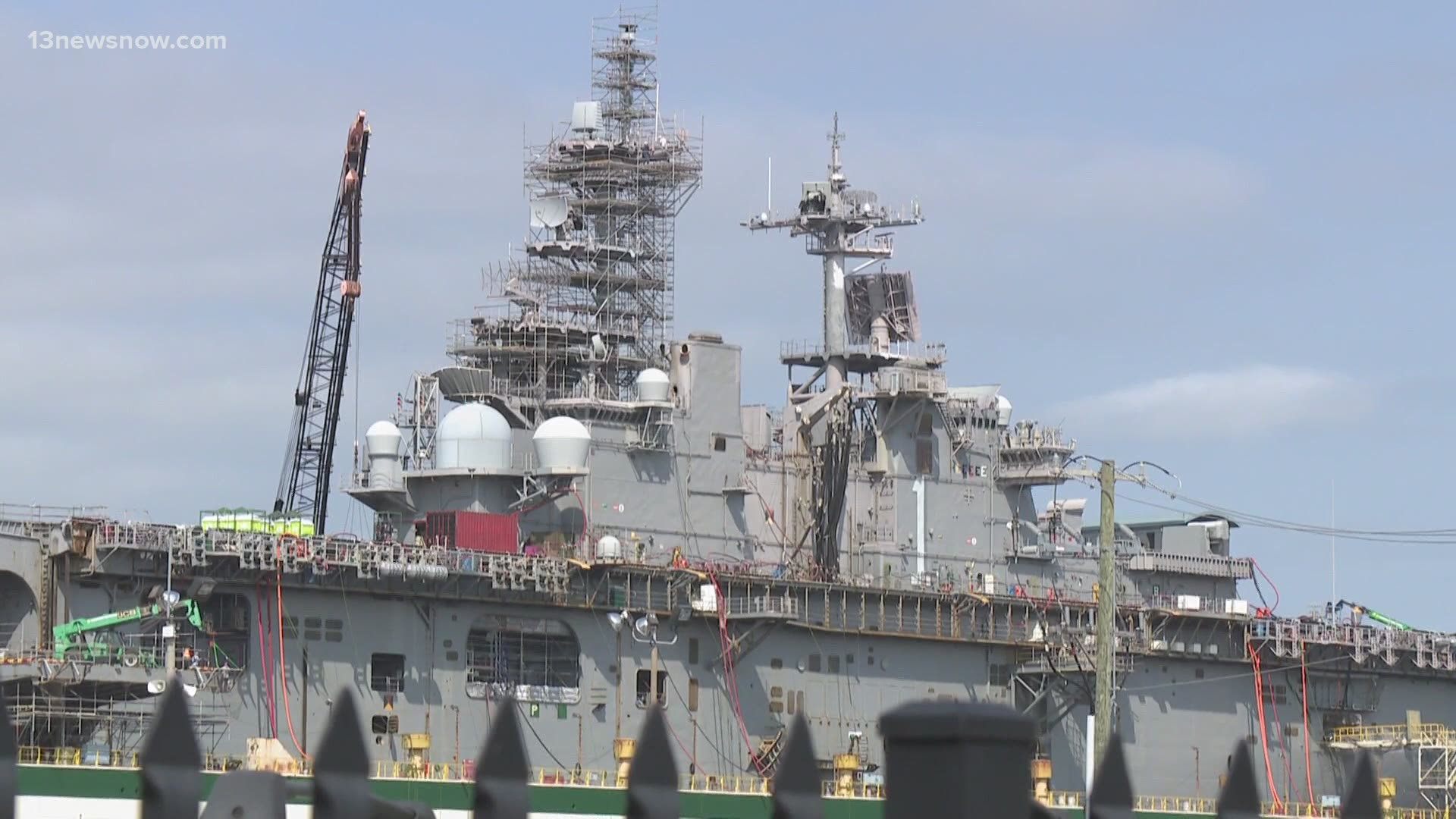 NORFOLK, Va. — It is one of the most important private employers in Hampton Roads and its contribution to our national defense is immense.

Now, the ship repair industry is looking to Congress, for more predictability in defense appropriations.

Since the Budget Control Act of 2011 passed, the nation has experienced 10 years of budgetary uncertainty. The people who run private shipyards say that needs to change.

With unpredictable and inconsistent appropriations, it can be hard to plan for the future. The private companies really just want to know for sure what the future holds, so they can plan accordingly, right-size their workforce, and get the ships repaired on time.

"One of the things we work on at BAE Systems is to be a close partner with the Navy and that involves being predictable with our maintenance cycle time and hitting our delivery dates," said Paul Smith, VP and General Manager, BAE Systems Norfolk Ship Repair.

And that's where Congress could help.

Instead of passing Continuing Resolutions, funding defense priorities at the prior year's levels, lawmakers could consistently approve full-year appropriations and do so on time.

"The number one thing I hear from everybody across the shipbuilding and ship repair industry across Hampton Roads is, they need predictability," said Rep. Elaine Luria (D-Virginia, 2nd District). "It's very challenging to bring on a qualified workforce that can support the Navy and the Navy's needs. And so that predictability allows the reliability needs."

"We cannot decommission ships faster than we can build ships to replace them," she said.

Despite the budget concerns, performance is improving.

The Virginia Ship Repair Association includes 285 member companies, with an economic impact of more than 60,000 jobs, and $4.3 billion in employee earnings and benefits.