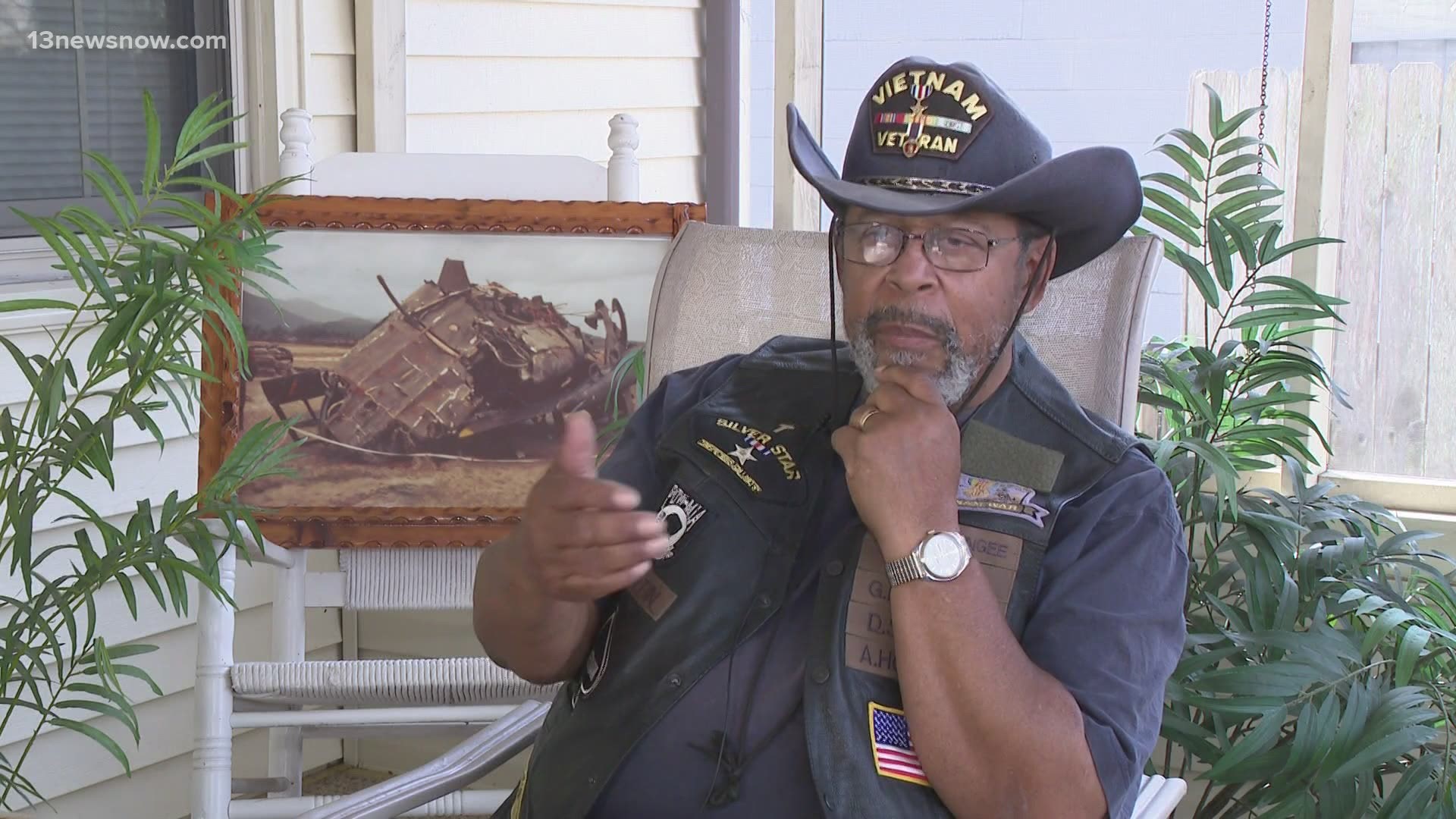 NEWPORT NEWS, Va. — The Medal of Honor is the United States government's highest and most prestigious military decoration.

It is awarded for conspicuous gallantry and intrepidity at the risk of life above and beyond the call of duty. A select few have received the Medal. Very select. And very few.

"I'm not stating anything new. This has been stated by the armed forces that racism -- right up through Vietnam -- has played a significant role in preventing due recognition of deeds of valor by African Americans that are worthy of the Medal of Honor," said Ed Lengel, Chief Historian for the National Medal of Honor Museum in Arlington, Texas.

Take the story of Jim Cornish and his "exceptionally valorous action."

In February 1967, the then-19-year-old's UH-1D Huey helicopter went down in Vietnam. The pilot was trapped in the aircraft. Despite coming under heavy ground fire from the enemy, Cornish promised the pilot he wouldn't leave him.

When U.S. forces came to extract them, despite the heavy ground fire, a wounded Cornish with a "useless" right arm returned fire using his uninjured left arm.

Cornish exited the Huey wreckage in the middle of a battle zone and removed his reversible flight jacket from the green side to the orange side and waved it so that the friendly forces could see them.

The Newport News resident did receive a Silver Star. According to his citation, "Specialist Cornish's courage and determination under fire are in keeping with the highest traditions of military service."

"I was willing to give my life for that pilot," he said. "I didn't want to leave him. I was ready to die that day for my country and my friend. Isn't that something?"

Credit: 13News Now
Jim Cornish stayed with his pilot while undergoing heavy enemy fire after their UH-1D Huey was shot down in Vietnam in 1967. "I was ready to die that day for my country and my friend," he said. "Isn't that something?"

Just 22 received the Medal of Honor.

"This is not fair, It's not right," said Cornish's friend, Zinerva White of Hampton.

White also got a Silver Star in Vietnam. He, too, believes he got short-changed.

Michael Clemons is a professor of African American Studies at Old Dominion University. He is not surprised by the overall numbers.

"It's very disappointing, perhaps even disheartening," he said. "When one is excluded from any aspect of culture, it becomes problematic. And in the case of the Medal of Honor, we certainly do see that kind of exclusion taking place and the lack of recognition given to people who would put their life on the line."

It is not just Black soldiers who've been overlooked.

This is not to say that those who did get the Medal of Honor didn't deserve it, but any reasonable person would likely agree that something's not entirely right with how they've been handed out over these 158 years.

U.S. Sen. Mark Warner (D-Va.) for one, questions the process.

"You've got to start with acknowledging there is a problem," he said. "I've got some legislation into the Defense Bill that's called the 'Elite Act.' It's supposed to look at barriers to advancement for racial minorities. Part of that barrier to advancement may be in terms of promotions But, part of it could be in terms of recognition of performance, recognition of bravery on the field."

The military insists there is a level playing field.

RELATED: Getting a Medal of Honor upgrade could be a tall order

Just 2.6 % of the more than 3,500 Medals of Honor bestowed since 1863 have been awarded to African Americans. Vietnam War veteran Jim Cornish of Newport News, Va. says, "We know it was unfair. So what do we do now?" @13NewsNow pic.twitter.com/6oxuh0507g