Critics say using the military for law enforcement during civil unrest would do more harm than good. 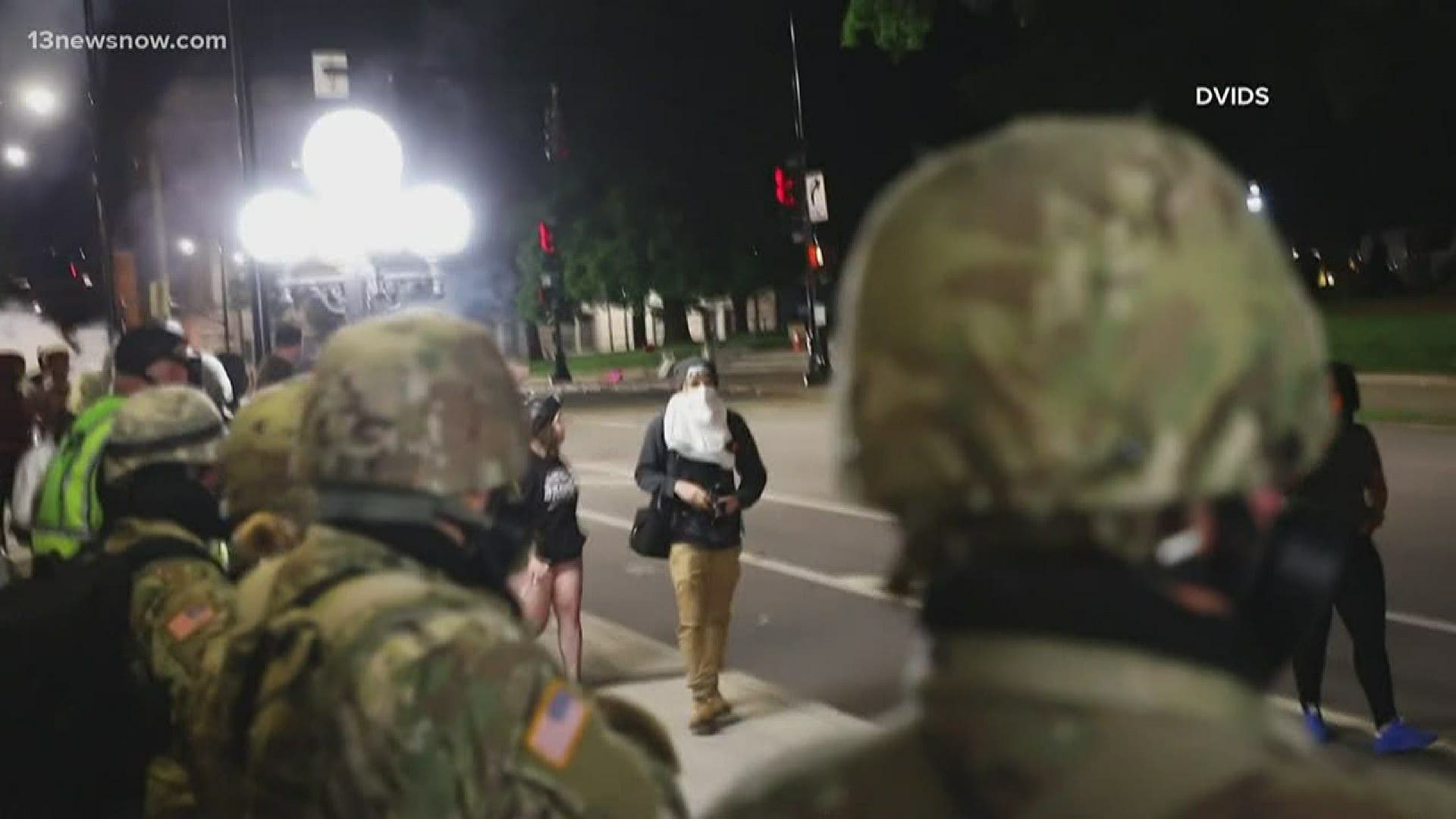 NORFOLK, Va. — President Donald J. Trump has promised to use the military to quell the violence and stamp out the civil unrest.

"I will deploy the United States military and quickly solve the problem," he declared.

117,000 members of the National Guard have already been deployed to 23 states. But now, the president is talking about also using the active-duty military.

That would require invoking the Insurrection Act of 1807, which hasn't gotten used very often over the last 213 years.

The act dates back Thomas Jefferson and  Aaron Burr. It was used most recently in 1992, by President George H.W. Bush during the Rodney King riots in Los Angeles.

"From a pure legal perspective, this is a pretty simple, straightforward statute," he said. "If the president sees the need, he can use federal troops in this way."

Jacob added, though, it might not be the best idea.

"Does the President have legal authority to send federal troops to Minneapolis or wherever may be?" he asked. "I think the answer is yes. I think it's a question of wisdom and prudence. Is that what the country needs?"

"Treating this as a war, I think, is an enormous mistake," he said. "It sends the message to the people as the president has said, it's a battlefield. This is war. That's not the message we want in our cities across the country."

Smith continued: "If the President is basically threatening to use the U.S. military to go in and enforce the law in U.S. cities, that runs the risk of an extreme escalation of violence and a hugely disruptive practice."

Smith said he intends to hold a hearing next week to question Secretary of Defense Mark Esper and Joint Chiefs of Staff Chairman General Mark Milley, about what role they envision the military playing going forward.

Sen. Tim Kaine (D-Virginia) announced that he will introduce an amendment to the Fiscal Year 2021 National Defense Authorization Act to prevent the use of military force against American citizens exercising their first amendment rights.

The Senate  Armed Services Committee will take up the NDAA next week.

“The President is trying to turn the American military against American citizens who are peacefully protesting on domestic soil, which they have every right to do," he said. "I’m not going to stand for it. As an Armed Services Committee member, proud supporter of our military, father of a U.S. Marine, and Senator representing a state so closely connected to the military, I can tell you: this is not what the United States military is for.

"I never thought we would have to use the NDAA to make clear that the U.S. military shouldn’t be used as an agent of force against American citizens who are lawfully assembling. I thought that would seem obvious to everyone.

"But as we take up the NDAA next week, I’m going to be pushing to ensure the President can’t treat the U.S. military as his personal palace guard to try to ward off peaceful protests.”

RELATED: Trump to use more than 200-year-old law to allow federal crackdown against civil unrest