Remembering America's Prisoners of War and Missing in Action troops

More than 81,000 personnel remain unaccounted for. 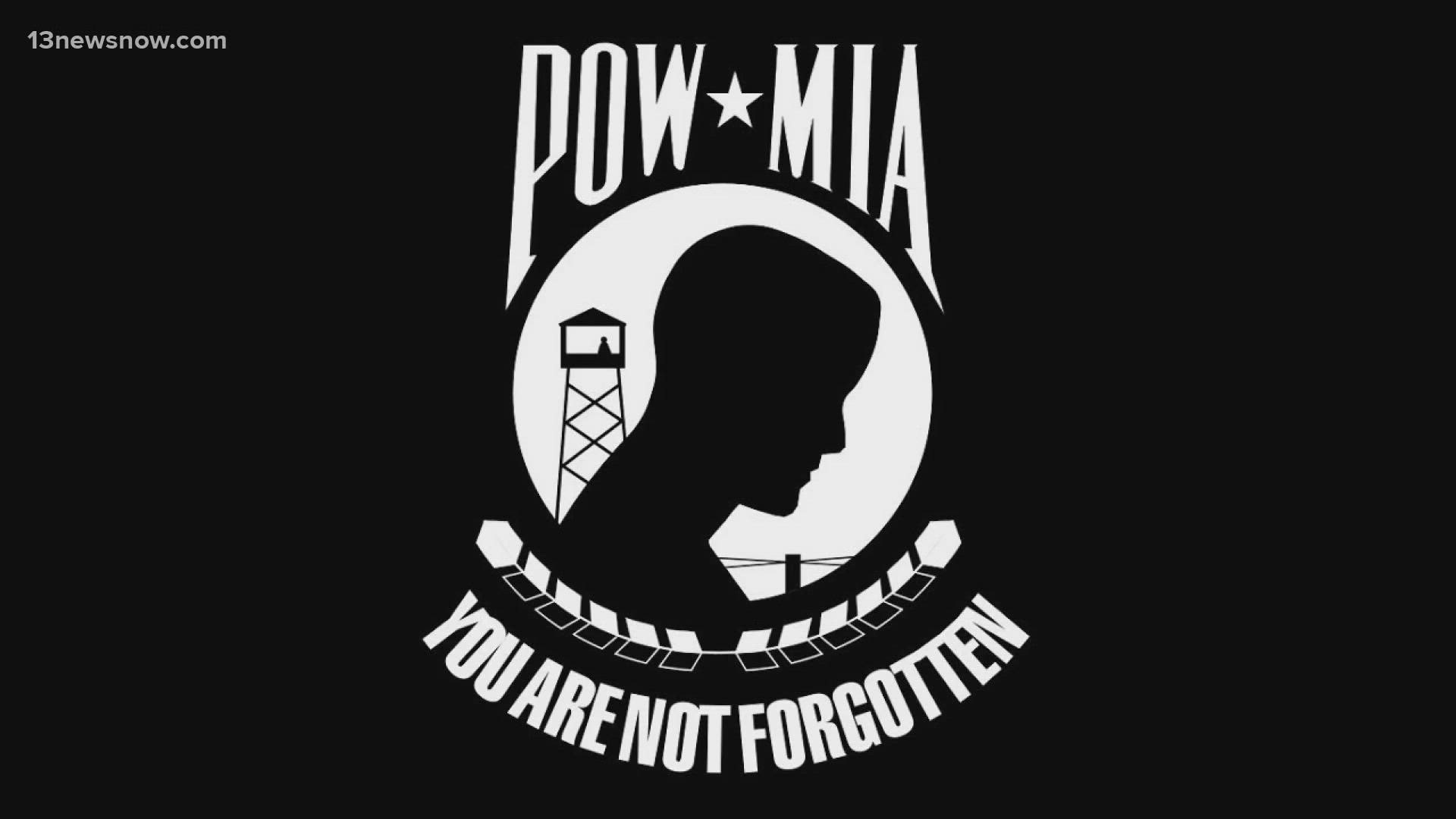 The numbers are staggering.

Dating back to the Revolutionary War, still missing are more than 81,900 U.S. military members -- these people were never found, never accounted for.

"We will scour every inch of land," said Gen. John Hyton, vice chairman of the Joint Chiefs of Staff. "We'll dive every shore. We'll plunge into every depth of the Pacific and Atlantic. We'll comb every bit of the Korean and Italian peninsulas, the unmarked graves of Belgium to Burma. And we will find you. We will never forget and will never leave a fallen comrade behind."

On this National POW/MIA Recognition Day, U.S. still has more than 81,900 military members unaccounted for; most, from WWII. @SecDef tells families: "We stand with you and we always will." @13NewsNow pic.twitter.com/YA8j4Z8AGb

Since 1979, National POW/MIA Recognition Day has been observed across the nation on the third Friday of September.

In capital letters on the flag are the words: "You Are Not Forgotten".

That sentiment was echoed Friday at the Pentagon Hall of Heroes by Secretary of Defense Lloyd Austin in a message to the families of the missing.

"You have faced absences," he said. "You have faced uncertainty. And you have faced loss. And we are inspired by the strength that you have shown, day in and day out. And we will always honor the service and sacrifice that your loved ones have given our great country. We stand with you  and we always will."

This year alone, the Defense POW/MIA Accounting Agency has accounted for 135 U.S. personnel whose remains had previously been missing.