According to a new Defense Department report, sailors assigned to Navy ships at sea are far more likely to be sexually assaulted than service members at bases elsewhere. 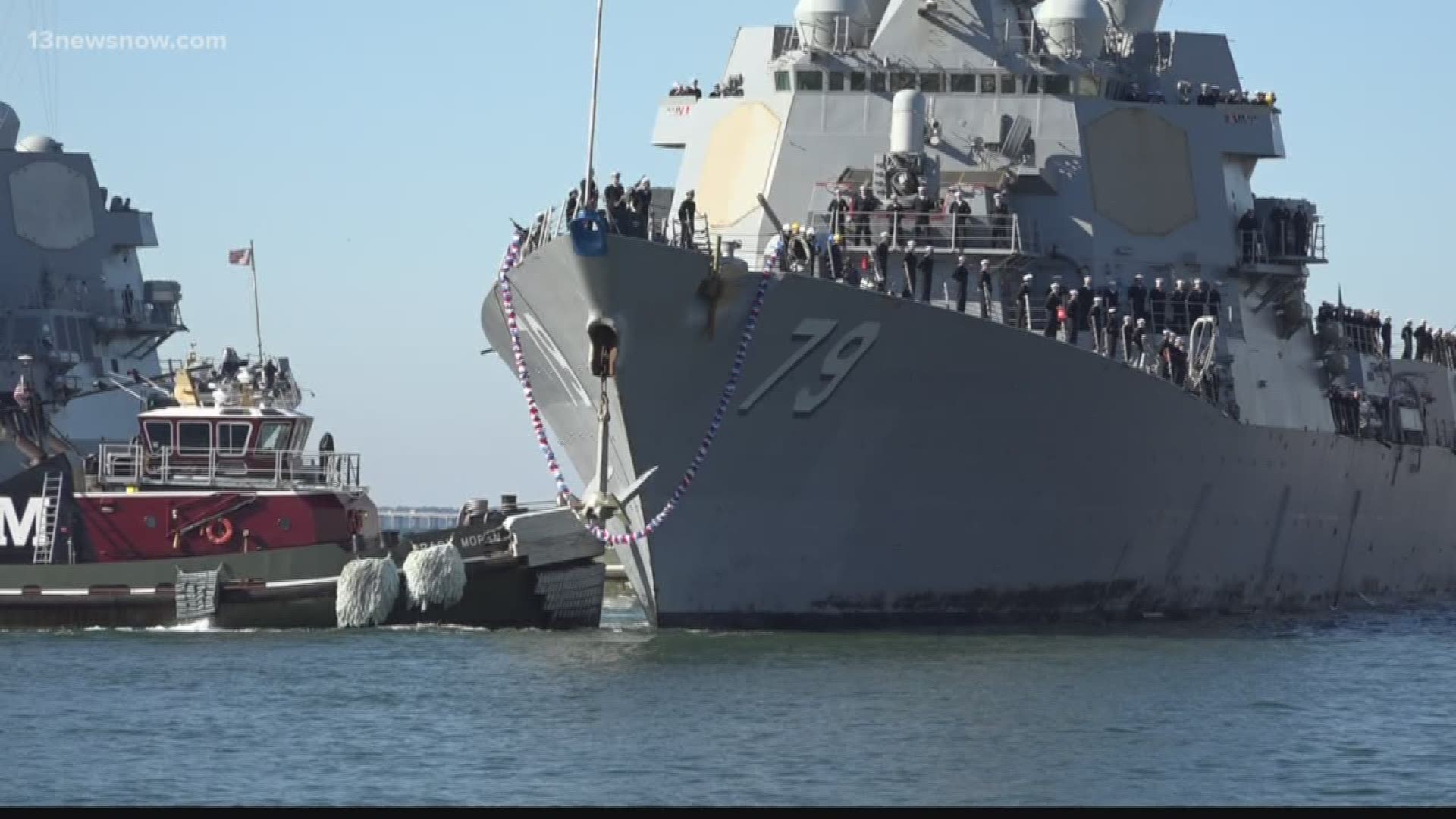 That is the conclusion in a new a new Defense Department report completed by the nonprofit global think tank, the Rand Corporation. It's based on 2014 data that was gathered through more than 170,000 surveys of active-duty service members collected by Rand.

The report lists the top 10 commands where sailors are most at risk for sexual assault. Included in that list, in 6th place, is the Norfolk-based aircraft carrier USS George Washington, currently undergoing a mid-life overhaul at Newport News Shipbuilding.

In 7th place, the currently Norfolk-based, but soon to be transferred to San Diego aircraft carrier, USS Abraham Lincoln.

Combating sexual assault has been a point of emphasis for the fleet for years. 13News Now was on hand at Oceana in April when more than 250 sailors took part in a sexual assault awareness obstacle course and team-building exercise.

"The Navy's people are our greatest asset. The Navy is committed to fostering a safe working environment for all sailors and civilians, and we will not tolerate any conduct that counters our Core Values. We are aware of the 2014 Rand Military Workplace Study Survey and we value the approaches that RAND takes to cutting edge research. The Navy has further engaged with Rand to help us take a closer look at the conclusions of this report by conducting the follow-on projects to provide more actionable information about where sexual assault risk is highest and lowest in the Navy. This information will be vital to us in determining where and how to target training, prevention and response resources. We take sexual assault seriously ahd specifically want to understand the 'why' presented by the data. Identifying protective and risk factors is essential to mitigating the risk of sexual assault for our sailors."