There hasn't been an official proposal from the Navy, but a report contends the aircraft carrier could be retired early to save overhaul and refueling costs. 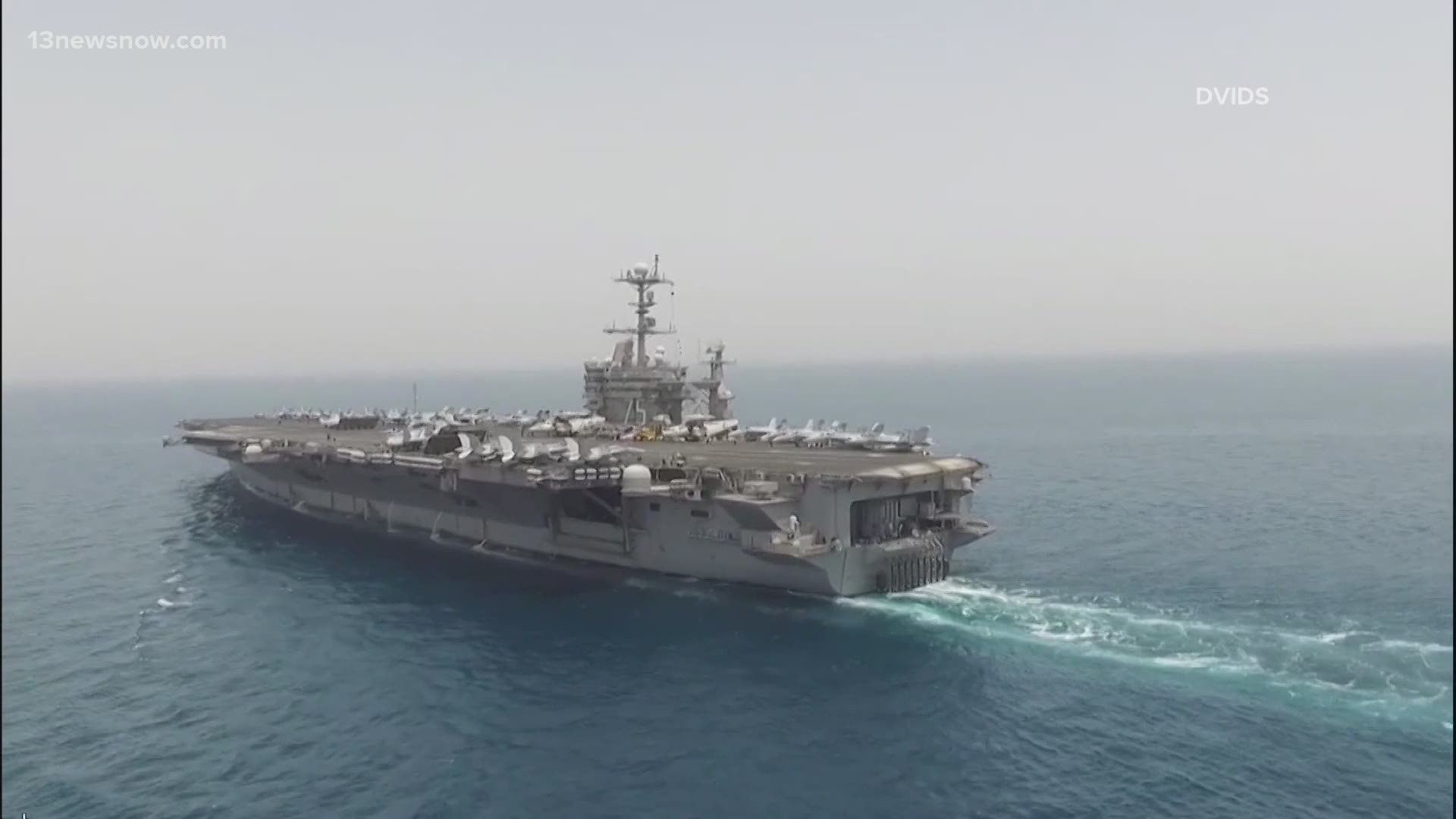 WASHINGTON — USNI News cited an unnamed legislative source when it reported that the U.S. Navy is considering revisiting a 2019 proposal to take USS Harry S. Truman out of service to save the costs of a mid-life overhaul and nuclear refueling.

"The bottom line is, getting rid of ships when you're trying to re-build the Navy is not a smart decision," said Rep. Elaine Luria (D, VA-02).  "You know, people can make the argument that I don't buy, that, we'll save some money immediately because we won't spend money to refuel it. But there's a lot of sunk costs in this carrier, with 25 years left in its life. And decommissioning it is obviously not going to be a long-term money-saving proposition."

Luria, who is a member of the House Armed Services Committee, said it's all just speculation at this point, but, she made clear Monday in a talk with the Hudson Institute, she's against the idea.

"This isn't the first time this has come up with Harry S. Truman of other refuelings," she said. "It seems like when there is a discussion of finding efficiencies, this is one of those things that get revisited over and over again. And I will tell you, I'll fight for the same outcome as last year and last Congress. We've invested a lot on our carriers, and it's not time to decommission them halfway through their life."

USNI News says Navy reconsidering 2019 plan to early retire USS Harry S. Truman to save cost of mid-life overhaul and nuclear refueling. Va. @RepElaineLuria says "We've invested a lot in our carriers and it's not time to decommission them half-way through their life." @13NewsNow pic.twitter.com/ullH2UG8TL

In February, Newport News Shipbuilding announced it had been awarded a $2.9 billion contract for the refueling and complex overhaul of another carrier, USS John C. Stennis.

“I am monitoring reports that the Navy is again contemplating canceling the overhaul of an aircraft carrier, this time the USS Truman," said Sen. Tim Kaine (D-Virginia), a member of the Senate Armed Services Committee. "I am skeptical this proposal will yield savings or avoid severe operational impacts. The costs to dispose of the USS Enterprise and the recent 11-month deployment of the USS Nimitz demonstrate these ships are expensive to retire and remain in constant demand. I have yet to see a business case to decommission one early and do not anticipate seeing one soon.”