There are five performances scheduled for June 3-6 at ODU's S.B. Ballard Stadium. 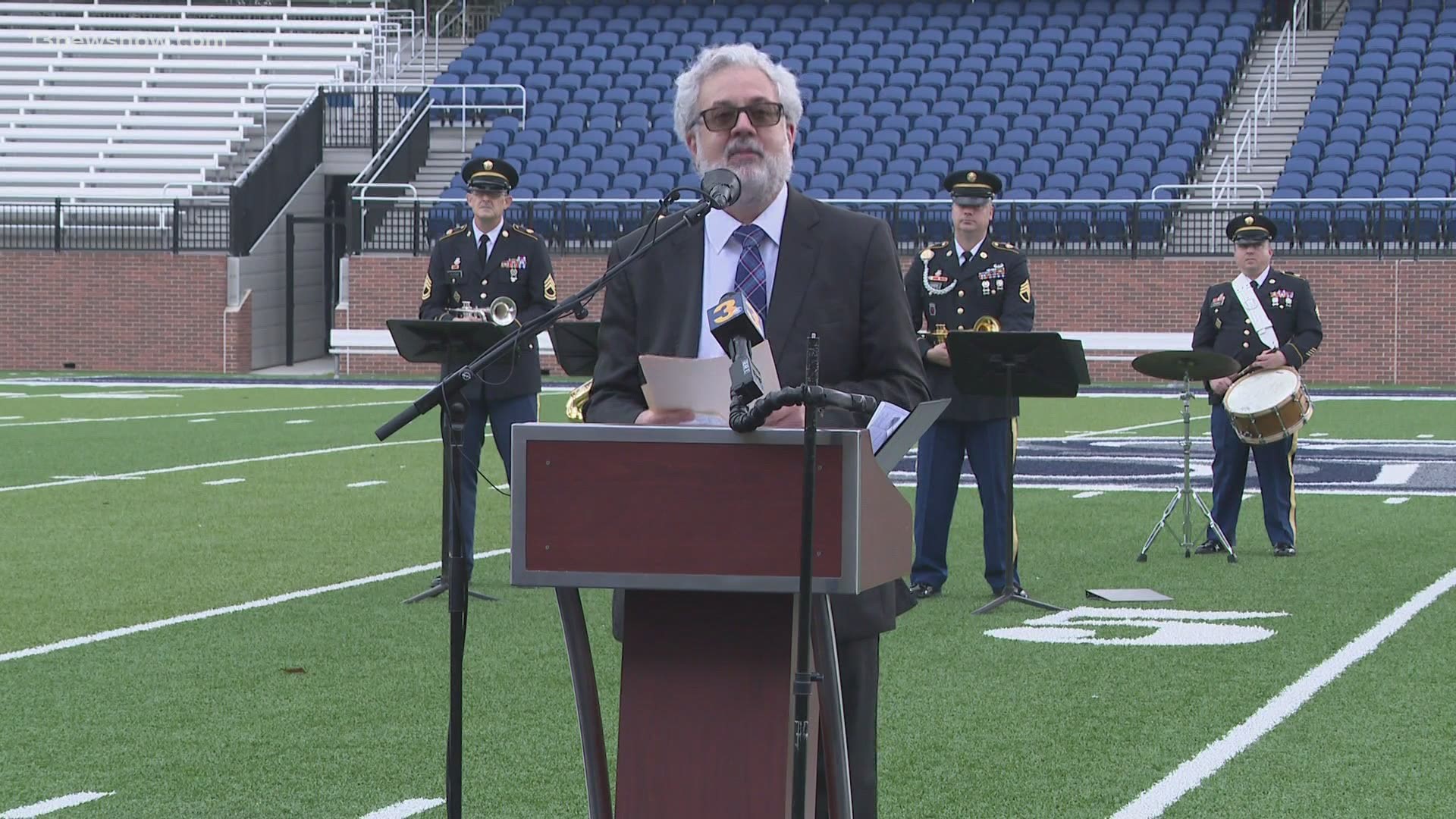 NORFOLK, Va. — One year after having to cancel all in-person performances, now, a beloved Hampton Roads cultural tradition is making its grand comeback.

The Virginia Arts Festival's Virginia International Tattoo went virtual last year, due to the coronavirus pandemic. The planned indoor shows at Norfolk Scope had to be scrapped.

This year, the extravaganza is back, but it will take place outdoors, at Old Dominion University's S.B. Ballard Stadium.

The facility's 21,944 seats are ideal for social distancing.

Dating back to 1997, the Virginia Arts Festival's Virginia International Tattoo has brought a spirit of patriotism, pride, music and friendship to Hampton Roads.

There will be many changes this year, but one thing that won't change: the annual salute to the military.

This year, they'll honor the heroes of the Greatest Generation – World War II veterans – which had been the plan for the 2020 Tattoo.

"We are one of the most military-tradition-filled places in the world," said Scott Jackson, the Tattoo's producer and director. "So, if you're going to see a Virginia International Tattoo, you're going to be connected to the military from the first note to the last and all the way in between."

Virginia Arts Festival Executive Director Rob Cross said he was glad they could be back in action.

"We're so thrilled we're able to bring the tattoo back this year," he said. "We just could not imagine having two years with the tattoo for our community. Enjoy."

There are five public performances scheduled between June 3-6, and all will adhere to the most up-to-date COVID CDC safeguards.

Tickets are on sale now.

The 2021 Tattoo will feature bands and drill teams of the Air Force, Army and Marine Corps, plus, bagpipers and drummers from the U.S., Canada, and the United Kingdom.

But, mostly importantly, it will feature a return to some semblance of normalcy after one-year-plus of quarantine.