A Master at arms was killed in bizarre gate-running incident at JEB Little Creek-Fort Story. A suspect was taken into custody. 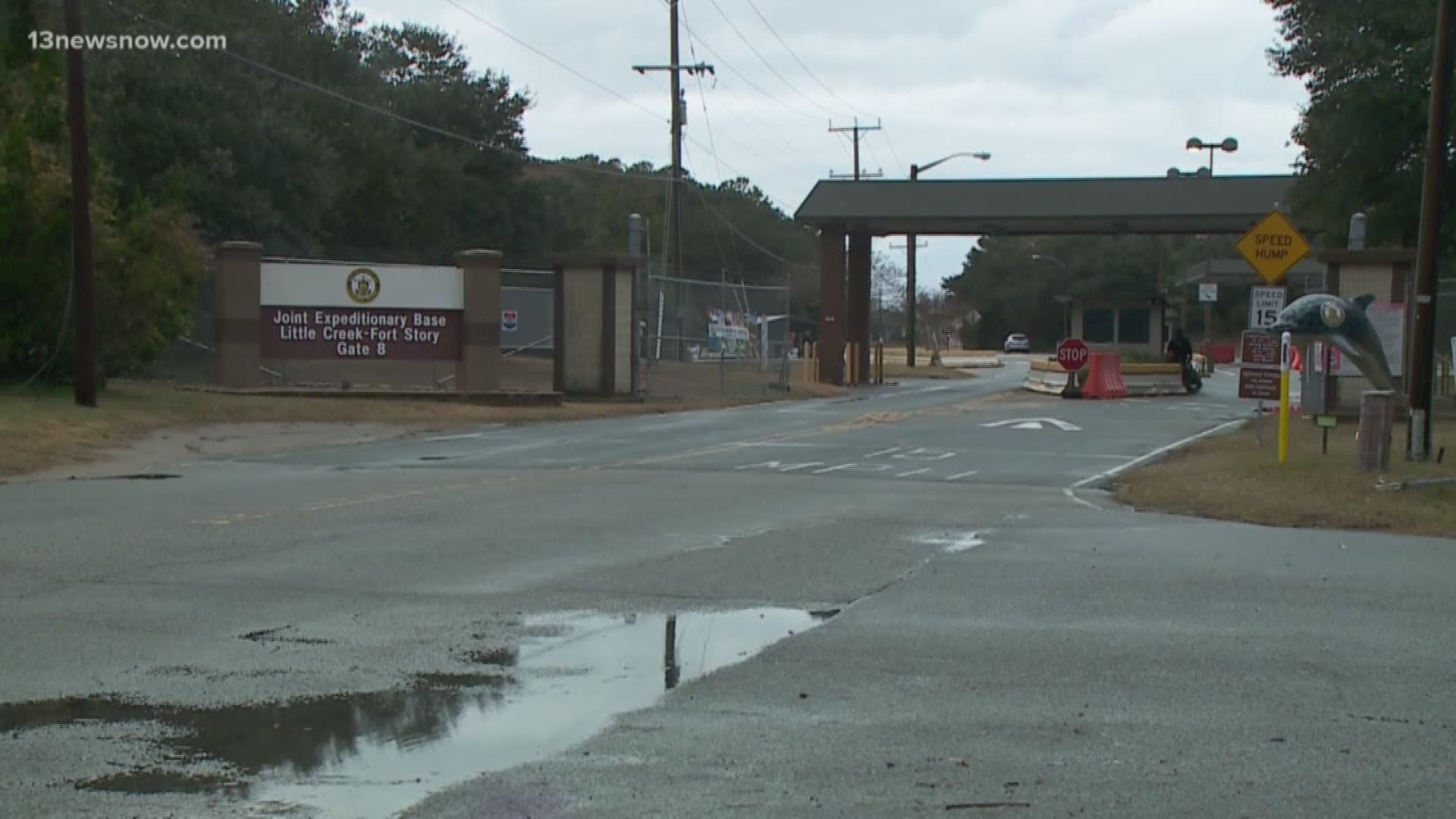 A fallen Navy Master at Arms was remembered Monday by his commanding officer at Joint Expeditionary Base Little Creek-Fort Story officer as "a great American sailor who protected this base."

The tragic case unfolded around 7:35 p.m. at Fort Story's Gate 8 on Sunday. A motorist traveling at a high rate of speed crashed into a base security vehicle, injuring to the sailor.

He was taken to Sentara Virginia Beach General Hospital, but he died shortly after arrival.

"Fort Story is a very small and tight-knit base," said Captain Joe Frantzen. "The loss of our sailors will not only be felt throughout the Navy, but even more so here at Fort Story, where he worked, where people knew him, his fellow ship-mates, active duty and civilian, served with him. Please hold the family close in your hearts and keep them in your prayers."

13News Now has learned the identity of the deceased sailor through a Go Fund Me page set up by his friends and family. But, Captain Frantzen said the Navy is withholding releasing the name officially until a complete notification of next of kin is complete. 13News Now is honoring that.

The alleged assailant has not been identified by Virginia Beach police, but he is in their custody. The investigation is being led by the Naval Criminal Investigative Service.

Captain Frantzen said he has been asked if this was an act of terrorism. He said, "This is not."

If all of this has a somewhat familiar ring to it, it should. Back in 2014, a truck driver managed to get through Gate 5 at Naval Station Norfolk. He made it to the USS Mahan, where, he killed Master at Arms Mark Mayo in a shootout.

In that case, as in this one, there is no known motive.