Three members of the Ike's crew were charged in Norfolk after a brawl started at the aircraft carrier's holiday party at the Norfolk Waterside Marriott. 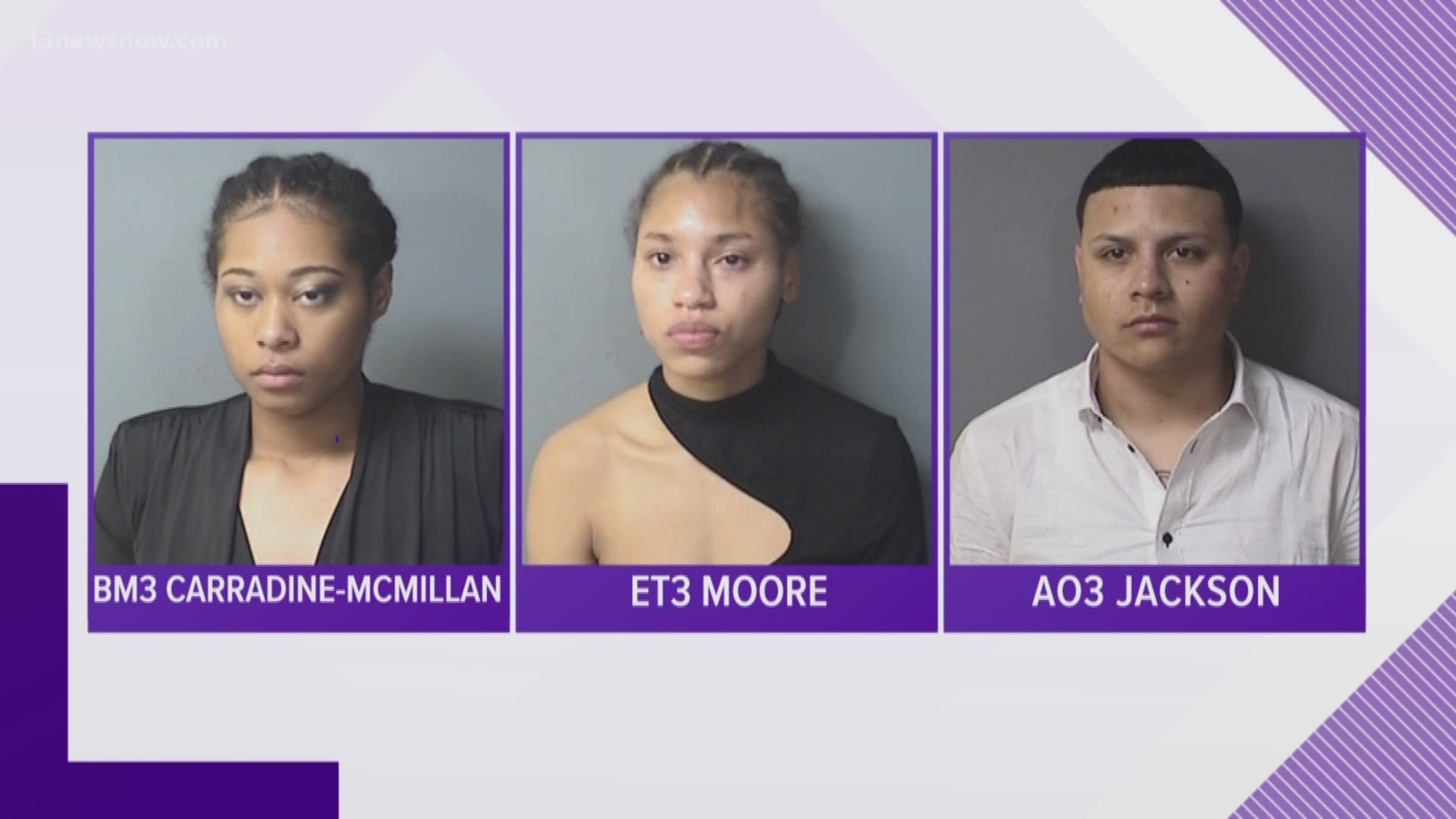 Video of the brawl at the Norfolk Waterside Marriott surfaced shortly after the get-together took place on December 17. In the video, some of the language gets intense, and there are a number of physical elements to the fight.

The sailors charged in connection to what happened the week before Christmas are:

Online court records show that Jackson was charged with Disorderly Conduct and Drunk in Public.

Cmdr. Jennifer Cragg with Naval Air Force Atlantic told 13News Now that no disciplinary action had been taken against the sailors. Cragg said that the command investigation into what happened still was taking place, and it wouldn't be appropriate for her to speculate on how it would turn out.

Cragg wrote, "In terms of accountability, all administrative and or disciplinary options will be considered, as appropriate, once the investigation is complete."

Roughly 1,500 sailors and guests were at the party.

Jackson, Carradine-McMillan, and Moore declined to talk about the incident.