The dock landing ship has reportedly been avoiding ports of call over the last several months due to the illness. 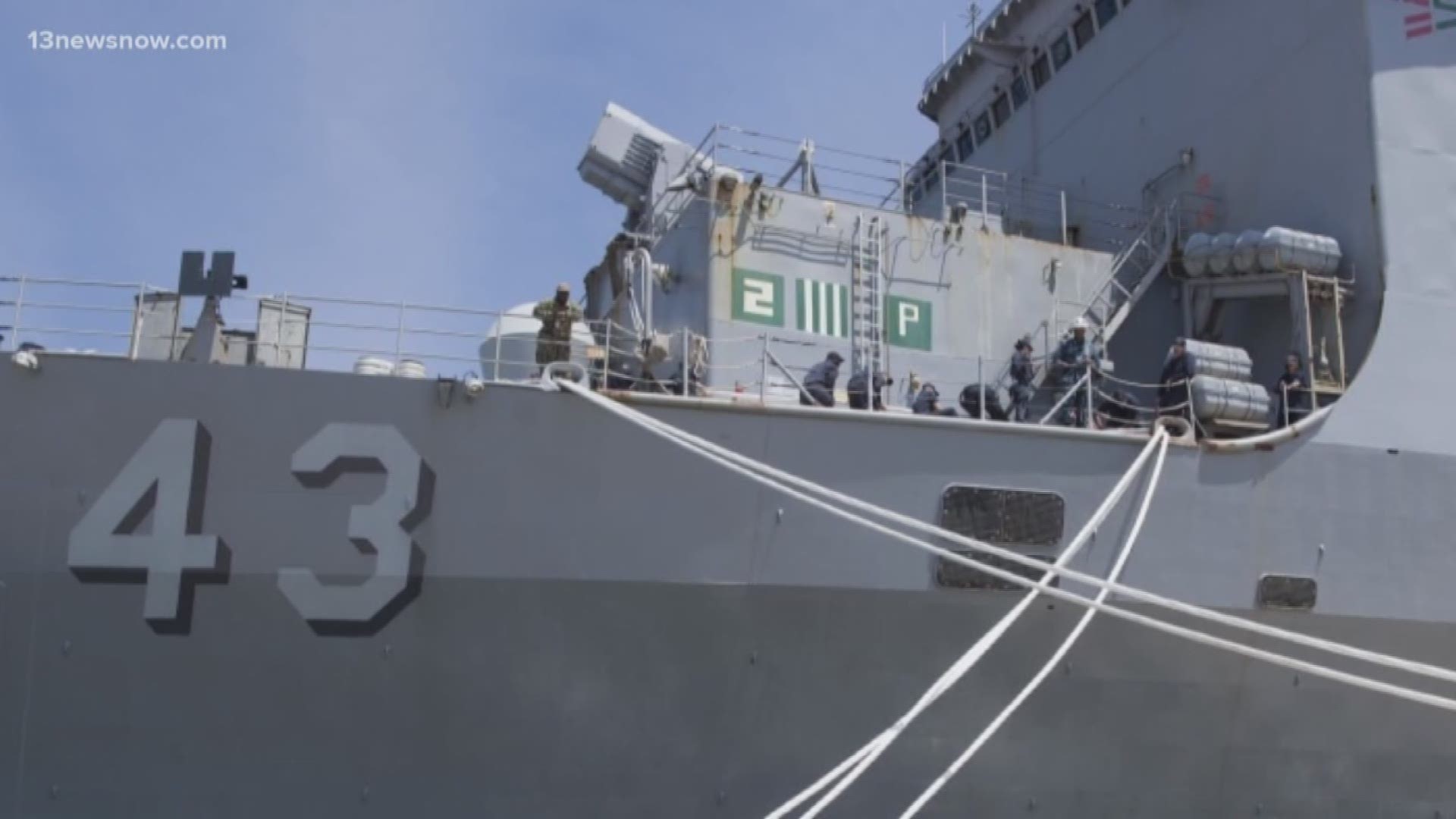 JACKSONVILLE, Fla. — A US Navy ship has been stuck at sea for months following a viral infection similar to mumps.

According to Business Insider, 27 of the 703 service members aboard the USS Fort McHenry (LSD 43) have been diagnosed with parotitis.

Twenty-six of the Sailors and Marines aboard the USS Fort McHenry diagnosed with the illness have returned to duty and are expected to make a full recovery.

Although the viral infection can be life-threatening, none of these cases are considered to be.

Like mumps, parotitis affects the saliva glands and has symptoms that include a swollen face, fever, dehydration and chills.

"Parotitis, like mumps, is a viral illness where patients can be generally feeling very weak, tired and fatigued for days," said Dr. Tariq Iqbal, an Infectious Disease Specialist at Sentara Princess Anne Hospital.

"You are not only ill with fever and body aches and nausea, but you are also having difficulty eating food, chewing," he said. "It is a serious illness"

According to the Navy's Fifth Fleet in Bahrain, those affected were quarantined and treated in the ship's medical facilities. Areas, where sick service members lived and worked, have been thoroughly cleaned and disinfected, officials said.

Out of "an abundance of caution," the Navy said, all of the crew members have been given booster vaccinations for measles, mumps, and rubella.

There have been no new active cases found since March 23rd.

Iqbal is not surprised an outbreak such as this could take place in such close quarters.

The Fort McHenry, which is homeported at Naval Station Mayport in Jacksonville, Florida, has been on deployment to the Middle East since December 22. The first case of parotitis was reported shortly after the deployment began.

The ship has been avoiding ports of call over the last several months due to the illnesses, Military.com reports.