Shipyards would get $25 billion boost under new bill

The idea is to help yards modernize, upgrade and keep work forces employed for decades to come. 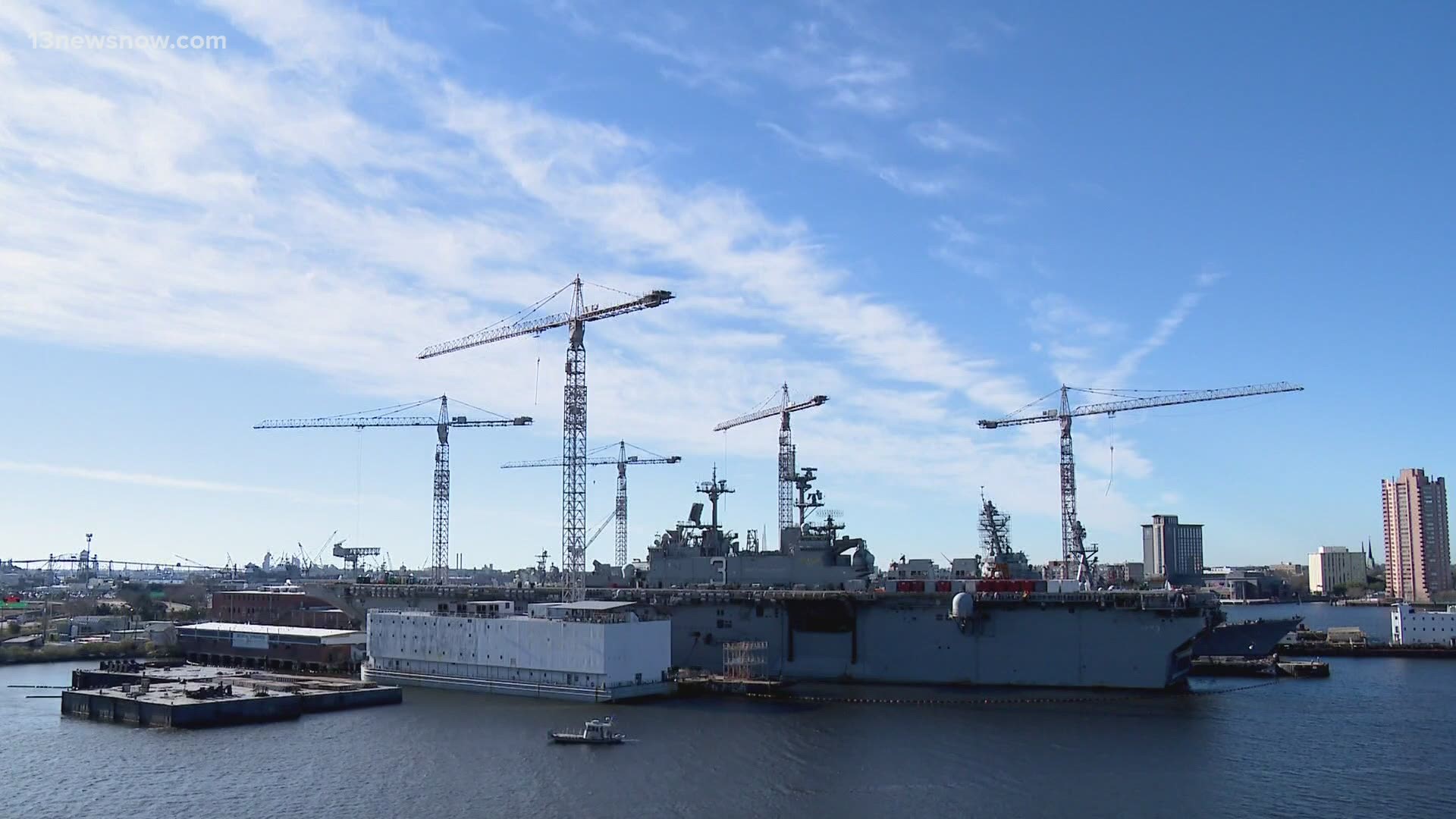 NORFOLK, Va. — The  "Supplying Help to Infrastructure in Ports, Yards, and America's Repair Docks (SHIPYARD) Act of 2021" would provide $25 billion overall for upgrades and modernizations for public and private shipyards that build and repair the Navy fleet.

"Our shipyards are part of a critical infrastructure that both hire people and keep us safe," said Sen. Tim Kaine (D-Virginia).

"And it is primarily about the public shipyards," Kaine continued. "But it also includes funding for some of the private ship repairers, and that is very, very necessary. The private ship repairers in Hampton Roads and elsewhere are long-standing parts of the local economy and they're necessary for the military mission to keep our ships and subs out on the water and operating at high effectiveness."

The Virginia Ship Repair Association is excited to hear the news.

"I think it certainly sends a signal of recognition we're not forgotten, we're an industry that is absolutely critical to the nation," said Bill Crow, President of the organization, which represents over 285 member companies whose combined businesses have an economic impact in the Hampton Roads area of more than 60,000 jobs, $6.4 billion in economic impact and $4.3 billion in employee earnings and benefits.

Original local sponsors of the measure are Democrat Tim Kaine on the Senate side and Republican Rob Wittman on the House side. The proposed bill comes following a decade of budgetary uncertainty from Capitol Hill.