A spokesman for the U.S. Department of Defense said any question about the military helping to quell unrest after the November 2020 election is "hypothetical." 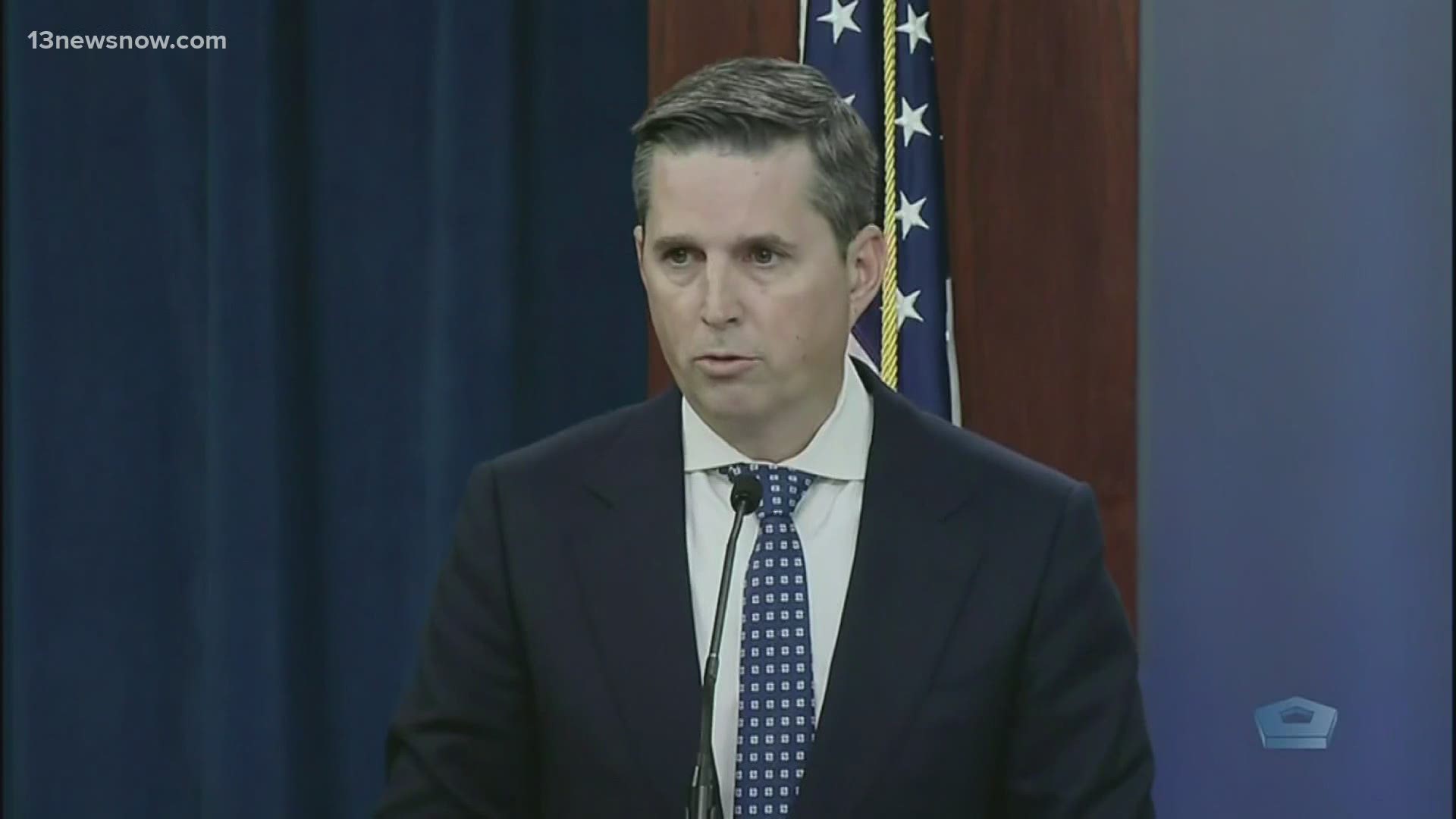 WASHINGTON — The Pentagon dismissed talk of potential military involvement in any post-election chaos.

The Department of Defense was asked if the military is prepared to step in to provide support to civilian authorities, in case there's unrest after the election.

Jonathan Hoffman, spokesman for the DoD called such a scenario, 'hypothetical."

"I would just say we have a Constitution," he said. "And our Constitution, which all members of the military have sworn an oath to, provides no role for the military as arbiter of political or election disputes. The issue appears to be born of un-serious thought reflecting a fundamental lack of appreciation for the history of our democracy and the civil-military relationship established by the Constitution."

President Donald Trump raised the prospect that he won't accept the results of the November election, claiming, without foundation, that mail-in voting could lead to widespread voter fraud.