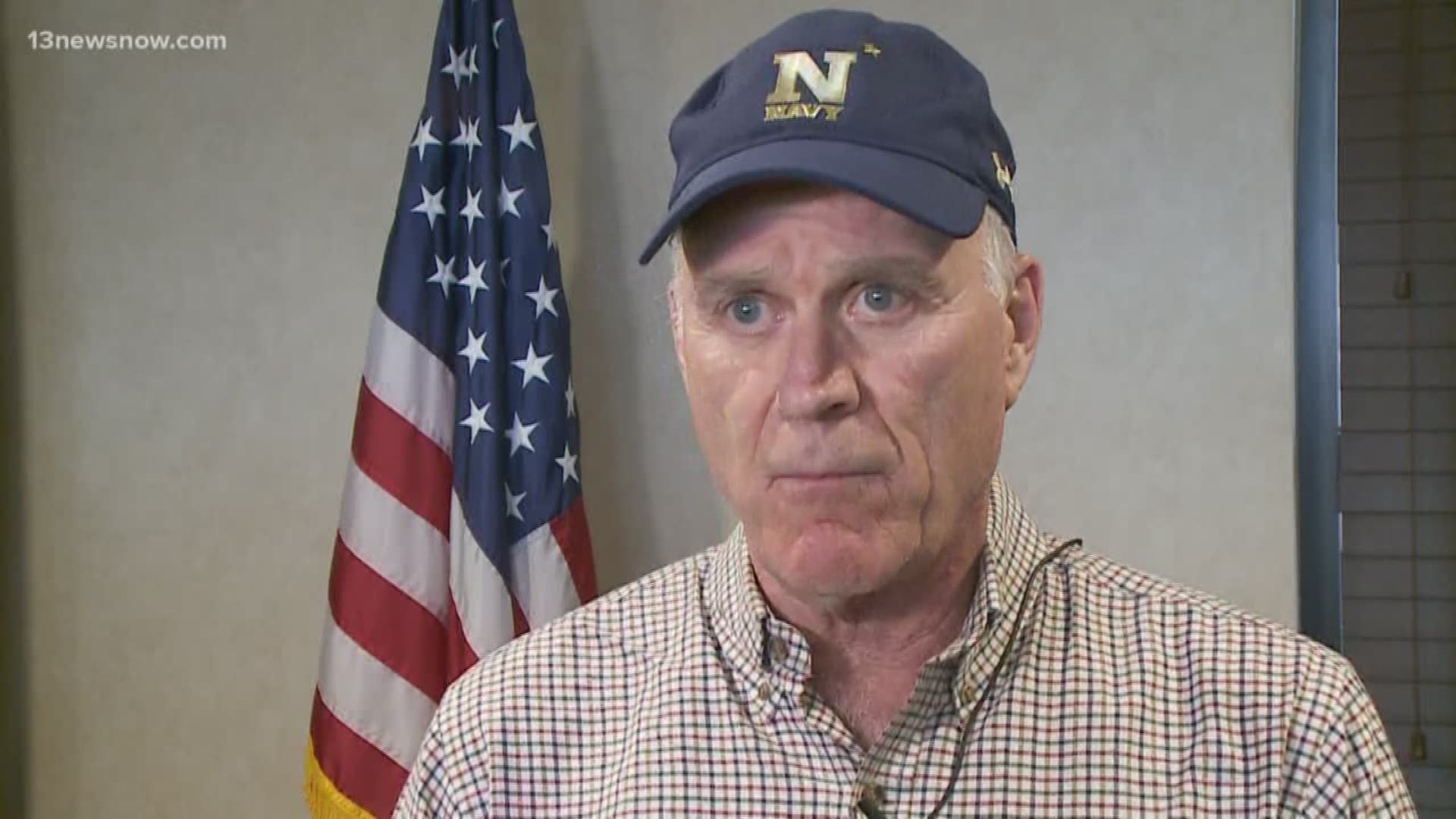 NORFOLK, Va. — Ever since its commissioning more than two years ago, the USS Gerald R. Ford has been in the news, but, for all the wrong reasons.

The $12.9 billion aircraft carrier most recently has been under fire for faulty weapons elevators.

Following a visit to the ship Sunday, Navy Secretary Richard Spencer said seven of the 11 elevators now work and four have been certified.

Still, he was unable to say exactly when the Ford will be able to deploy.

"How long until she's ready, we are actually going to give her to the Navy and make her combat deploy-able?" he said. "We're going to let you know. That's going to be before 2024, I guarantee you that."

Spencer's trip  followed a well publicized dust-up with 2nd District Congresswoman Elaine Luria who questioned the slow pace of progress on the Ford, calling it, " a carrier with no combat capability."

Spencer acknowledged that Congressional oversight is appropriate, but, repeated an earlier comment he made that such criticism harms morale.

"I totally get oversight," said Spencer."That's the role of Congress. What I was concerned about was the fact that I have a whole bunch of people on both the deck-side and pier-side working their hearts out, and to have disparaging comments like that didn't help me to get the ship out. Oversight I get it. Help is what we're looking for going forward."

Luria's scrutiny of the Ford last week followed earlier comments by President Donald J. Trump. He said the ship is "no good." He also said it's so advanced, it takes Albert Einstein to operate it. The President also said the Navy would be better off if it returned to steam power instead of the electro-magnetic launch system being used by the Ford.

Spencer was critical of Huntington Ingalls Newport News Shipbuilding, saying the Navy didn't get notified in a timely enough fashion about the elevator problems, calling those delays "a bit of a gut blow."

"I want to make sure the senior managers and board of directors at HII Newport News are aware of this and applying the appropriate resources to get us tackled down," he said.

Spencer went on to say the "work force is doing a great job," and he's satisfied the lessons learned from the Ford are being applied to the next carrier coming behind it, the USS John F. Kennedy.