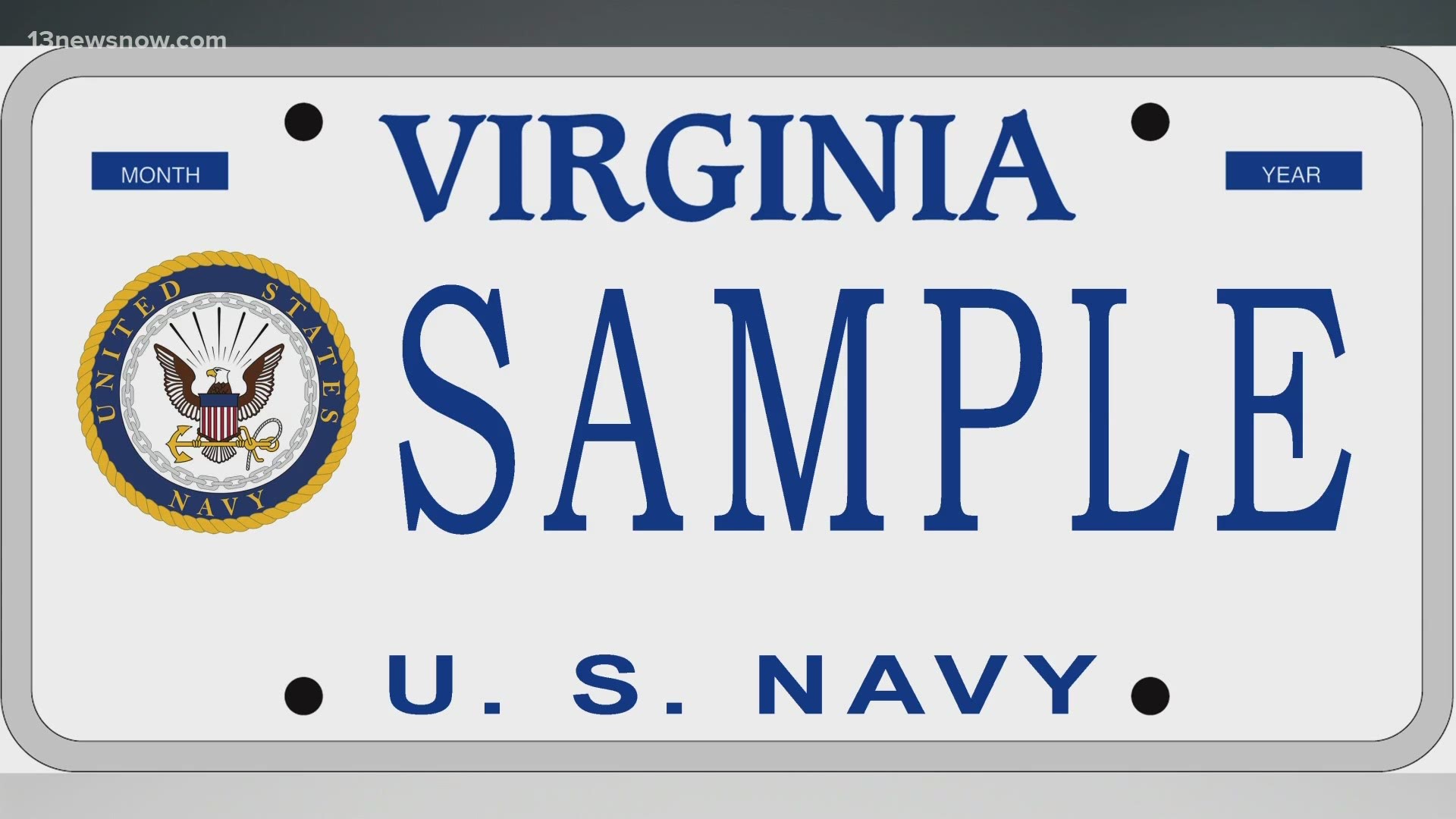 NORFOLK, Va. — Of the 7.8 million registered vehicles in Virginia, motorists have around 300 types of unique, custom specialty license plates from which they can choose.

But astonishingly, here in the home of the world's largest Naval Base, the East Coast master jet base, and, the nation's oldest Naval shipyard, there is not a plate to honor actual sailors. There's not a U.S. Navy plate.

"To give them credit, the Army, the Coast Guard and the Marine Corps do have plates," said Roger Hirsh of Suffolk, a retired Navy captain, who served as a pharmacist. "It's the Navy and the Air Force that don't."

Hirsh hopes to change that. For four years, he has led the state-wide effort to make the plates a reality.

According to Virginia Department of Motor Vehicles regulations and under state law, Hirsh needs 450 pre-paid pre-orders, in order for State Senator Jen Kiggans to take her bill to the General Assembly to get the plate approved.

As of this second, Hirsh is still 117 signatures short.

"It's been a grind but for the most part, they've all stuck with me, from the very beginning in 2017, and some as recently as this past week," said Hirsh. "It's been a labor of love, a labor of frustration. But it's kind of been a passion project." 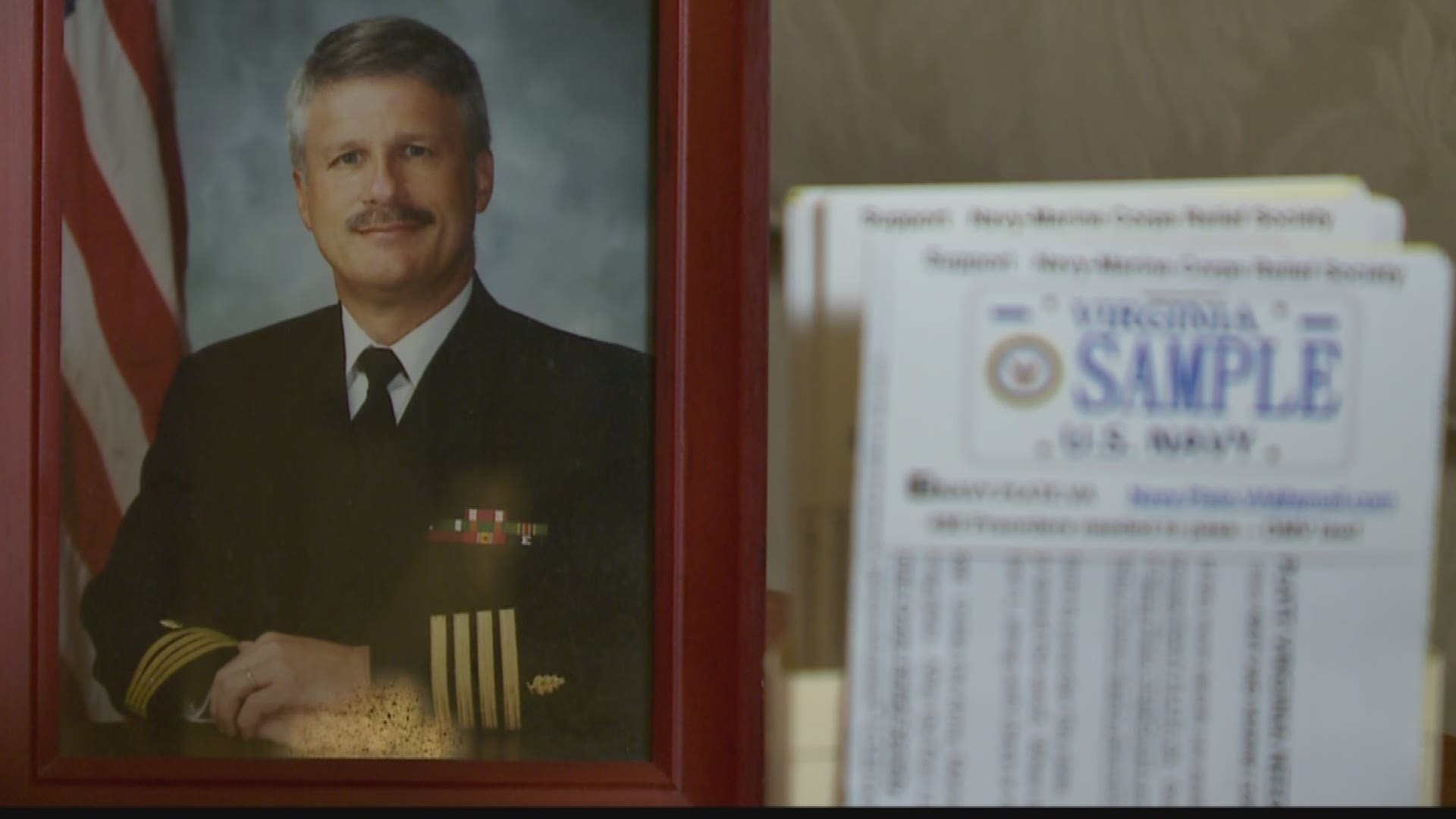