The Coast Guard Commander expressed Hampton Roads should prepare for the storm now. 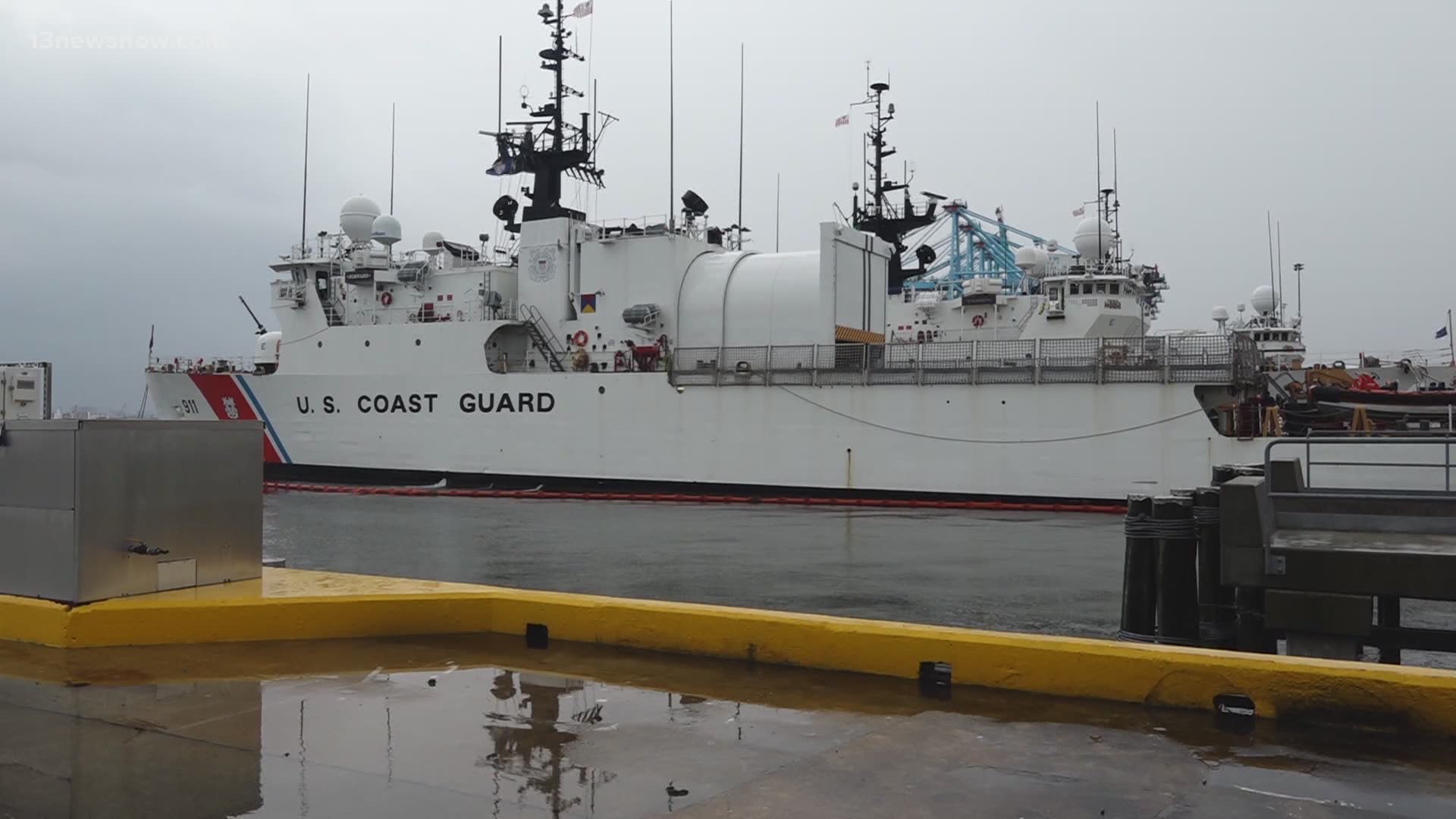 “Right now, based on the storm track, we do expect to have tropical-storm-force winds off of Virginia Beach and Cape Henry areas," said Stevens.

He explained the port may close soon depending on the storm's path.

“I am anticipating potential port closure for late Monday sometime, but there’s a lot of uncertainty right now with regards to the track of the storm and the intensity and I won’t be a decision I am able to make until Sunday," he said.

Boaters are being told to tie down and stay docked. Stevens pointed out a rescue during a hurricane is risky.

“Every time we see one of those, I will tell you we do take it as a potential person who has gone into the water with a piece of flotation, and then we’ll go through the entire search and rescue process. They might include the launching of helicopters, a launch in small boats to find out where that came from," said Stevens.

Stevens explained how people should respond if they are experiencing trouble in the water.

"Don’t use social media, use 911 if you have a charged cell phone. But most preferably, use VHF marine radio channel 16. That’s the international call sign for distress," said Stevens.

He also said the Coast Guard is following all Centers for Disease Control and Prevention guidelines to make sure all the crew members stay healthy during this pandemic.